Jeff, Cooper and I have been doing a mishmash of fun stuff lately. With a lull in the stream of visitors – which ends this Thursday when Shelly arrives – we’ve just been bopping around experiencing bits and pieces of the city.

First, spring has definitely sprung here. Trees have already flowered and shed their petals, and we’re expecting our first full week of sun. I’m stoked. Rain gets a little old. 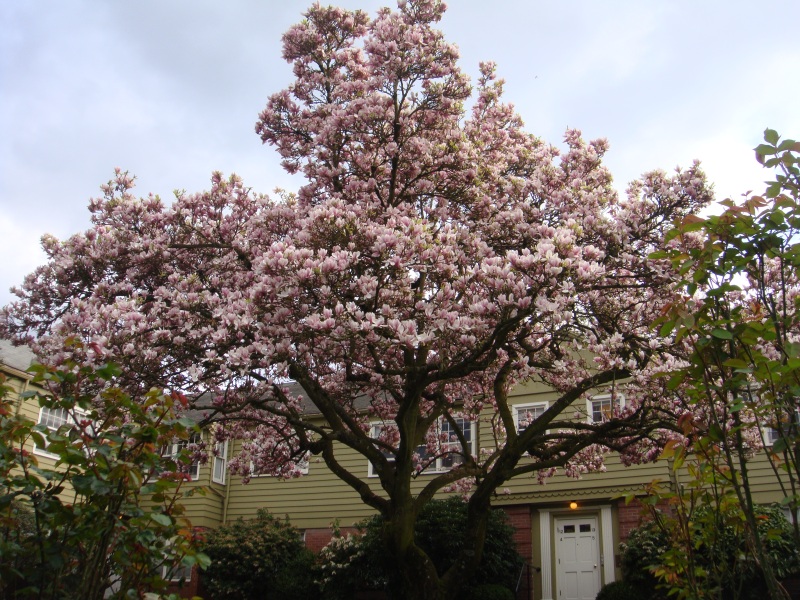 Spring marks the start of the season for our brand new Major League Soccer team, the Portland Timbers. Their home opener was this past Thursday, and it POURED. Jeff and I had been mulling over buying some marked-up tickets but were pleased we didn’t. We did slosh down to the stadium neighborhood to grab a few beers and experience the excitement.

We snaked our way home, and happened upon a demonstration. Something about jobs. We listened for a bit and it didn’t suck us in. I get the sense Portlanders are big on demonstrations. Definitely a progressive city, which is a good thing. 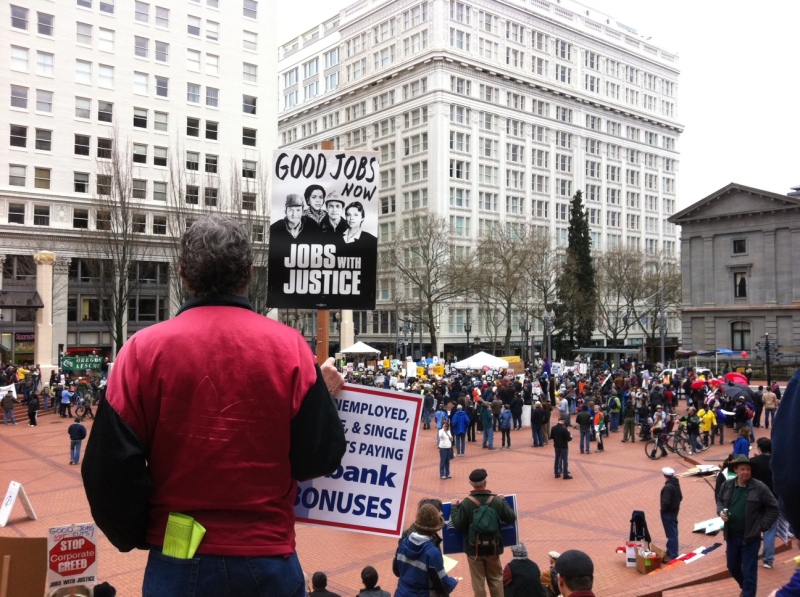 Today, the lure of a good local coney dog brought us to Nick’s Famous Coney Island in the Hawthorne neighborhood. Eh. Doesn’t hold a candle to Coney Joe’s in Brighton, Mich. I think it’s a futile effort trying to find anything close.

What we did find was a neighborhood full of pirates. Adults, kids – tons of pirates. I now know it was part of the annual Hawthorne Pirate Treasure Hunt. Who thinks of these things? Portland has the most bizarrely creative events. And people. Here’s a bagpipe-playing pirate (don’t quite get the connection). 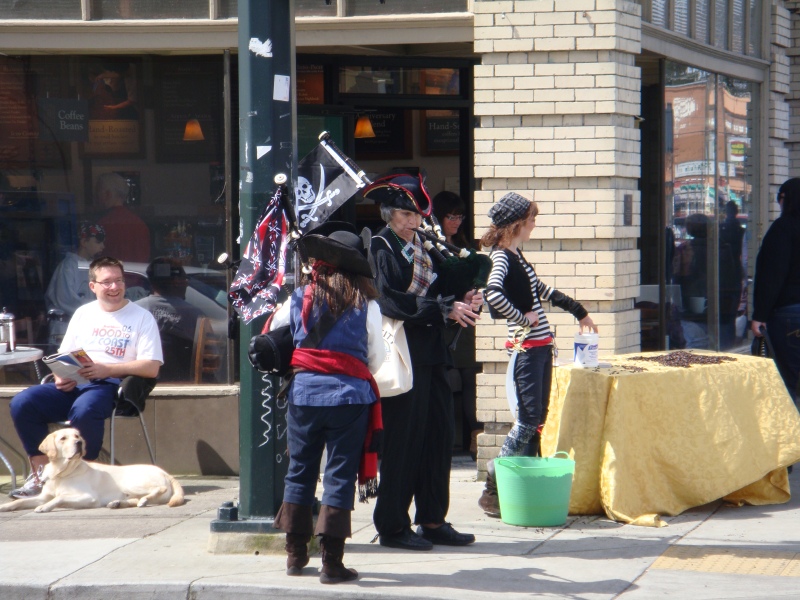 We needed to walk off those coneys, so Jeff, Cooper and I walked up and around and all over our Northwest neighborhood. We walked into the hills and ogled over the beautiful houses – and the hundreds of bikers laboring up the steep hills – and later walked to the local chocolate cafe, Moonstruck. Somehow we haven’t visited it before, so we grabbed some warm beverages and sat outside enjoying the sun.

Cooper also met a “mini me” version of himself while we sat at the chocolate cafe. (And I realized he needed a brushing because she looked much less scraggly than him.) It’s a rare occurrence that we ever come across a dog that looks like Coop – where was my camera?