My summer in Brussels changed me in lots of ways, including making me develop a love for big-city strolls and getting around sans car. To be able to live without a car is kind of freeing, plus I feel like it connects you more to the city. You see more people, more sights, and you feel slightly hip for being earth-friendly. Of course, the city needs a good transit system to support that, and luckily, Portland falls into that category. Jeff and I have occasionally used the web of TriMet trains, streetcars and yes, even buses to crisscross the city. But I never had to rely on it for commuting to work, over the hills and through the woods to the Nike suburb of Beaverton. That changed this week.

First, Jeff got a job! Yay! He started this week as a sourcing consultant for Denali Group, headquartered up in Microsoft country, Bellevue, Washington (just outside of Seattle). He had to do three days of on-boarding at their office before they unleashed him on his first project at Nike. (Double yay – how convenient!) That means he took our one car up to Bellevue, and I was left Jeep-less in Portland.

My commute to work is usually a breeze. It’s a 20-minute drive there, 25-minute drive home, usually via a scenic two-lane road through the wooded hills. This week, I discovered the mass transit commute was more like one hour or 1.5 hours, which is a bit of a drag but tolerable when necessary. The commute went like this: going to work, I’d walk three blocks to the streetcar stop, ride it downtown, then transfer to the MAX train, which would chug across the countryside to Beaverton. There I’d hop the Nike shuttle van and head to work. Three legs to my trip! This went semi-swimmingly besides a couple little hiccups.

Taking the MAX to Beaverton in the morning

First, one morn I followed a Nike driver’s ill-advised directions and got off at a train stop that I later discovered wasn’t actually on the Nike shuttle route. Forty minutes of shivering outside at the stop in the foggy 40-degree weather ended with a $15 cab ride to work. Lesson learned: research the Nike shuttle route.

Second lesson: always wear headphones. Mass transit, while semi-cool in an eco-friendly way, can be a bit of a breeding ground for oddball characters. One Central European man next to me muttered to himself for 20+ blocks. Many will chat your ear off, like the Nike-loving Jamaican baker who was bugging me for an employee store guest pass in exchange for bread and cookies. (He drove a hard bargain…) Lesson learned: don’t be the friendly girl on the train. The iPod is a must.

The muttering Central European (aren’t I a sneaky picture-taker?)

Now Jeff and the Jeep are back, and our one-car-family streak continues as we start sharing our commute to Nike. But I have a new appreciation for the Portland transit system – we might even do a train exploration day where we hop off at all the MAX stops and see what’s around. (Hopefully that doesn’t sound like a sad and warped sense of fun?) 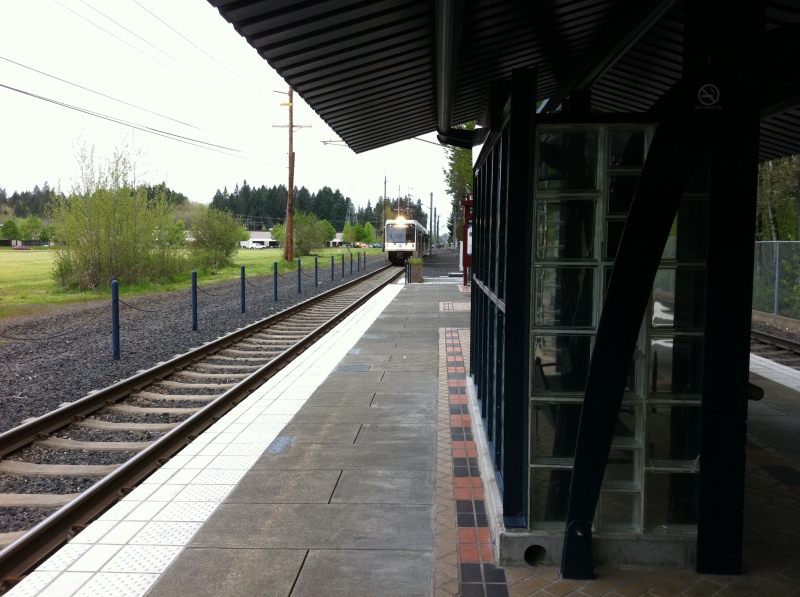 Here comes the MAX train! At the Beaverton Creek station. 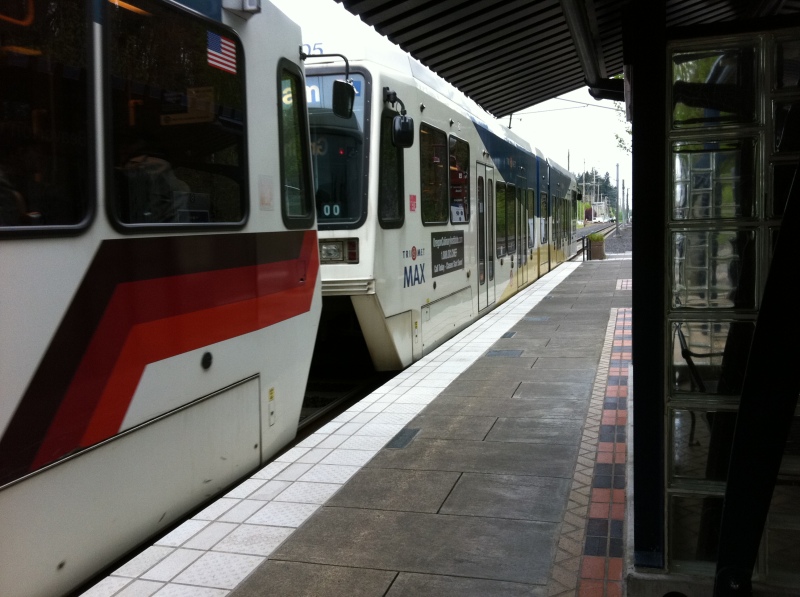 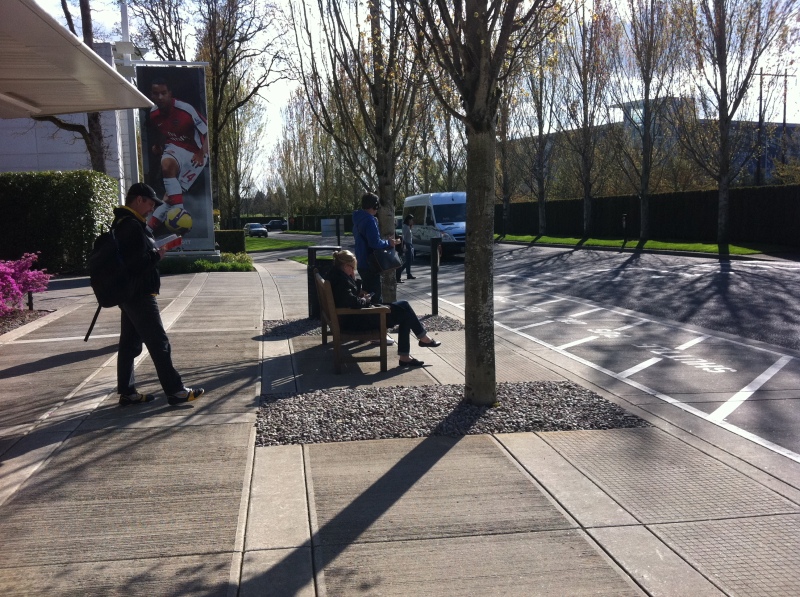 The Nike shuttle rolling up to the stop outside my office 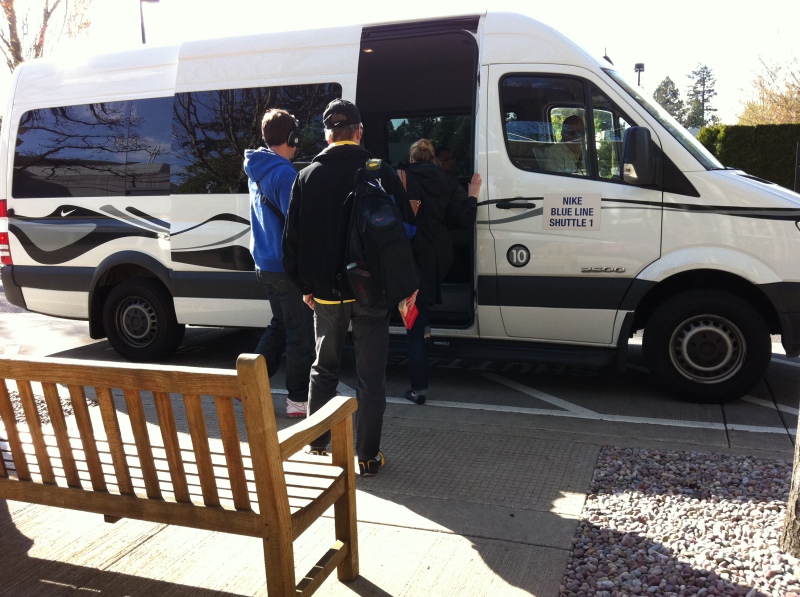 Yet another streetcar character (sort of sad, really)