I hit the big 3-1 yesterday. I’m a big fan of birthdays (or any holidays for that matter), but I’ve definitely hit the age when they’re a little funky feeling. I’m in my thirties, seriously? Feels too odd to me. Although I must say, I am extremely happy about my place in the world at 31. 🙂

For my special day, Jeff and I landed on a very interesting, mishmash of an agenda. Perfect for the “myriad of interests” Geminis usually have. (Me on any given day: “Let’s go to a Native American art showing! And after that, we can swing by the carnival! Hey, I signed us up to walk in the Pride Parade!” – More to come soon on that last one.)

After working our “summer hours” half day Friday, I came home and opened my present from Jeff. New camera – yay! Mine has been dying a slow death, and he and our photographer neighbor Daniel co-conspired on what fancy little camera to get me. I need to do a thorough read through the manual, but hopefully I’ll notice some difference in my picture-taking skills! 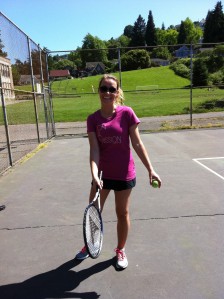 First, we walked the two blocks to Wallace Park to play some tennis. It was a gorgeous, 75-degree day, so it was a great excuse to get outside and get some sort of workout. Cooper came with us and enjoyed some frisbee time.

We headed home, cleaned up, and headed to Jo Bar for dinner. Again, still gorgeous weather so we enjoyed a little outside dining before heading to one of our favorite watering holes: Rogue Ales Public House. This part we had planned for months (sadly, maybe), because as a member of Rogue Nation, birthday people get a free 33-ounce beer AND t-shirt. Definitely cashed in on that.

Here’s where it gets interesting: Jeff surprised me with tickets to a tour of the underground Shanghai Tunnels. Supposedly, shanghaiing was a maritime practice where able-bodied men were snatched and sold to sea captains who forced them to work aboard their ships for no pay. Portland was unique because trap doors (known as “deadfalls”) were used to drop the unsuspecting victims from saloons above into the “Portland Underground,” where they were held in cells, drugged, and then pulled onto ships setting sail on the Pacific. Creepy! Who knew the city has a bunch of underground tunnels – even five stories deep in places.

We capped our night off with a late-night cone at Ben & Jerry’s. Happy birthday to me. 🙂 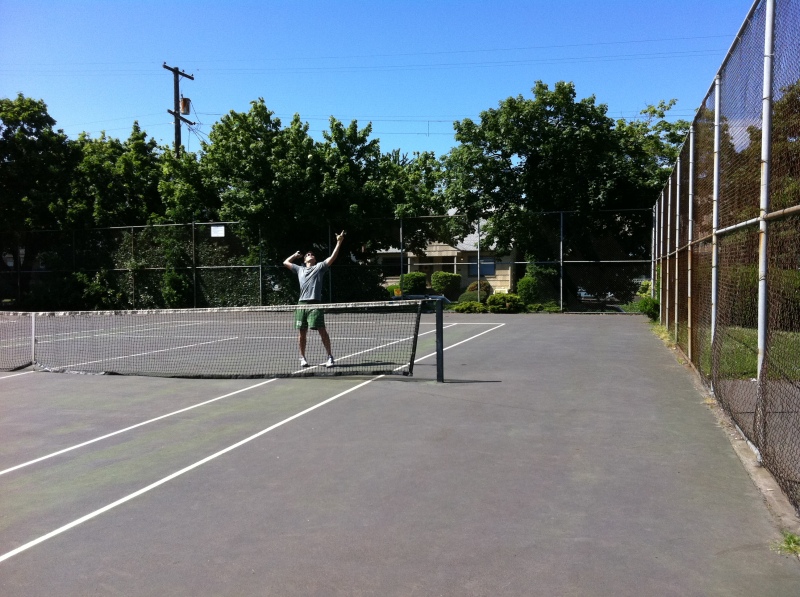 Jeff on the tennis courts at Wallace Park 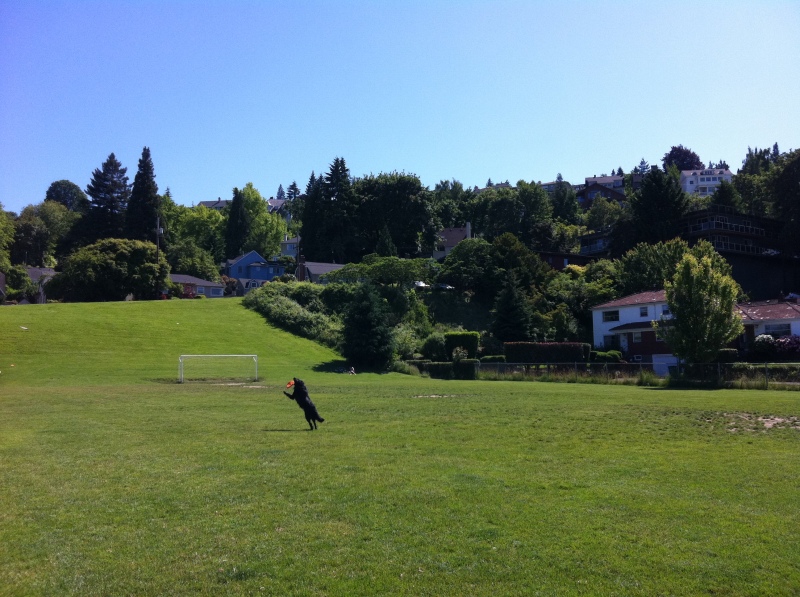 Cooper and his frisbee in Wallace Park

View of Mount St. Helens (notice the flat, blown-off top!) on our walk

Babysitting our neighbor Slugger while the Starks are in Chicago 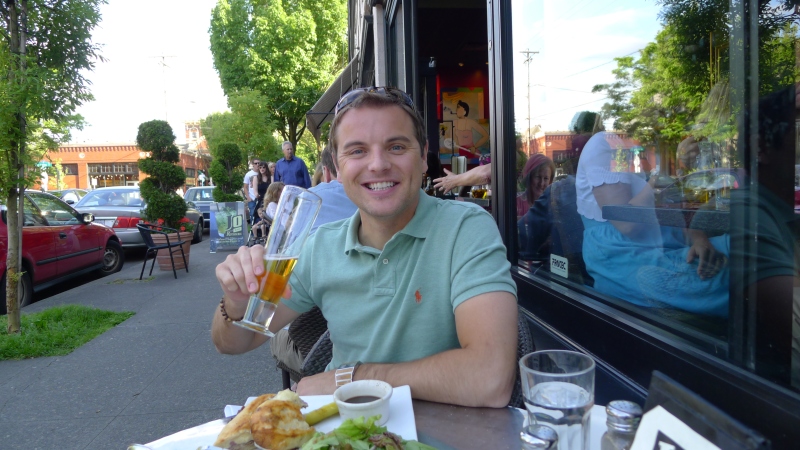 Beers and dinner at Jo Bar

One entrance/exit to the Portland Underground*

Me creeping through the dark Portland Underground*

Staircase up to the bars above*

Trapdoor from saloon to Portland Underground*