America’s birthday came up a little quickly this year. Technically, it’s a 3.5-day weekend for Jeff and me, so we knew we had to make something of it, but we just didn’t have the energy to plan anything. Maybe it’s just me, but sometimes planning fun activities seems like a royal pain in the rump. So at the eleventh hour we picked a random coast city (Newport, Oregon), booked a dog-friendly hotel, and planned to hit the road the next morn. 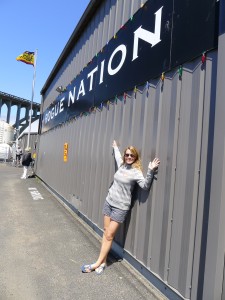 Ah, Newport. What a perfect little town. Can you ever go wrong with a city on the flipping Pacific Ocean? First, it’s home to the world headquarters of Rogue Ales, one of our faves. The brewery was our first stop, where we scored a half-off box of beers and even a free tie-dyed tee for me! (There’s a backstory to the latter.) Newport also has a fishing town-like area on the bay, which means fresh-off-the-boat seafood. But most importantly, Newport has ridiculous beaches. And somehow, even with our last-minute hotel reservations, we still scored an oceanview room that overlooked the crashing sea. (It was so loud I thought it was the A/C running this morning. Nope – just the waves.)

The beach is what consumed most of our time on Saturday, and Jeff and I have the sunburns to prove it. Cooper swam and chased his frisbee and loved life. When we all had our fill, Jeff and I cleaned up, got some seafood at Local Ocean, snagged some drinks and played trivia with three barmates at Rogue Ales Public House (different location than the brewery), and ended the night at the divey Bay Haven Inn.

On Sunday, we had a sinfully delicious breakfast at La Maison Bakery & Cafe and started our drive home. We pulled off to check out the Yaquina Lighthouse – which we could see in the distance from our hotel – and it was AWESOME. We hiked down to the ocean, where the beach was made up of smooth black lava rocks instead of sand. It was also home to harbor seals, who were sunning on the rocks and chillin’ in the water. The blue sky, a cool breeze, and a roadtrip with my two boys made me appreciate the fact that summertime has officially arrived.

To ring in summer’s arrival (well, locals say it starts July 5, so I’m close), here are some happy tunes perfect for a sunny summer roadtrip. I heard a few of them during our travels and I thought they made a fitting soundtrack.

By the way, I’d love any suggestions for cheery summertime songs. I desperately need to pay a visit to iTunes!

In Rogue Brewers by the Bay, at their headquarters 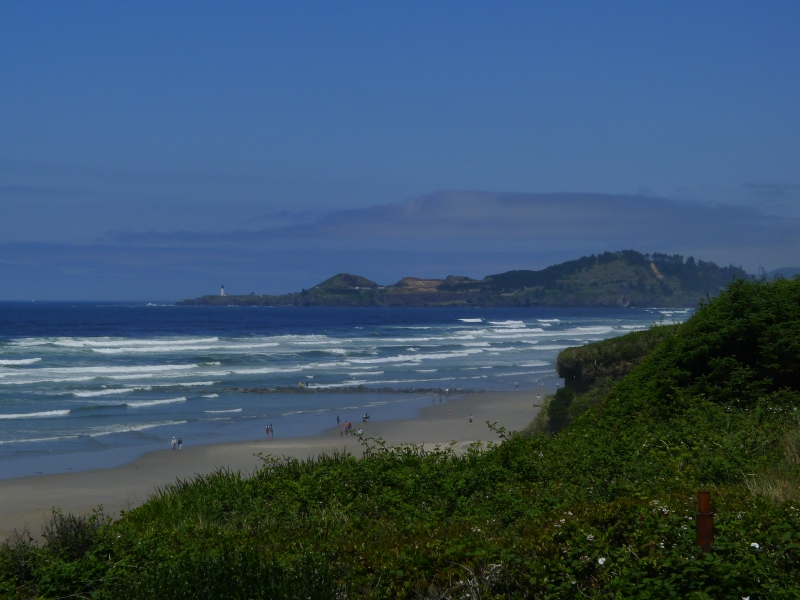 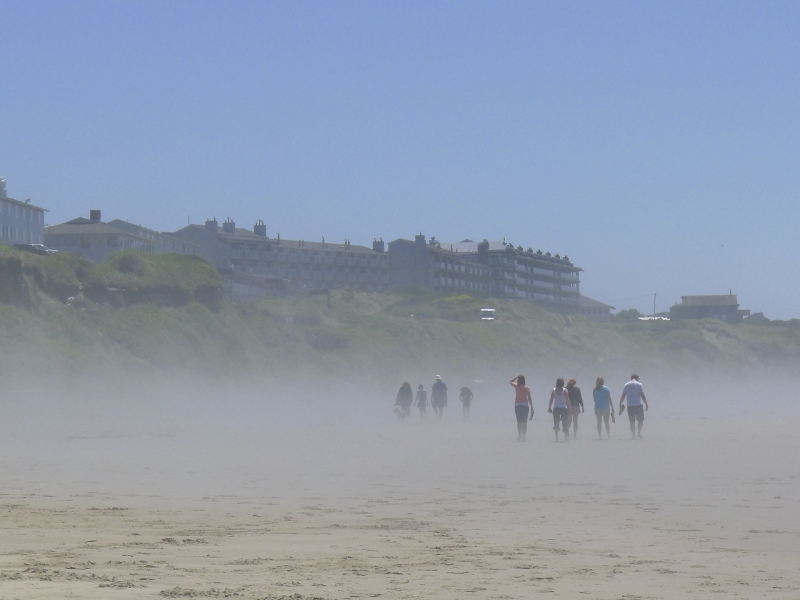 Mist from the ocean

Overlooking the beach at Newport

Cooper lounging on my back

Tired dog after lots of swimming 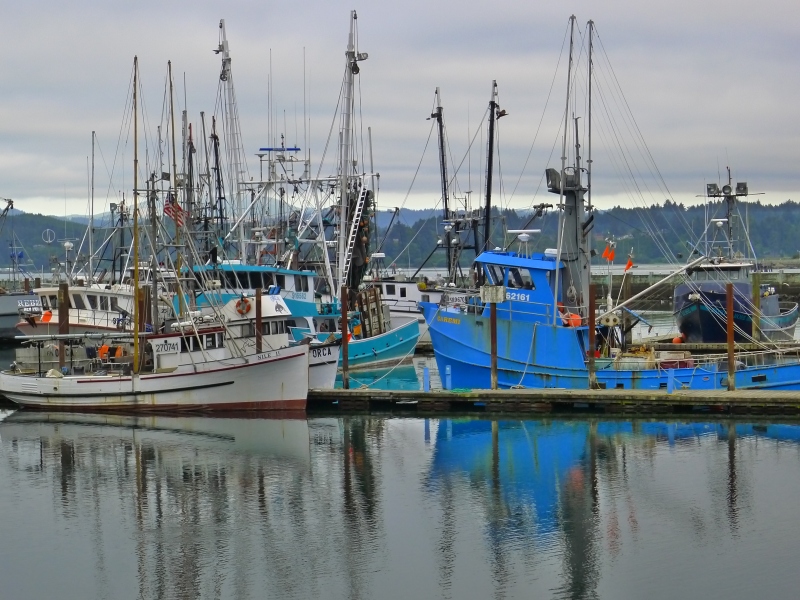 Jeff and Cooper by the Yaquina Lighthouse

Right next to the Yaquina Lighthouse (where we climbed down to the beach and saw some seals!) 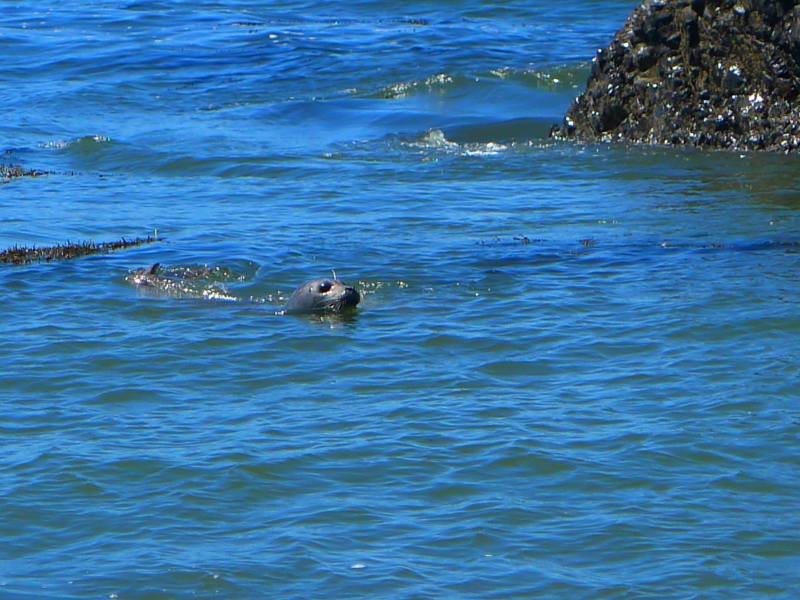 A harbor seal just off the shore

You can see some tiny little surfers out there!