When the clock struck noon on Friday, Jeff and I bolted Nike for a short roadtrip. Destination: Bend, Oregon. Located three hours from Portland, nestled next to the Cascade Mountains, 3,625 feet above sea level in the high desert area of Central Oregon. Our neighbors went to college and fell in love there, so they came, too, to give us the “locals only” tour.

Bend feels worlds away from Portland. That’s one of the things I love about Oregon. You have beachy coast; vibrantly green, hilly, woodsy Portland; huge snow-capped mountains; red-rockish, almost Arizona-like high desert; and so much more. Bend’s “high desert” means tons of sun, low humidity and cool nights. Bend – like many Oregon cities – attracts tons of mountain bikers and outdoor enthusiasts since it offers tons of trails, races, water and other amenities. 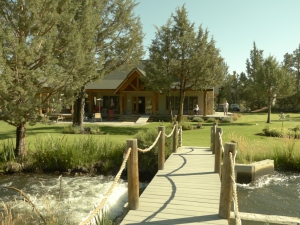 Our beautiful home for the night, Lindsay’s mom’s house in Bend

The drive to Bend was beautiful. We found there was a Detroit, Oregon and a Lake Detroit – lovely! We rolled into Bend and started our experience at Lindsay’s mom’s house, our charming “hotel” for the night. She and Lindsay’s stepdad were nice enough to let all of us stay there and even watch Cooper when we were out on the town. Luckily Coop had a buddy, Cassie, a sweet golden lab. (And Rufus the cat, who was not quite as welcoming to Cooper.)

Lindsay and Daniel took us on a whirlwind tour of the 80.000-person city. First stop: an amazing lookout point from the top of a hill in the center of town. Lots of Cascade Range mountains – technically volcanoes – surrounded us, including Mt. Bachelor, Mt. Jefferson (2nd tallest peak in Oregon after Mt. Hood), the Three Sisters, and more.

We then took our tour to “COCC on the Rock,” Lindsay and Daniel’s alma mater where they first met. We saw the Old Mill area and its floating river, shopping center and amphitheater. We hopped to Old St. Francis Pub (part of the McMenamins dynasty), saw Drake Park, had dinner and drinks at Daniel’s fave Bend Brewing Company, made a quick stop to sweet shop Goody’s, and capped off the night at Deschutes Brewery, which is headquartered in Bend.

The next morning Daniel and Lindsay had to jet off to shoot a vineyard wedding, so Jeff, Cooper and I took a scenic ride home. Somehow the route ended up being MUCH longer than our incoming trip, but luckily there were lots of sights to enjoy.

Near Redmond we veered off the path to see Smith Rock, which was amazing. I was so enamored by it – it’s one of those areas that seem so foreign to a Midwesterner. Smith Rock is home to world-famous rock climbing and some amazing hikes, neither of which we did. 🙂

We also turned off at Clear Lake in the Mt. Hood National Forest. Coop finally got to swim and was happy as a clam!

Seven hours after we left Bend, we pulled into home. What a fabulous overnight trip! Thanks so much to Lindsay and Daniel for being such excellent tour guides and travel buddies! 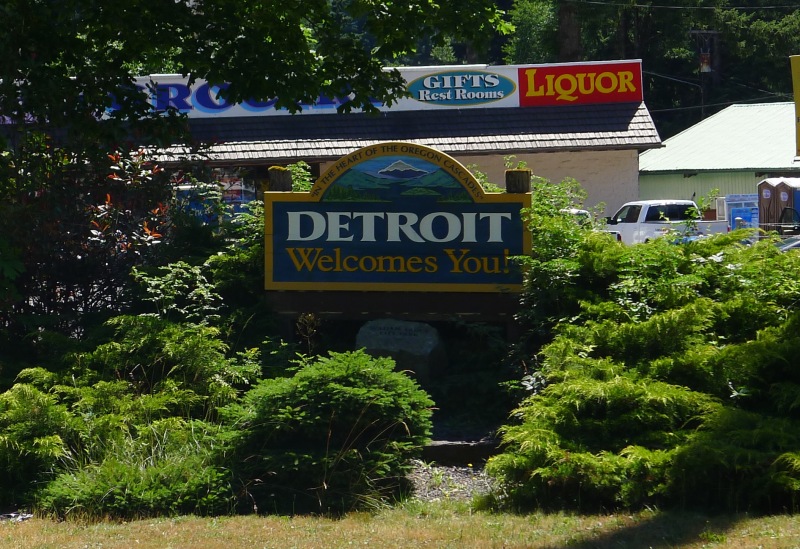 Familiar name with much prettier sights! 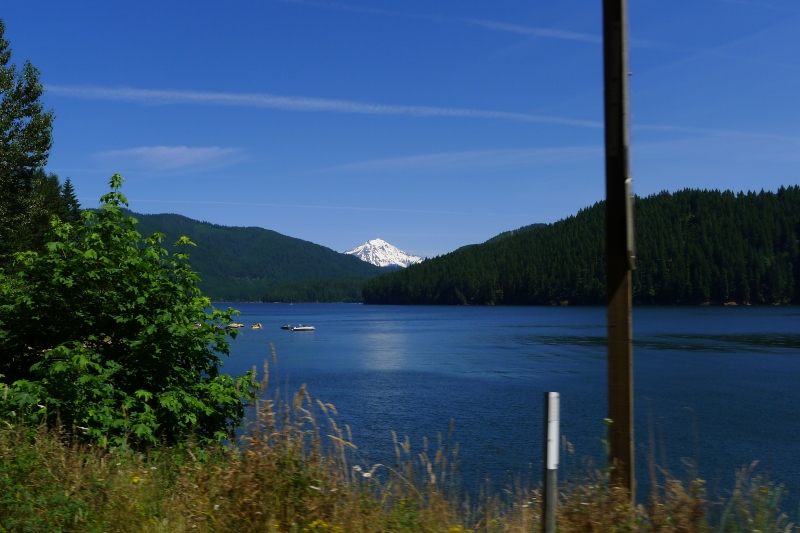 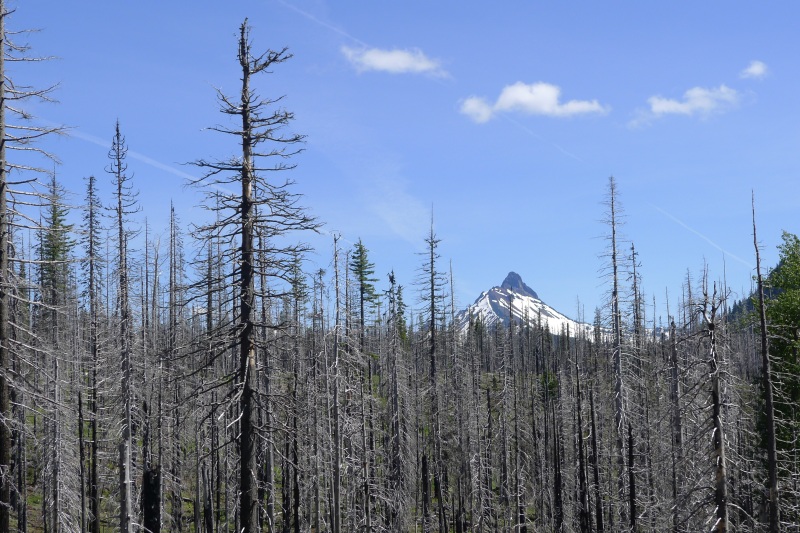 Heed Smokey the Bear’s advice. Sad to see the effects of forest fires. 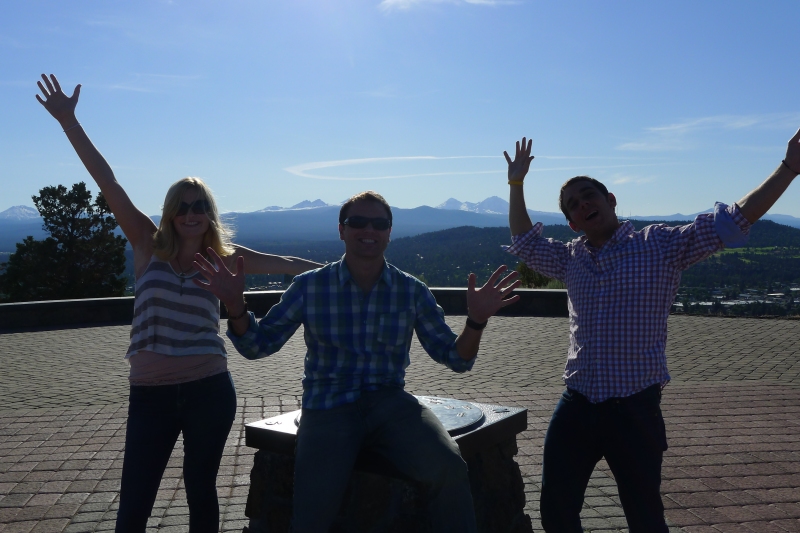 On top of the world! (At least towering over Bend) 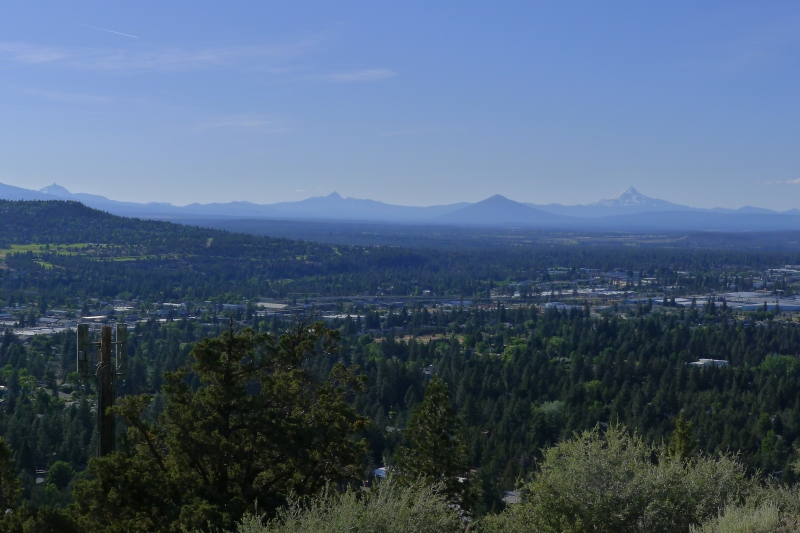 Overlooking Bend and the Cascade Mountains 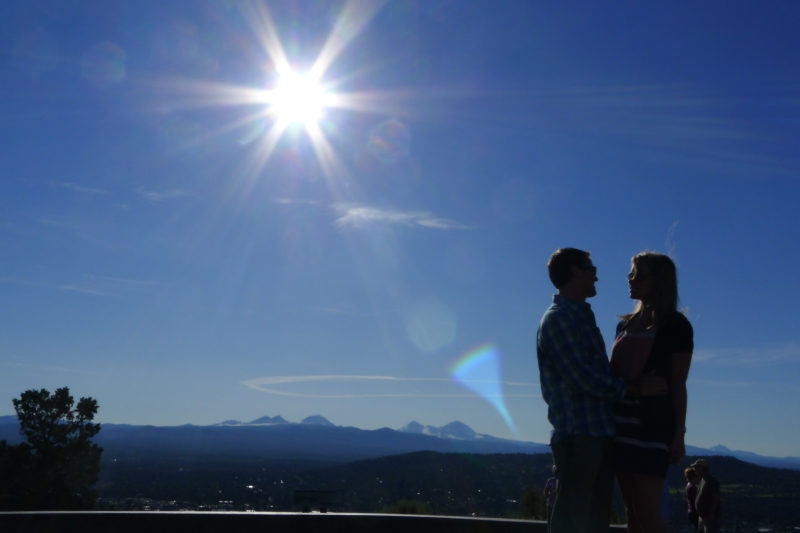 You can tell photographer Daniel knows how to use my camera better than me! 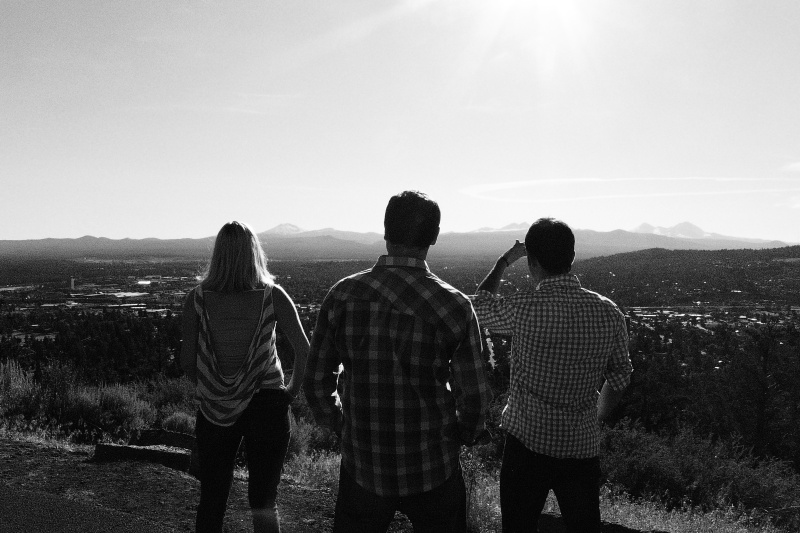 Lindsay, Jeff and Daniel checking out Bend below 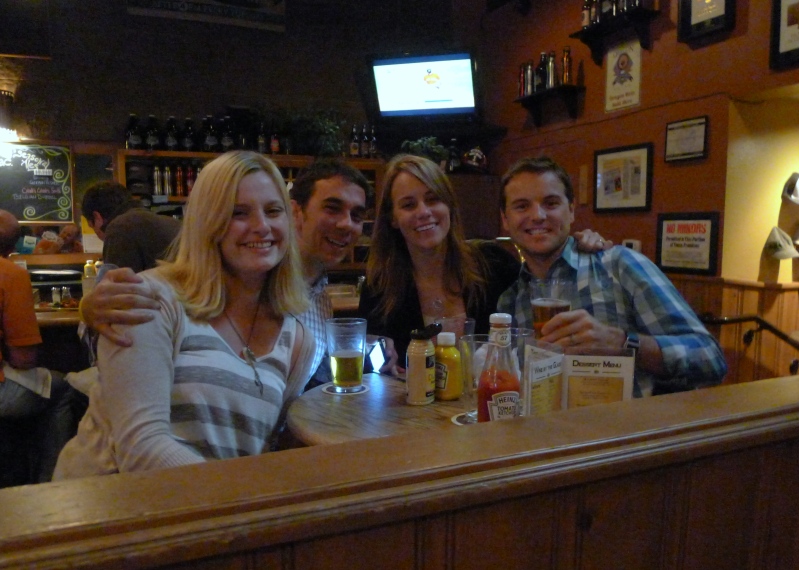 The four of us at Bend Brewing Company (the BBC) 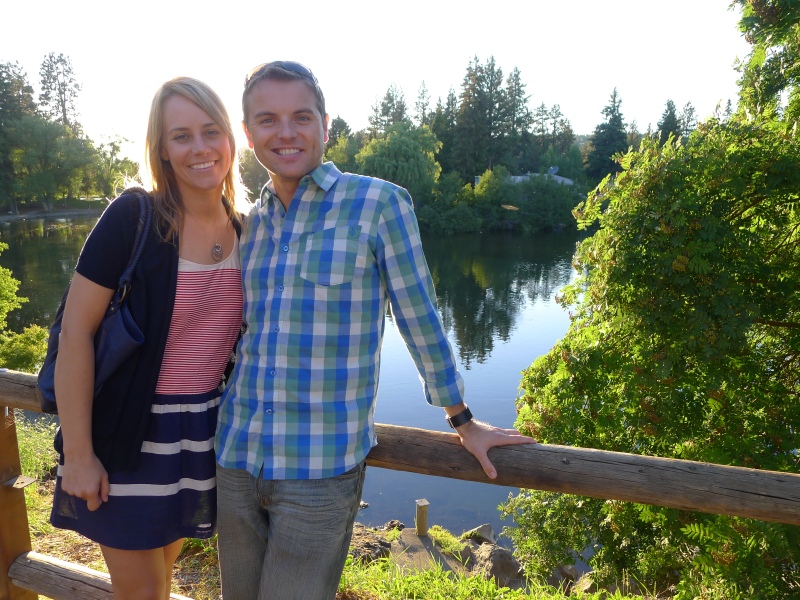 At Drake Park along Mirror Pond 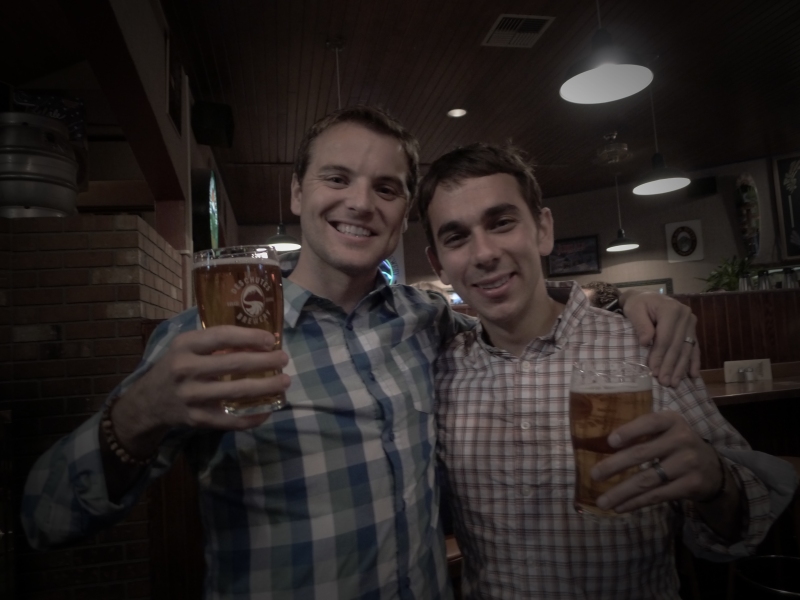 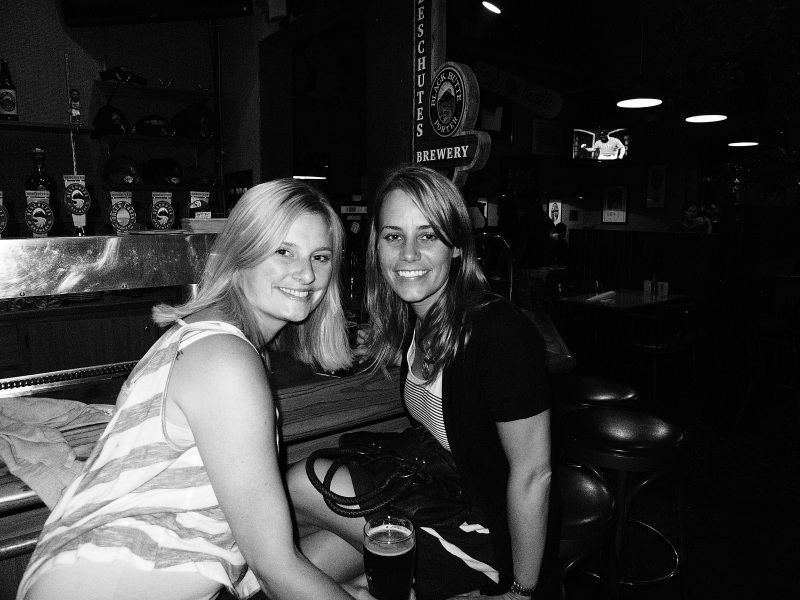 Lindsay and me at Deschutes Brewery 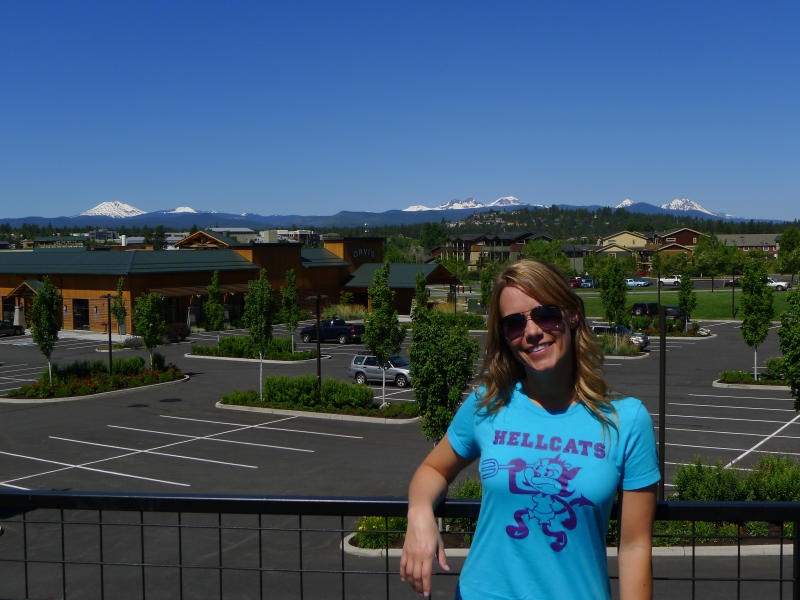 Overlooking the Old Mill District with the Cascades in the background 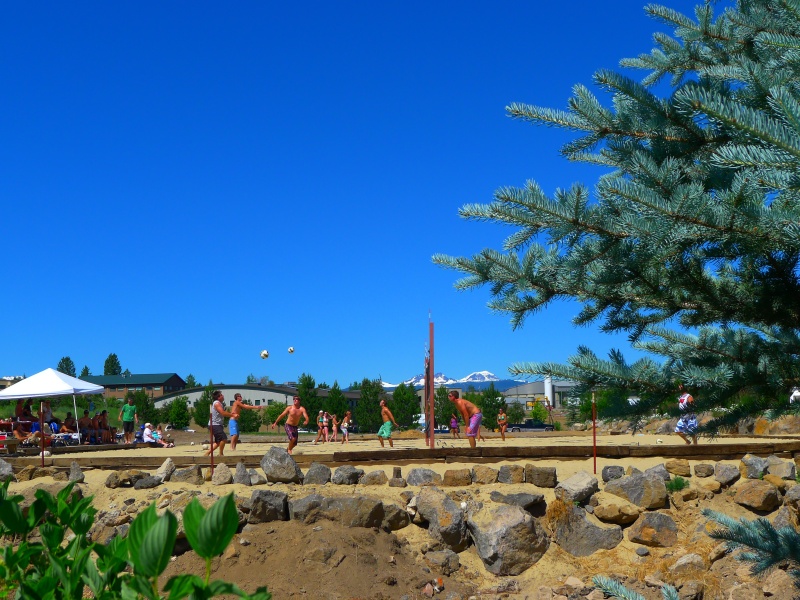 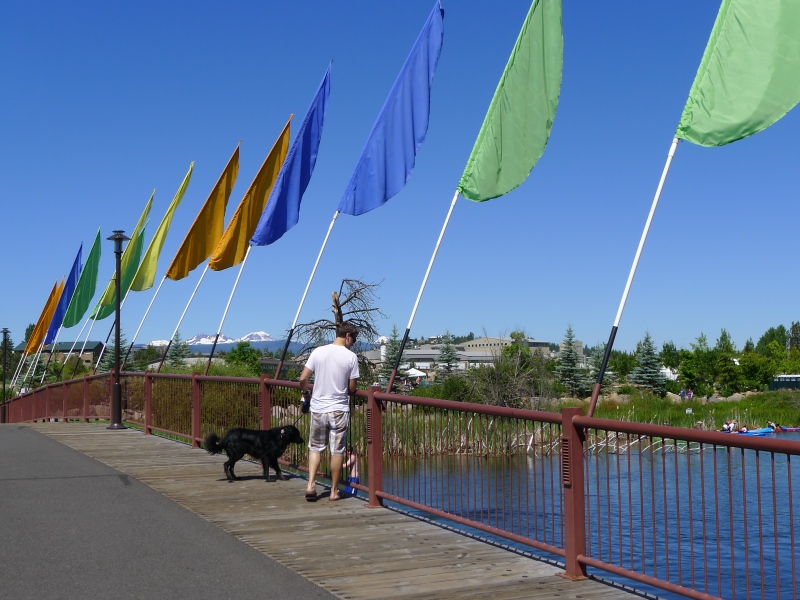 Jeff and Coop checking out the kayakers on the Deschutes River 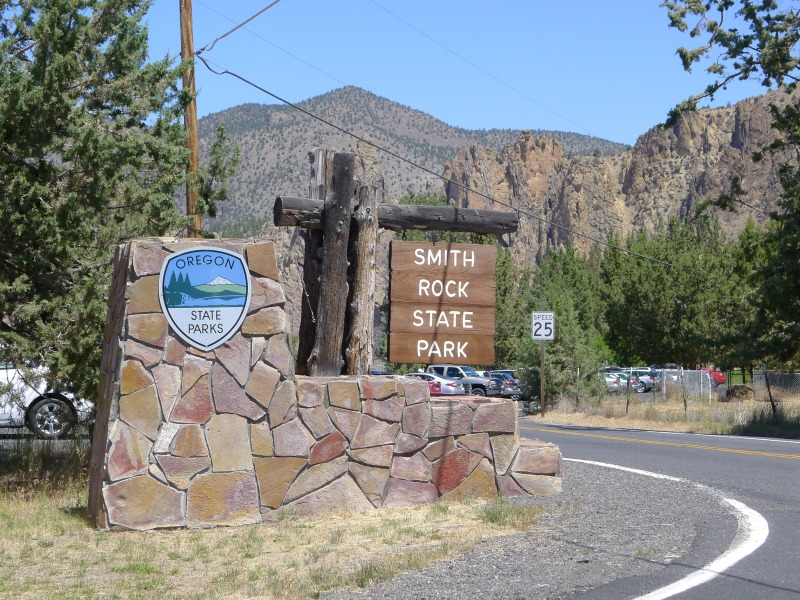 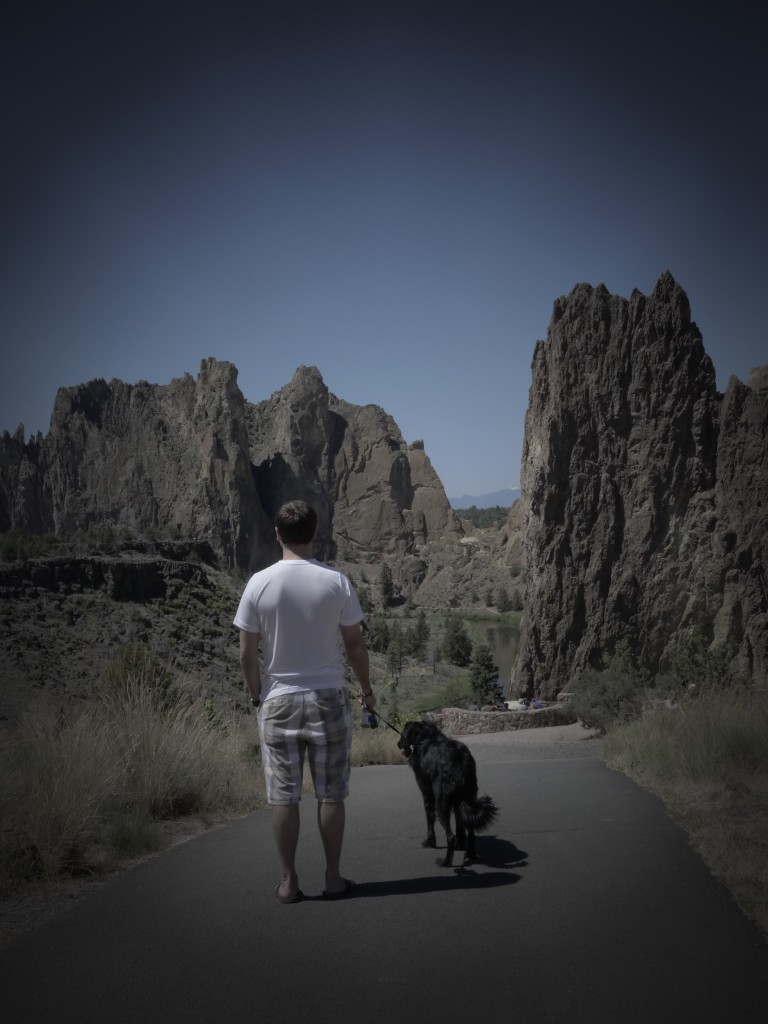 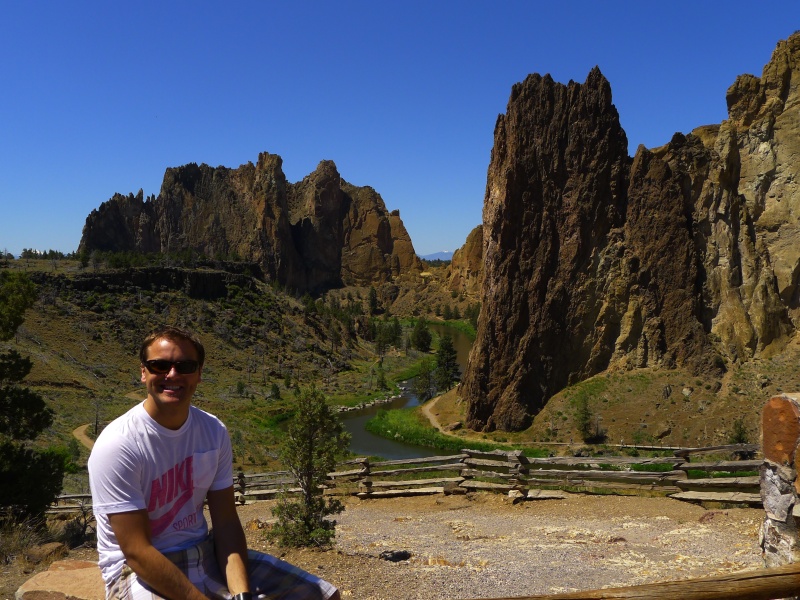 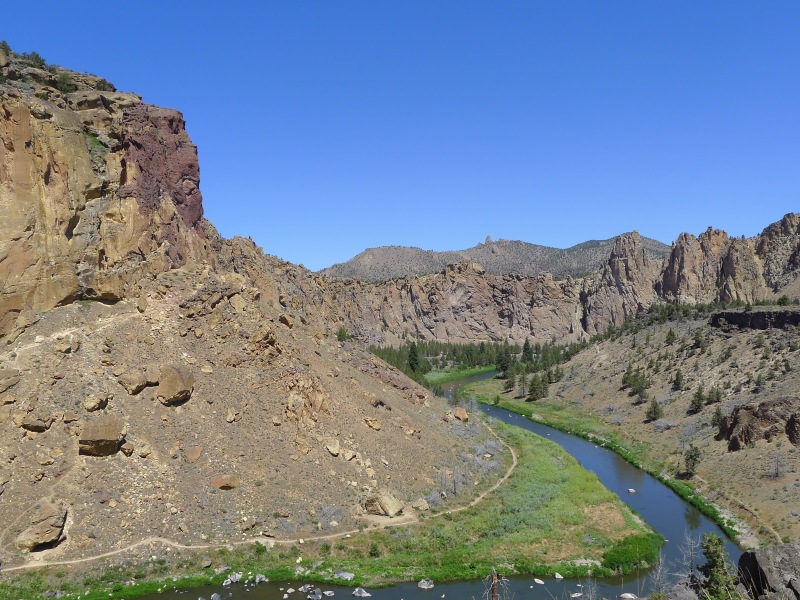 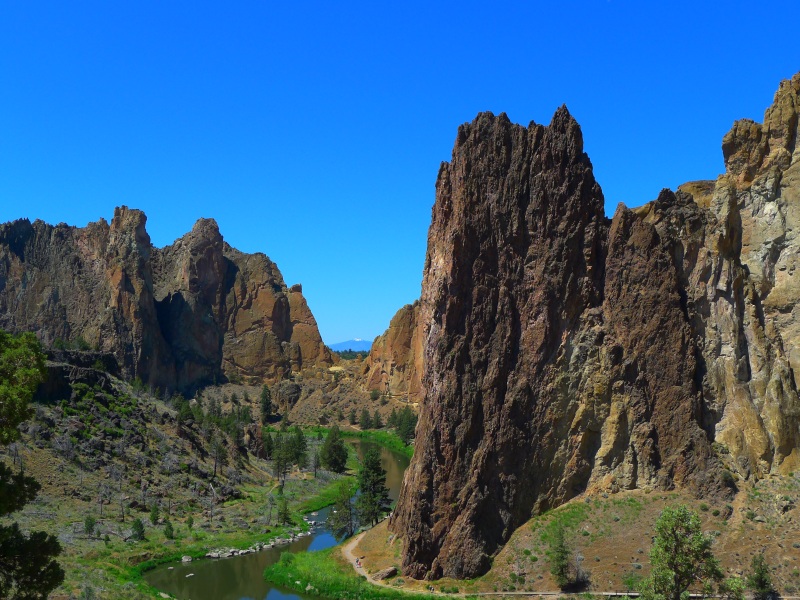 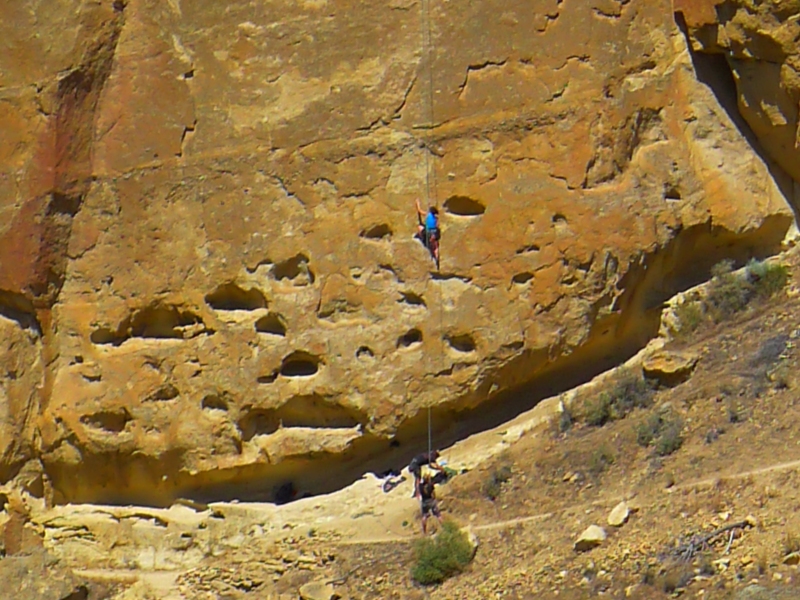 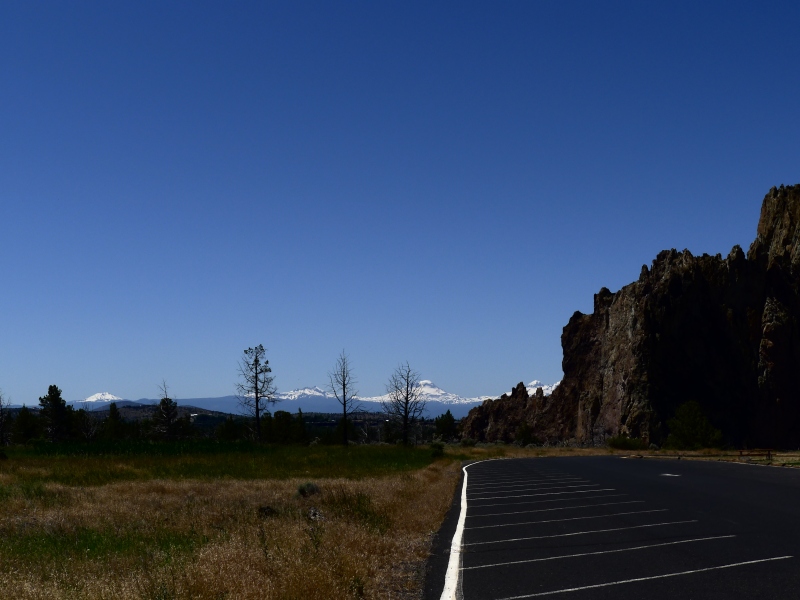 Cascades in the distance 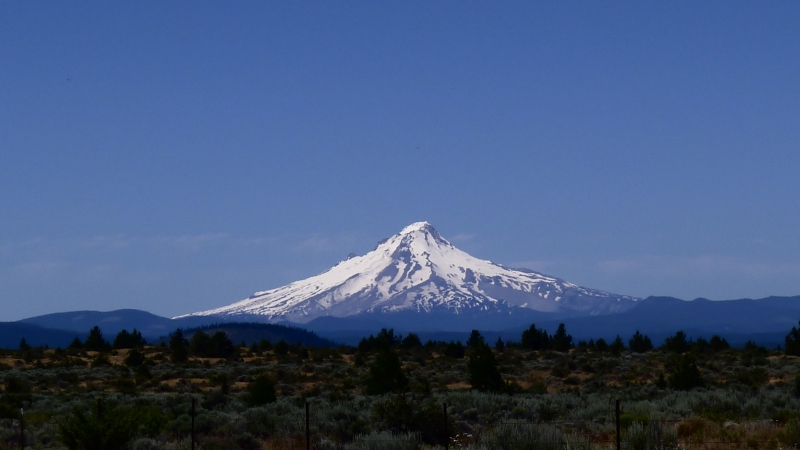 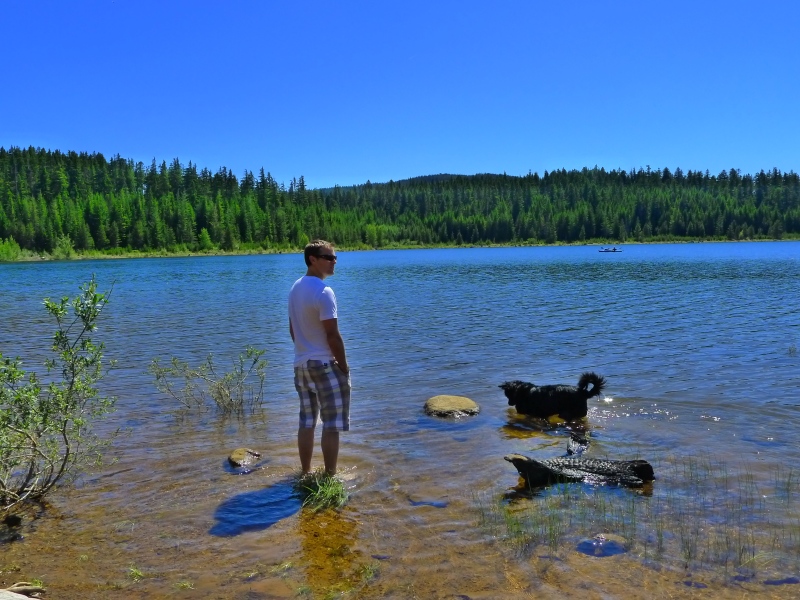 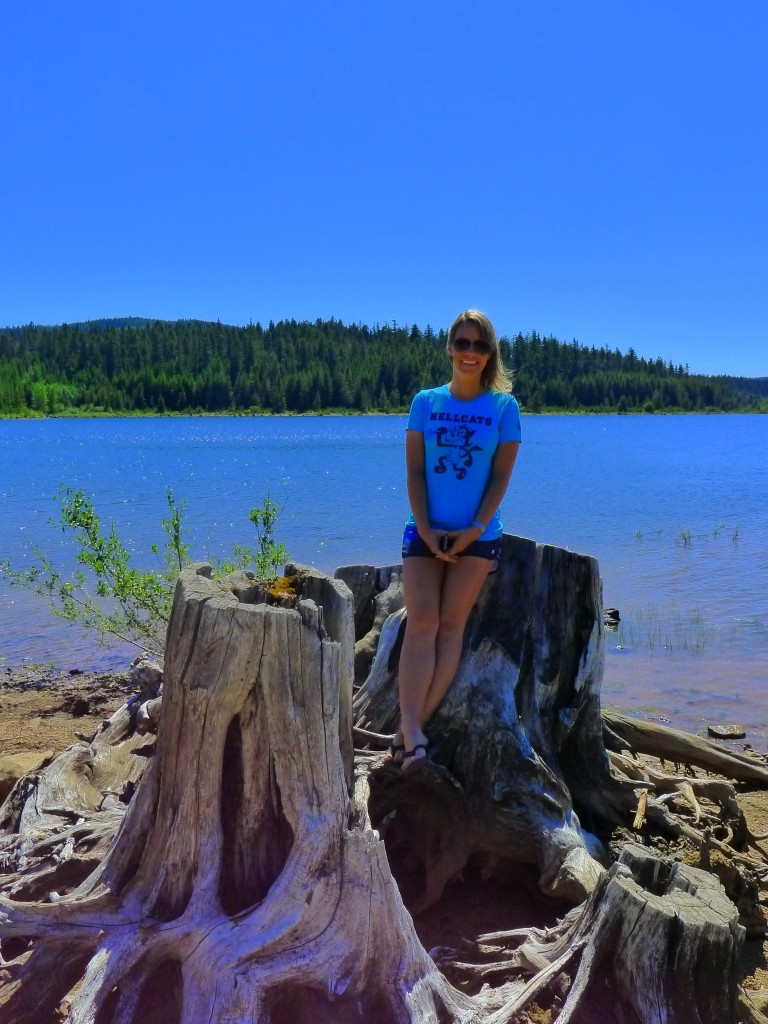