After 1 year and 3 months of promising our friends in Southern California a visit, we finally made it! It took a “free all-access tickets to Zac Brown Band concert” nudge from Jeff’s co-worker Peter, but it accomplished our goal: getting to see some of our best buds in a locale with 1,000x more sunlight than Portland.

After work a few Fridays ago we jetted into Orange Country, where Jeff’s friend-since-kindergarten Joey (who just rocked the Cartathlon with us in Portland) scooped us up and drove us home to Costa Mesa. Saturday, Joey and his girlfriend Maureen took us to Huntington Beach (where I stayed during last year’s U.S. Open of Surf) for breakfast at Sugar Shack and drinks at Hurricane’s before wandering through the surf shops. After touring the Newport Beach boardwalk, we cruised over to Laguna Beach’s oceanside Hotel Laguna, where we met Jason, his brother Brett, Chris and Justina for drinks in the glow of the setting sun. We moved the party to Jason’s beautiful townhouse in Orange, where we played beer pong on his granite-topped kitchen island ’til the wee hours of the morning.

Sunday was Zac Brown Band day. First, we met Peter at the Hurley employee store, which the Hurley folks opened special for the band (and us!). Josh, who recently transferred from Nike headquarters to Hurley, took Peter, Jeff and me to Newport’s Bear Flag Fish Company for lunch before Jeff and I headed back to Jason’s for a little rest and a hike in the sprawling hills right outside his door. (Where, by the way, we actually saw a SNAKE eating a live MOUSE right before our eyes! Here I thought it was baby birds peep-peeping from the weeds – nope, a mouse screaming while getting devoured by a snake. Crazy nature moment.) Then it was off to the concert!

So Peter, randomly, is buddies with Zac Brown. We met up with Peter, Derek (who is practically a Hurley co-founder) and his wife Kelly, and Josh and his wife Jenn. Before the show, we all wandered around backstage, took in the sights from the stage catwalk, and then settled into our stage-touching spots in the front pit. It. Was. Amazing. Zac Brown Band killed it. (Check out the video below for proof.) Even better, after the concert we filed backstage again for an after-party with band friends and family. After notching two quick losses in Fingers drinking game, I chatted with NFL QB Kevin O’Connell and his sweet girlfriend, and then talked forever with Zac Brown Band bass player/vocalist John Driskell Hopkins. (Who was super down-to-earth!) On our walk out, we caught the whole band seated around a patio heater sandwiched between their two tour buses. We hung out for awhile before heading to our La Quinta hotel room just down the road. Ah, what a night! We’re forever Zac Brown Band fans now!

We ended our Cali trip by snagging some pancakes at yummy Haute Cakes Caffe in Newport Beach before visiting my close bud Rachel at her biz office (Krupa Consulting) on LA’s Sunset Blvd. She’s kicking butt – it’s cool to see how well she’s doing. After a quick visit to Umami Burger in Santa Monica, it was back to Portland. (Sad face.) Such a good visit. Thanks to our friends for hosting us and to Peter for giving us such an awesome opportunity to live like rock stars for a night! 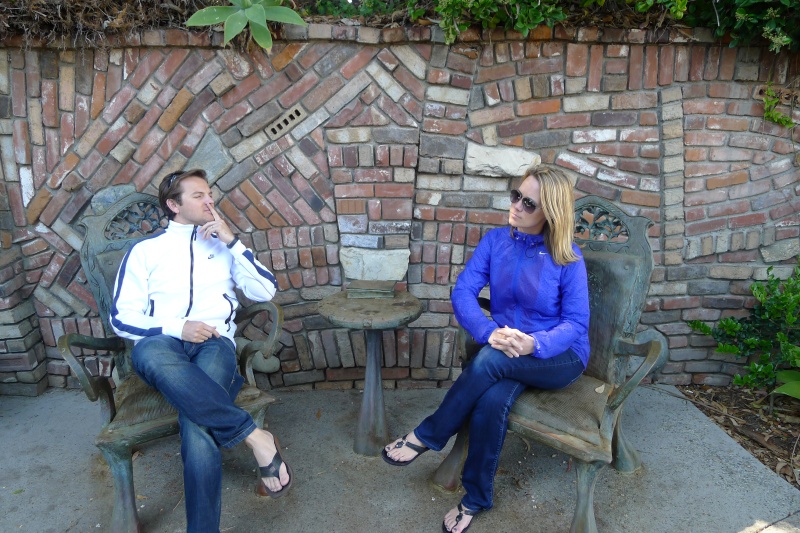 Thoughtful moment between Jeff and me at Laguna Beach 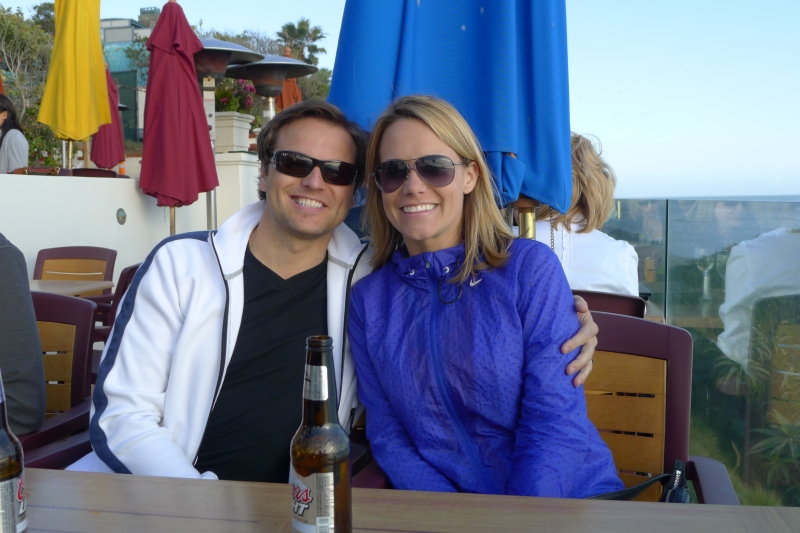 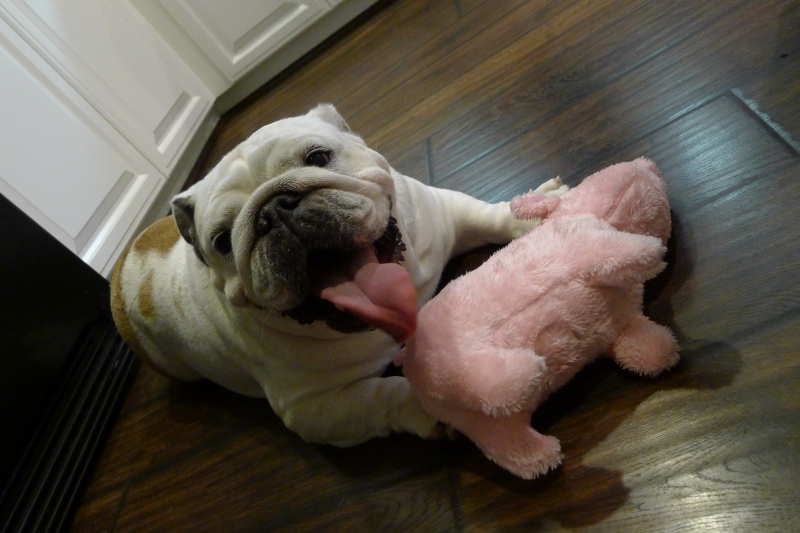 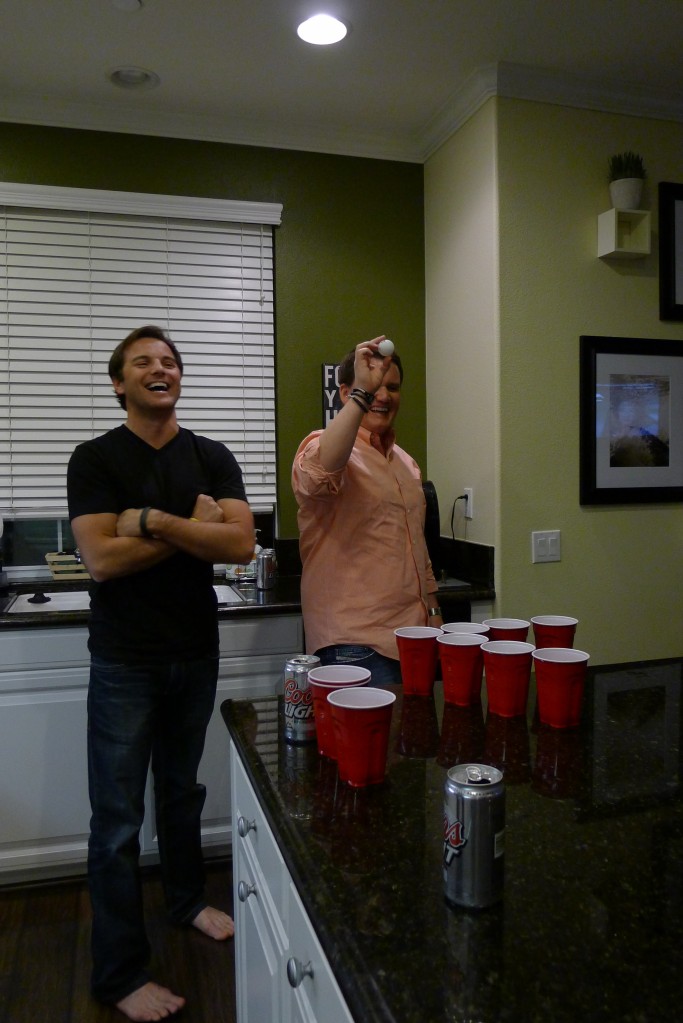 Jeff and Joey dominating at beer pong in Jason’s kitchen

Jeff on the top of the world in Orange

Hiking back down the hills to get ready for the concert

Peter and Jeff on the stage catwalk before the show 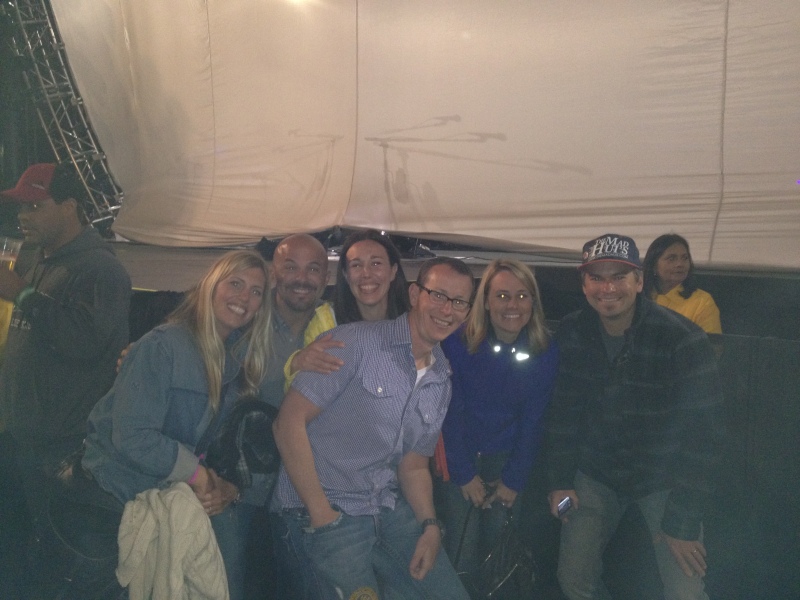 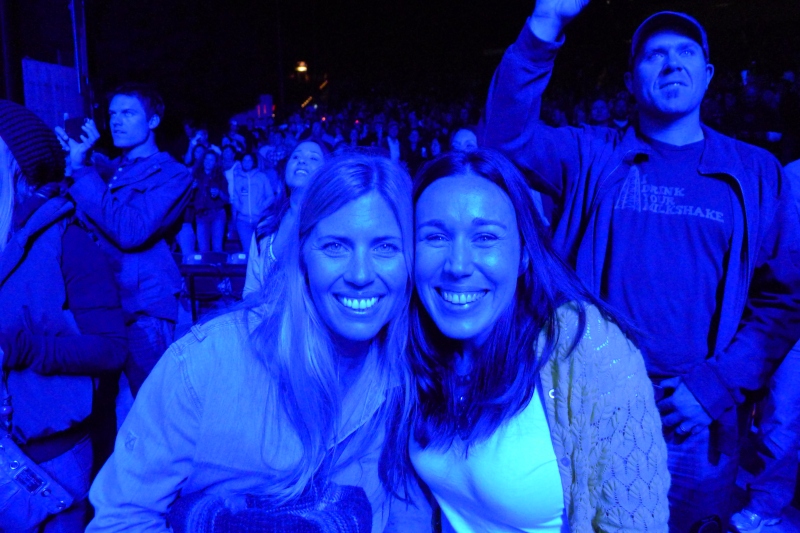 Kelly and Jenn super excited for the show to begin!

Thanks to Peter for getting us so close to Zac and the band! 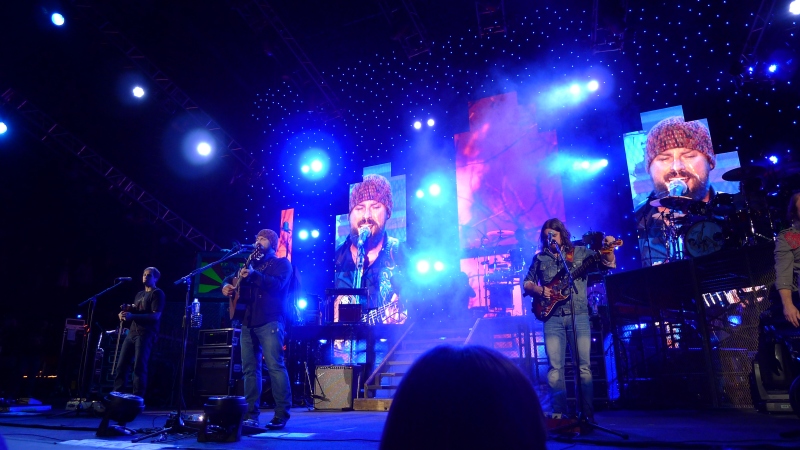 Pretty amazing “seats” when we can see Zac from the back!