July 5 was Portland’s unofficial start of summer. Magically, on that date, the weather flips a switch from cool and unpredictable to amazing. While a heat wave ravages the rest of the country, the Northwest has been spring-like. Drizzly, 60-degree weather, with occasional sunny respites. Not anymore! We have 80s and sun now!

Here’s how we spent our last days BEFORE summer…

Hiking Mount Tabor: Mount Tabor is an extinct volcano on the southeast side of town. After snagging brunch at the “Good Food Here” food cart pod on Belmont Street, Jeff, Cooper and I tackled a hike circling Mount Tabor Park. In the rain. On a sunny day, hikers have their choice of three different hike routes that offer amazing views of Mt. Hood and downtown Portland. We got a muddy dog. (But we still loved the hike!)

Jeff and I (and Paige photo-bombing) at Moonshine Lounge

Cheering the Timbers from 442 Bar: Jeff and I might be slightly obsessed with the 442 Bar. Coolest, coziest soccer bar I’ve seen, with the most unexpectedly good Balkan-influenced food. Jeff’s co-workers Felicia and Stephen and Felicia’s fiance Genero met us to watch the disappointing Timbers / Colorado Rapids soccer game and gobble up some sandwiches. Lindsay and Daniel met us later, and we all ended the night with Jenga at the Rogue-owned Green Dragon. Well, and then some of us dodged the raindrops to grab some late-night Whiffies fried pies and Potato Champion fries at the Cartopia food cart pod. (Best late-night food spot in town.)

Biking Sauvie Island: Sauvie Island’s 26,000 acres make it the largest island in the Columbia River and one of the largest river islands in the U.S. Just 10 miles outside of Portland, the island feels almost Midwestern with its sprawling farms, berry and pumpkin patches, and fairly flat terrain. (And men who drive large trucks.) On Sunday I unearthed my neglected road bike to join Jessica, Lindsey from book club, and Katie from Nike’s Digital Sport group to tour the island. Two hours and 23 miles later, I was damp from drizzle and sweat but felt quite accomplished.

Watching the movie “Ted”: It’s pretty funny. And different. I have a feeling the humor is more slanted toward men since Jeff thought it was really funny.

Bar-crawling on a 15-person bike: To celebrate the 4th of July and Daniel’s upcoming birthday, Lindsay and Daniel, Aubrie and Dave, Paige and Gregg and we started the night with a backyard BBQ before walking a few blocks to board the BrewCycle – a 15-person, pedal-powered contraption that is driven by a guide, pumps out loud music, and creeps 4.5 miles-per-hour from bar to bar. Luckily the BrewCycle’s other seats were filled with fun-loving folks, so we sang, lit sparklers and had a grand time popping into Deschutes Brewery, Rogue Public House (which, on another topic, is brewing a new beer from yeast developed from its brewmaster’s beard – blegh!) and Moonshine Lounge. You wouldn’t believe how many incredulous tourists and locals snapped our picture along the way! 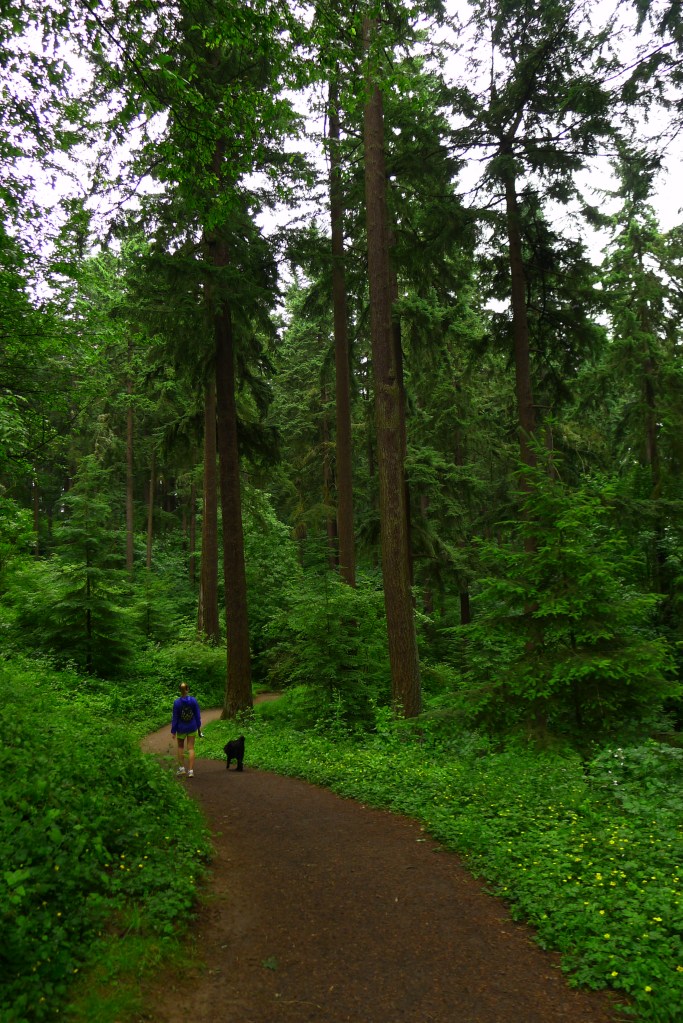 Cooper and me on the Mount Tabor Park trail 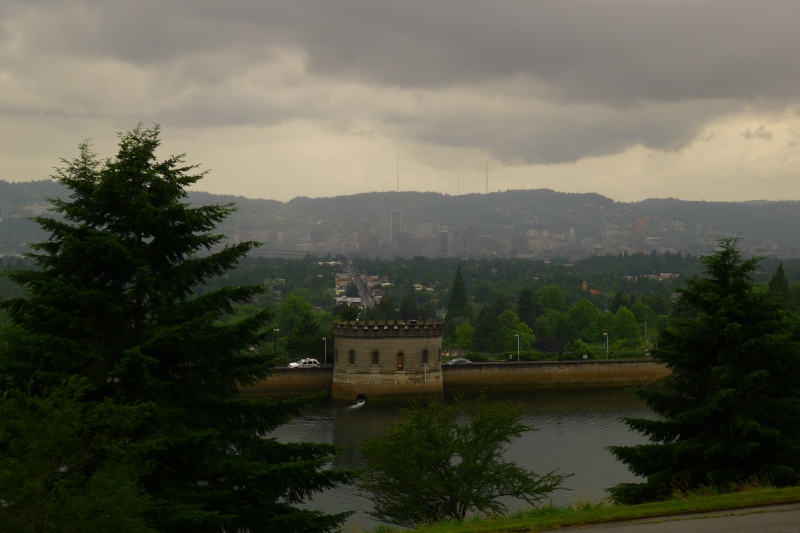 The cloud-covered view of downtown Portland from Mount Tabor

Our Timbers-cheering clan at 442 Bar: Stephen, Felicia, Genaro, Jeff, Daniel, me and Lindsay 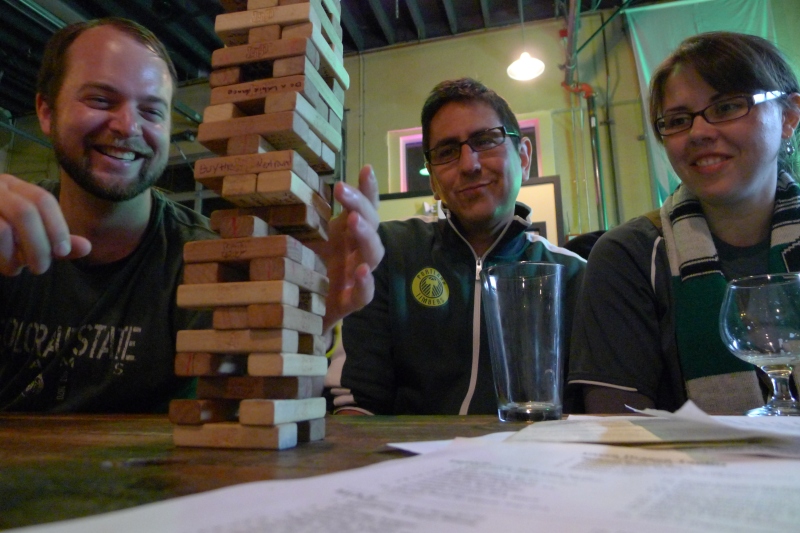 Heated game of Jenga with Stephen, Genaro and Felicia 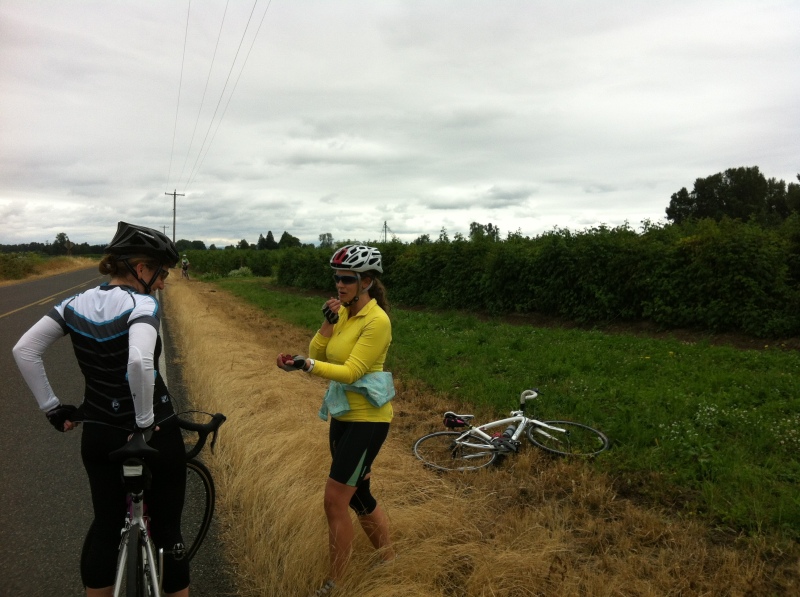 July 4th grilling in the backyard 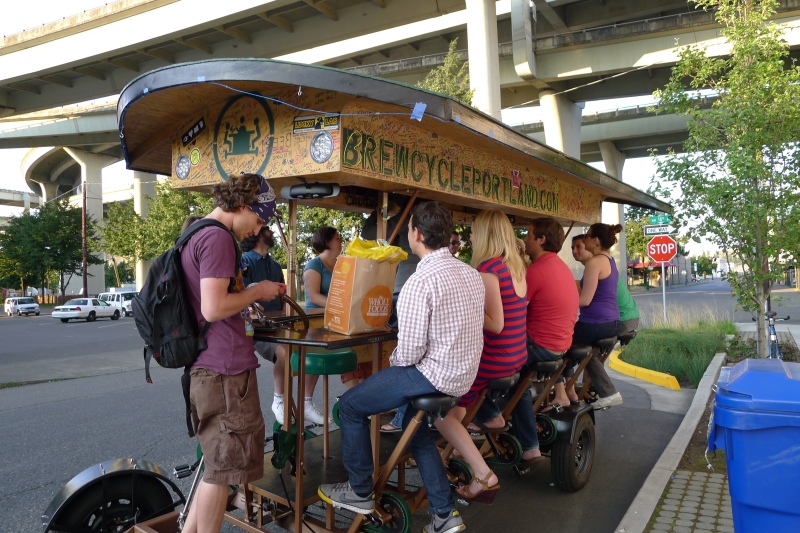 It’s go-time on the BrewCycle!

BrewCycle stop at Rogue Public House with our pedal partners 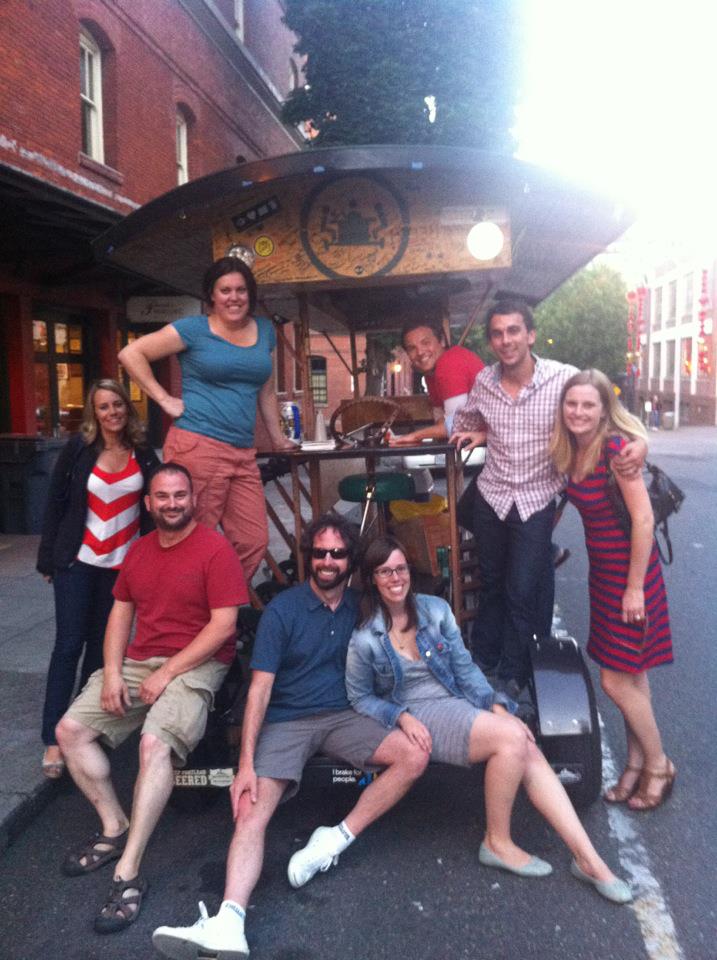 Group shot on the BrewCycle

Nighttime view of the inside of the pedal pub 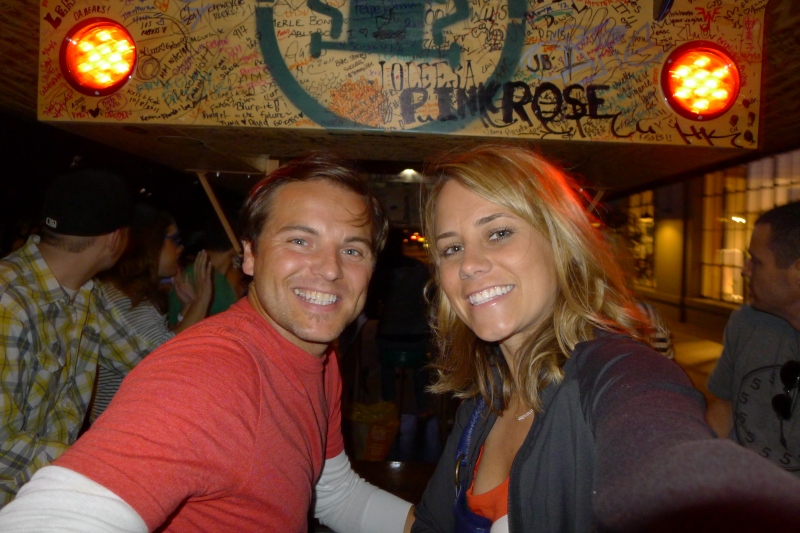 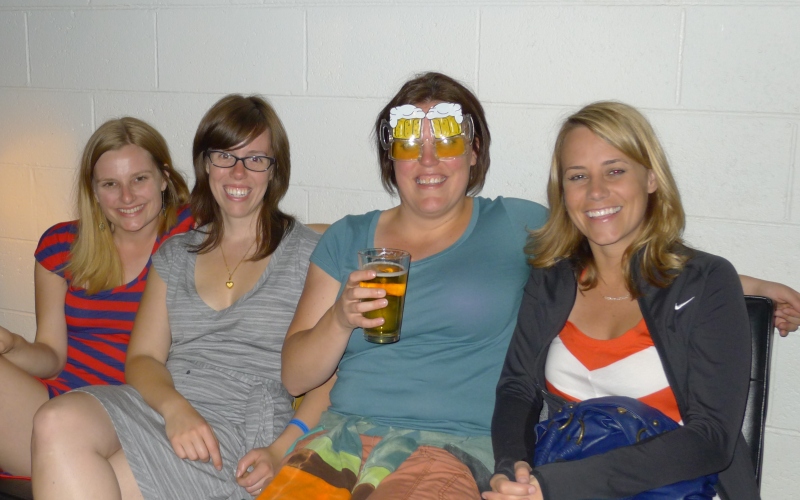 Lindsay, Paige, Aubrie and I relaxing at Moonshine Lounge

Sparklers to end the night!