Earlier this month, I checked off a biggie on my bucket list: Attending an Olympics. Beyond that, I logged my first-ever trip to London, and basically had the experience of a lifetime. While I worked approximately 12-hour days for 10 days straight, I wouldn’t trade any of my time there for the world.

The Orbit – the tallest art structure in Britain

My London home base was the Flemings Mayfair, a lovely boutique hotel nestled a few short blocks from the Buckingham Palace. My main workplace: the BMA House, an artfully-architectured building a short Tube ride from the hotel. During one of my many daily Tube commutes, my co-worker discovered my most memorable London food: A yogurt cup from Camden Food Co., with Greek yogurt, oats, honey, cranberries, pistachios and apple bits all mixed together. I’m missing it already and desperately need to recreate it. 🙂

My shopping outings were limited to Niketown London – located on the shopping mecca Oxford Street, the Nike Stratford location flanking the Olympic Park, and the historic British fashion emporium Liberty London. I also visited the slick new basketball court, The Regal, built in a disadvantaged London borough; the #legendsrunforever event with Paula Radcliffe and Carl Lewis at the Nike+ FuelStation at Clapham Common; a USA Women’s Basketball practice at the University of East London (where Apolo Ohno made a surprise appearance); and Olympic events. Plenty of Olympic events, including:

Another bonus: Running into one of my favorite bosses of all time Terri from Dow, who unlike Nike was an official Olympic sponsor. She and I caught up and even did a little bit of shopping together.

Overall, I had an absolute blast – big surprise, right? Of course, I was also excited to get home, see Jeff and Cooper and get back into a more normal existence. But even my flights were fun: Twice I sat next to nice, chatty CEOs, and then I spotted Matthew McConaughey and his wife Camila in the Dallas Airport customs line. Yep, I’m still pinching myself, and I have a feeling the awesomeness of the experience is still sinking in. 🙂

My first English fish & chips and mushy peas – at the Olympics, no less! 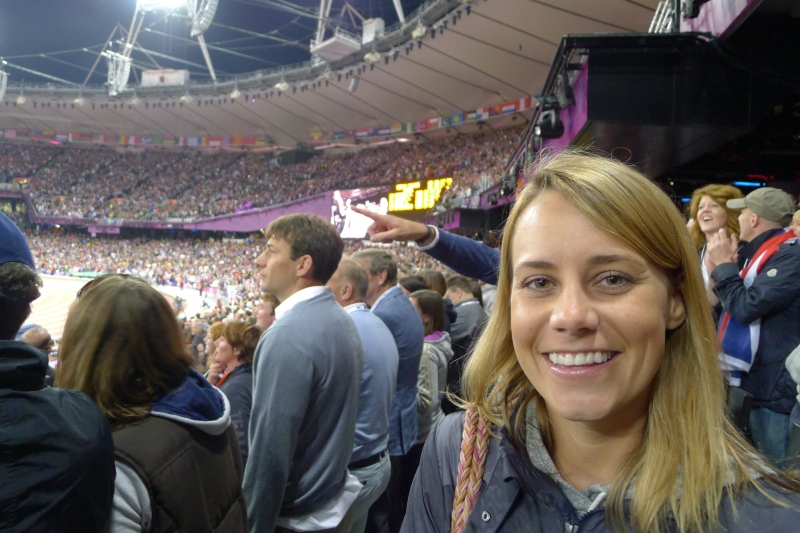 Hey, I met that guy earlier that day!

Posing in front of the Olympic flame after the Athletics event 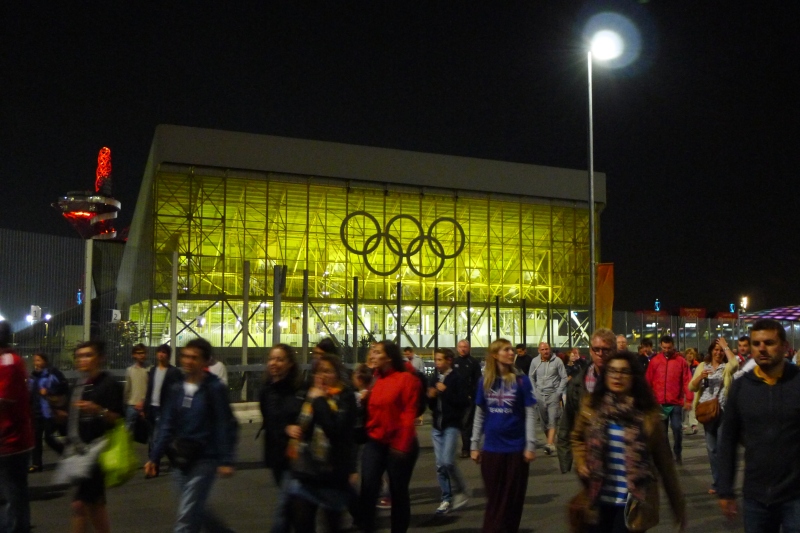 The majestic BMA House, where I spent hours and hours in London 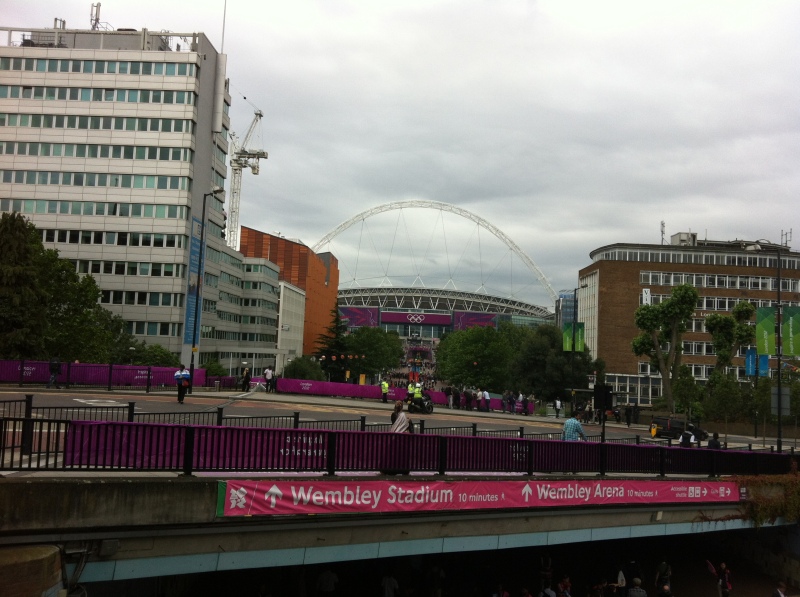 Mexico vs. Japan in the Football Semis at Wembley Stadium 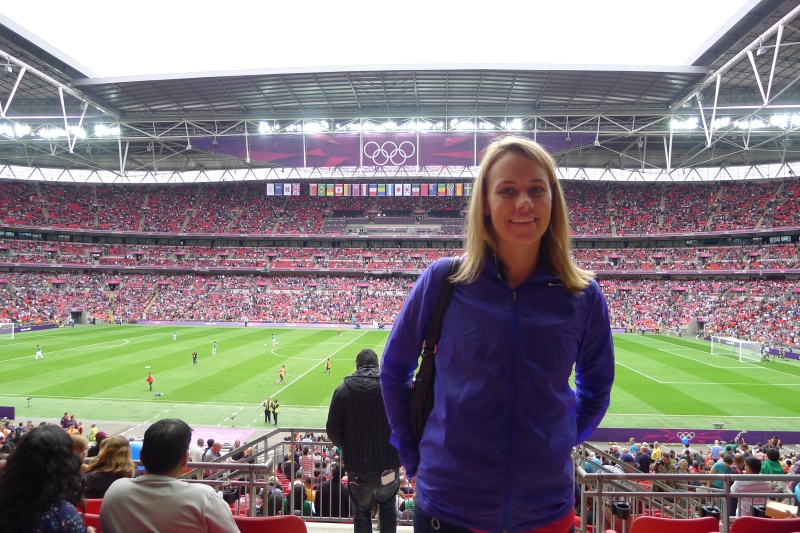 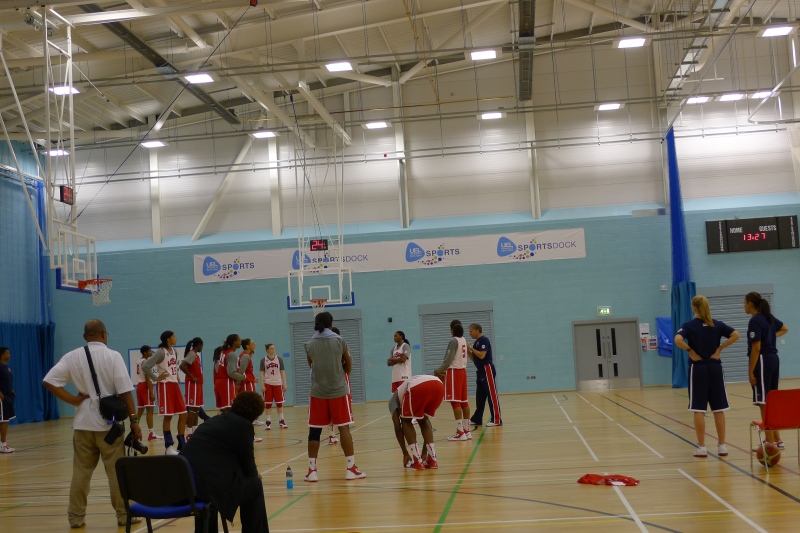 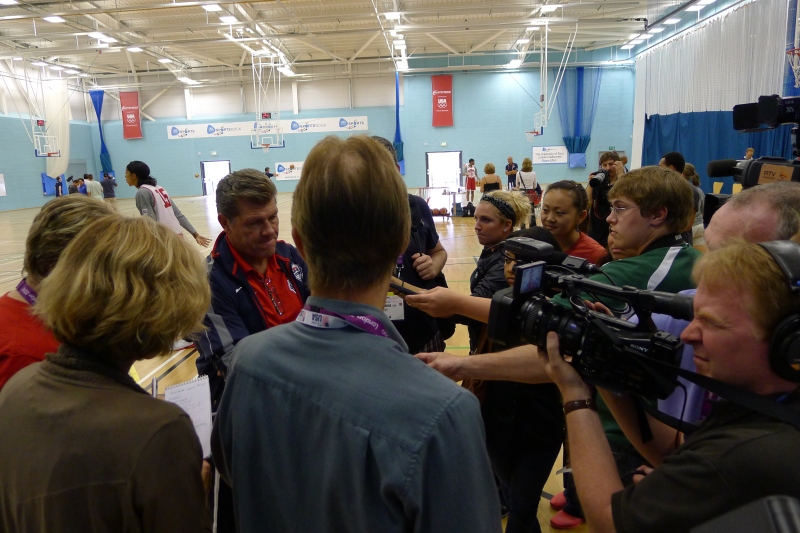 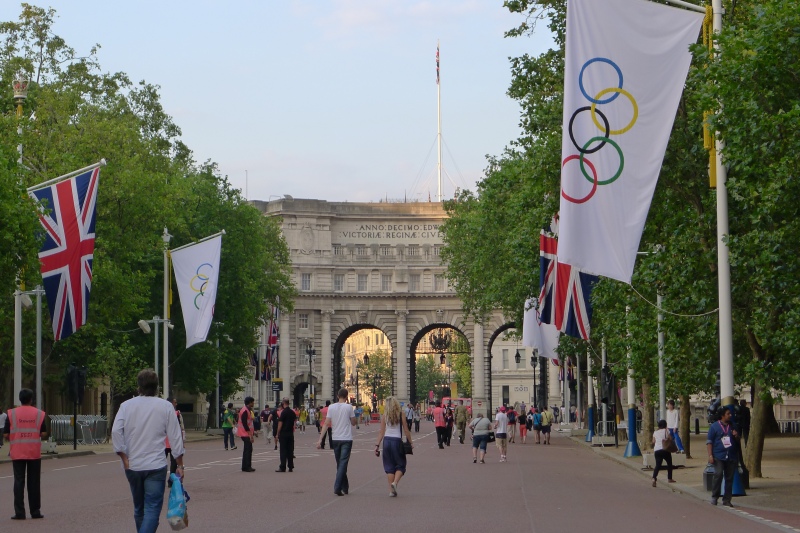 Just outside the beach volleyball stadium, which imported 3,000 tons of sand for the events

Is there a more beautiful Olympic venue than Horse Guards Parade? 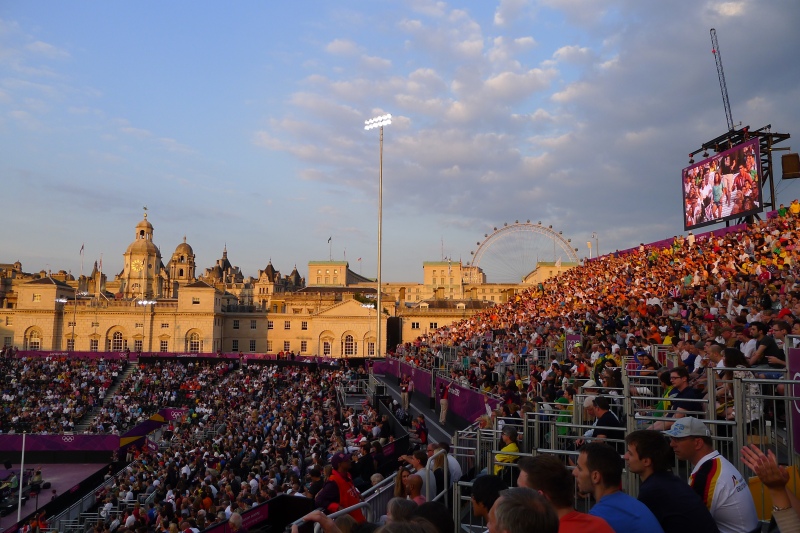 …and check out the London Eye in the background 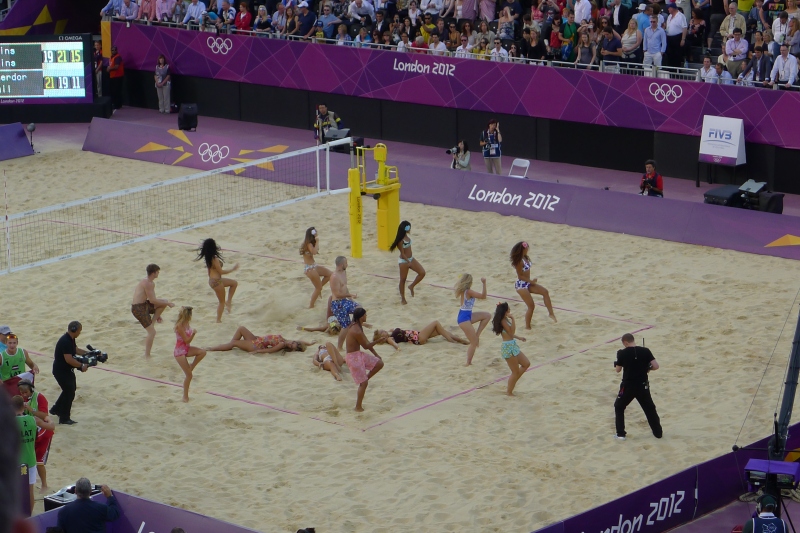 The super-tight gold-medal game between Brazil and Germany 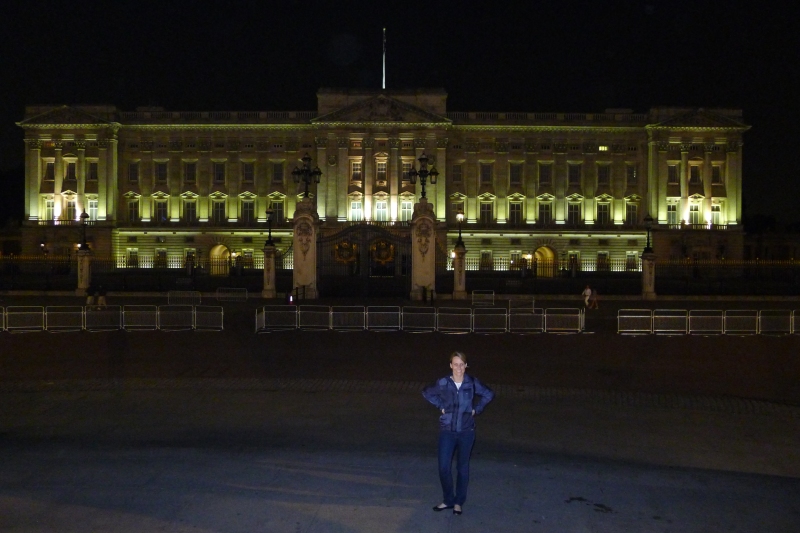 The Victoria Memorial and home of the Queen of England

The exterior of the grand Niketown London 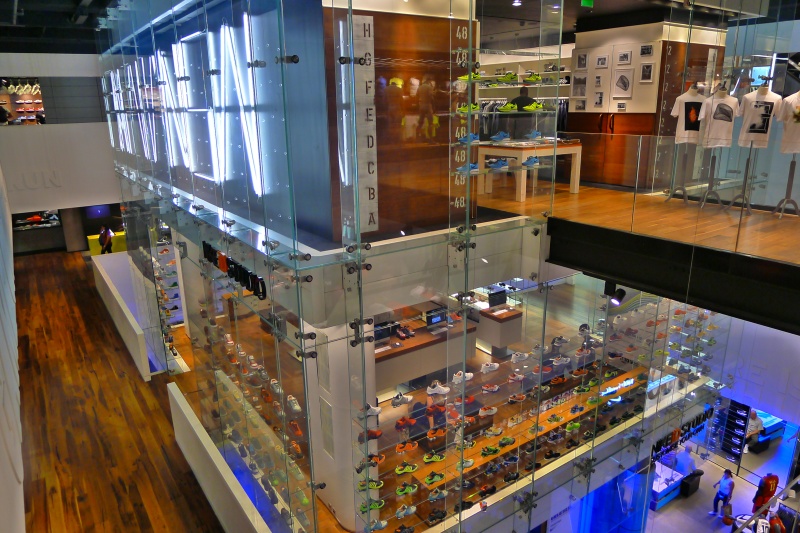 One glimpse at Niketown London, Nike’s largest store in the world

The North Greenwich Arena for the Men’s Basketball Semifinals 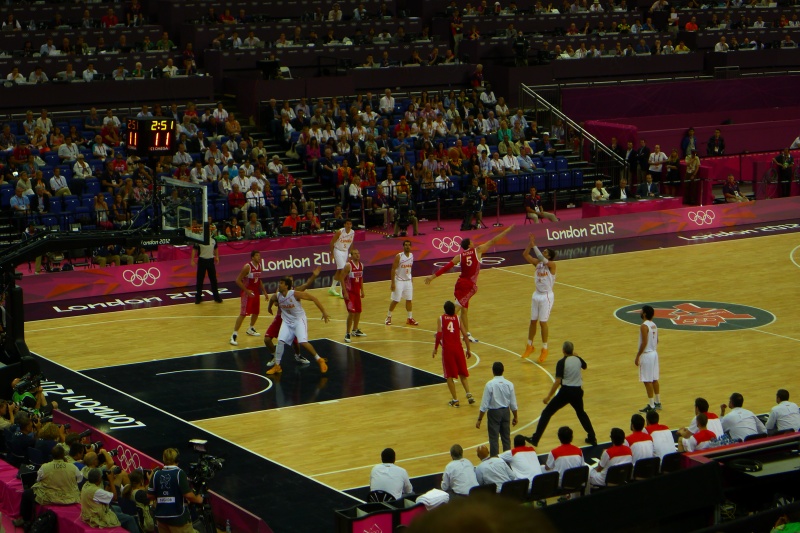 Spain wins, thanks to a stellar performance by Los Angeles Laker Pau Gasol 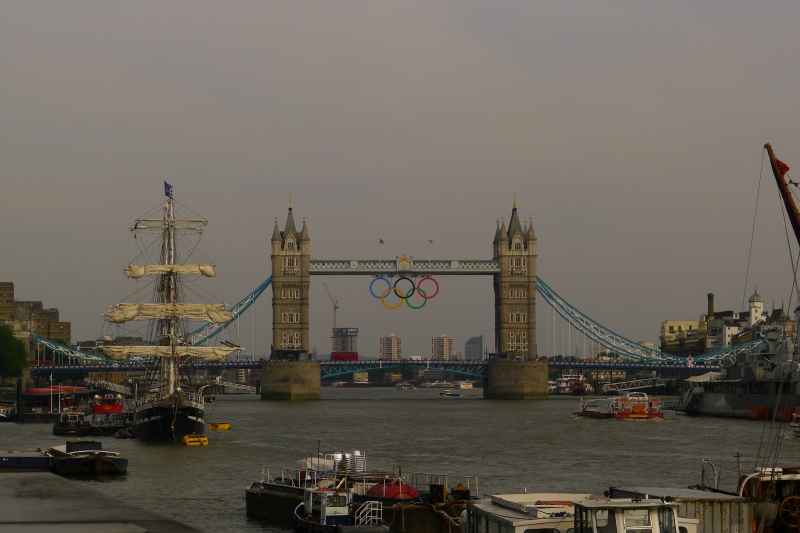 The iconic Tower Bridge over the River Thames

The Liberty London store, just around the corner from Niketown London 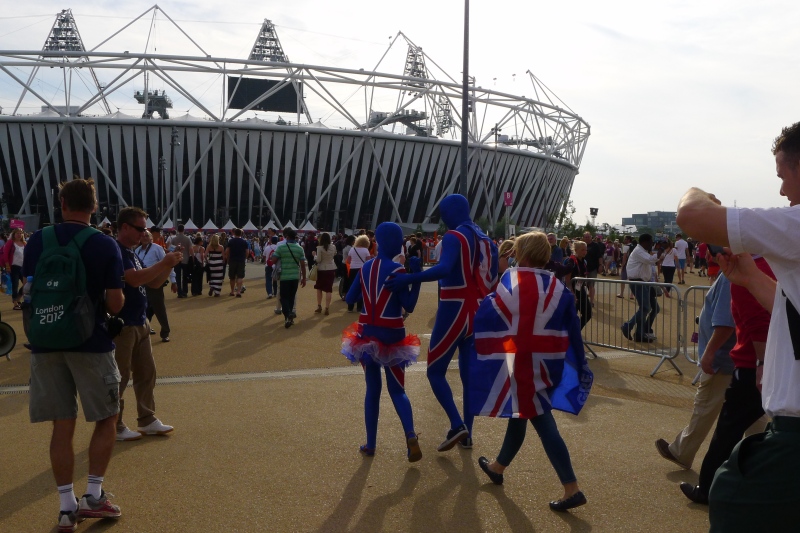 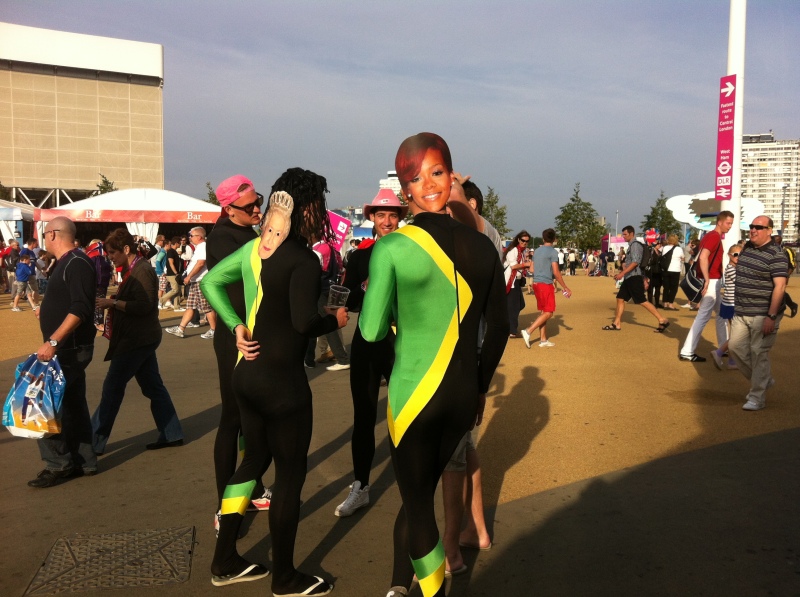 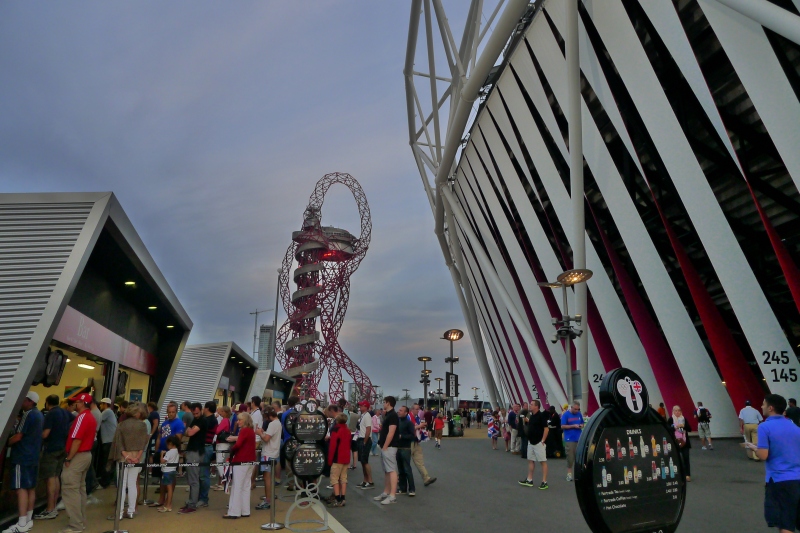 Grabbing some dinner at the Olympic Stadium 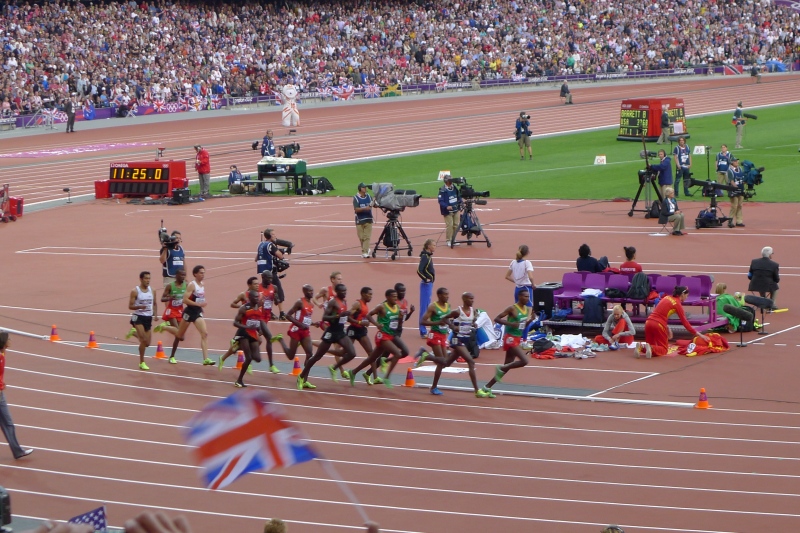 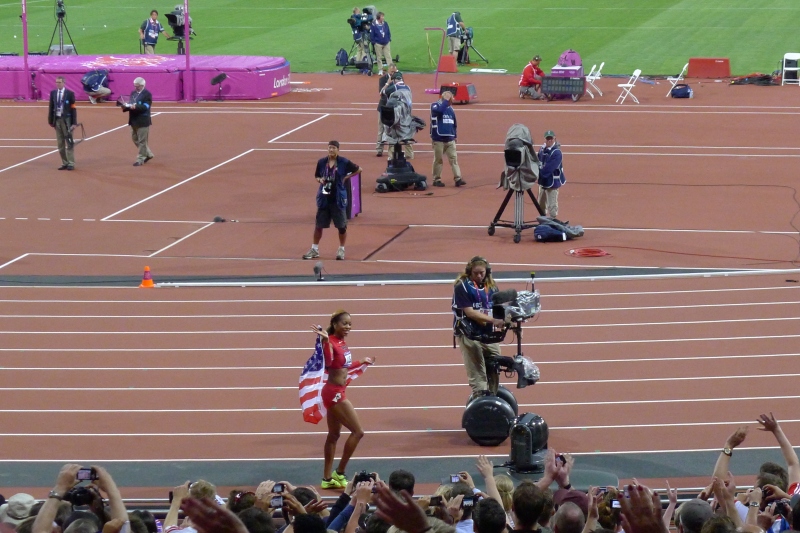