It’s amazing how quickly Christmas comes and goes as the years go on. Maybe it feels even faster since our holiday centers on a speedy-yet-satisfying trip back home – the norm for my last seven Christmases (and more for Jeff). Whatever the case, I’m always super giddy to board the late-December flight east to Detroit to celebrate with the families and friends we’ve known and loved our whole lives.

Disclaimer: My camera didn’t make as many appearances as it should have. I missed some really wonderful times, such as a trip to East Lansing to visit the Bellolis, meet their adorable little 11-month-old Nina, and visit with Tillman (who was the first visitor to our Portland apartment), Joey (who conquered the Cartathlon with us in May) and Folino. I also forgot to capture the one big night out with my friends – Ashley, Ashley, Jenny, Vanessa, Rachel, Lesley, Sharpie and Mike – at Village Inn in my hometown Linwood. Stupid me. In both instances, all the lively reminiscing and catching up must have distracted me! At least I got quite a few family photos throughout the week…

But first – before we packed our bags for our trip to the Midwest, we toasted the season with an ugly holiday sweater dive bar crawl in our Northwest Portland neighborhood. Jumping from Joe’s Cellar to Quimby’s at 19th to 21st Avenue Bar & Grill, the crew drank plenty of dive bar-appropriate PBR and enjoyed the semi-mild weather that let us walk around town without winter jackets covering our sweater awesomeness.

Back to our week-long trip to the Mitten State: Jeff and I spent the first half with his family in Brighton, and the second half with my family in Linwood. The traditions remained the same, from the early-morning trip to Detroit’s Eastern Market with the Krasses, to waking up with the entire Redick clan early Christmas morning to open presents. Throw in a trip to Coney Joe’s for our coney dog fix, a couple unsuccessful trips to Mid-Michigan casinos, an award-winning pizza dinner at Linwood Hotel, and plenty of bonding time with our little nieces, and it was a wonderful trip that left our souls brimming with love and happiness.

…and, of course, we picked up colds along the way to bring back to Portland. 🙂

As for ringing in the new year tonight, we’re still nailing down a plan with the neighbors – something along the lines of a dinner, movie, and back patio viewing of the ball drop. Goodbye 2012, hello new year!

Mama bear getting her paws on Jeff 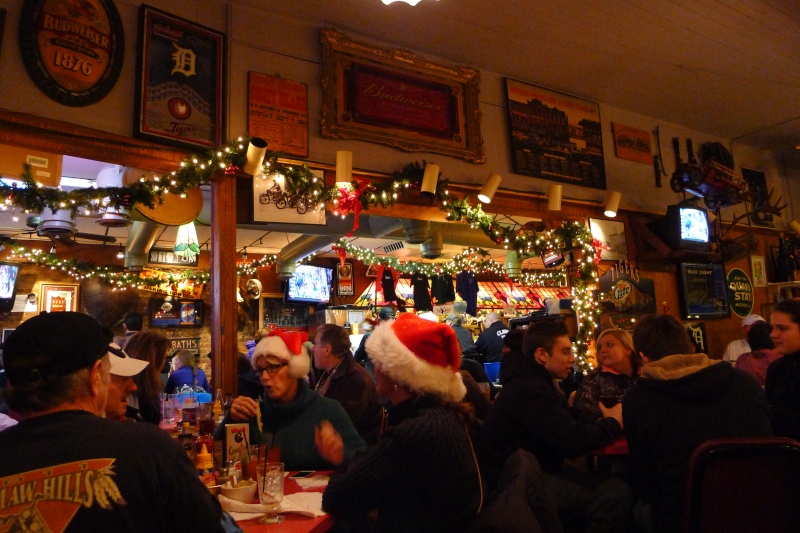 Festive atmosphere at Vivio’s in Eastern Market, 8 a.m. the Saturday before Christmas 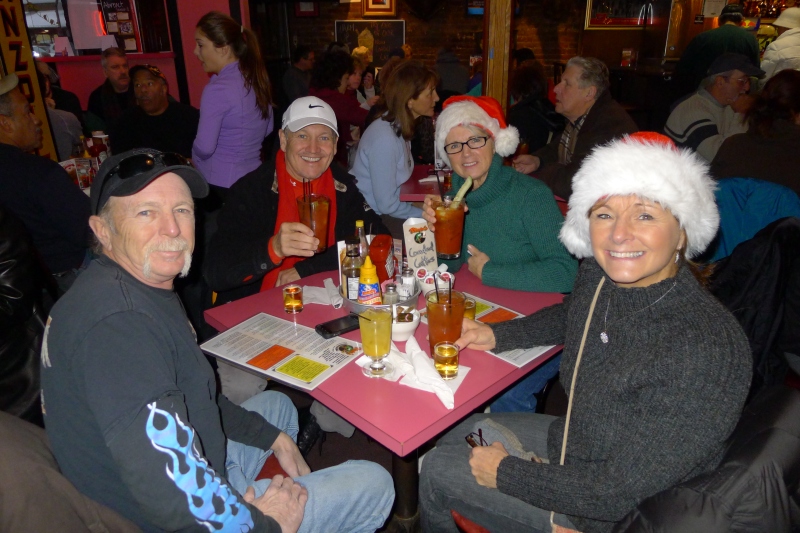 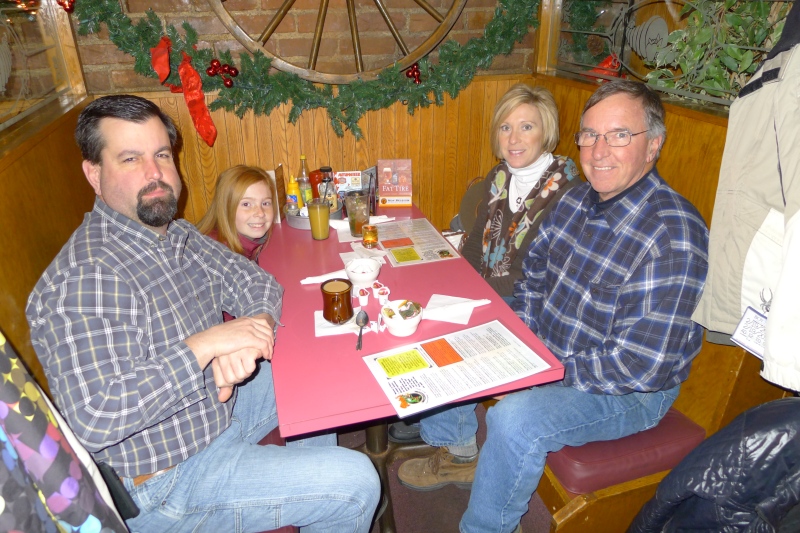 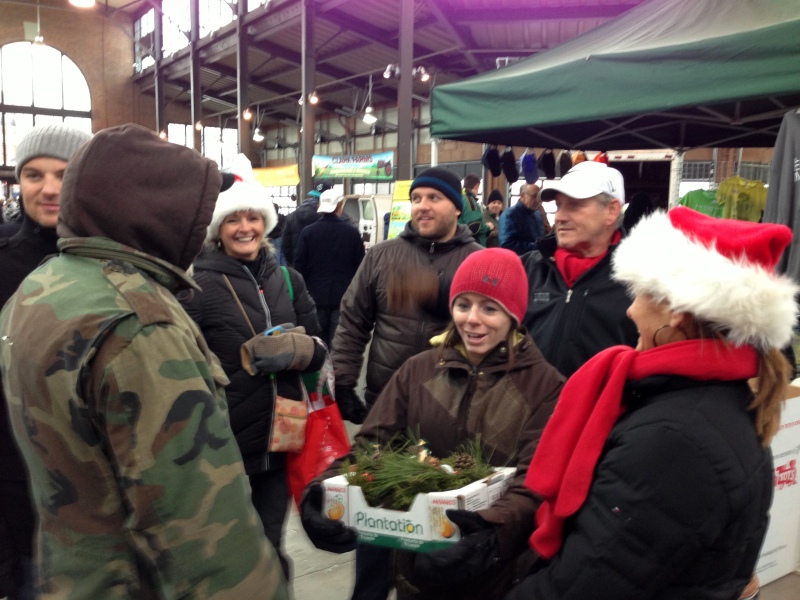 Touching base in one of the sheds at Eastern Market

Ah, the eclectic musicians…a reminder of our new home Portland…

Posing with Mr. Detroit himself (and he has the papers to prove it!)

Mr. Detroit sharing stories with our crew at Bert’s in Detroit

Jeff and Uncle Ron at the Krass family Christmas 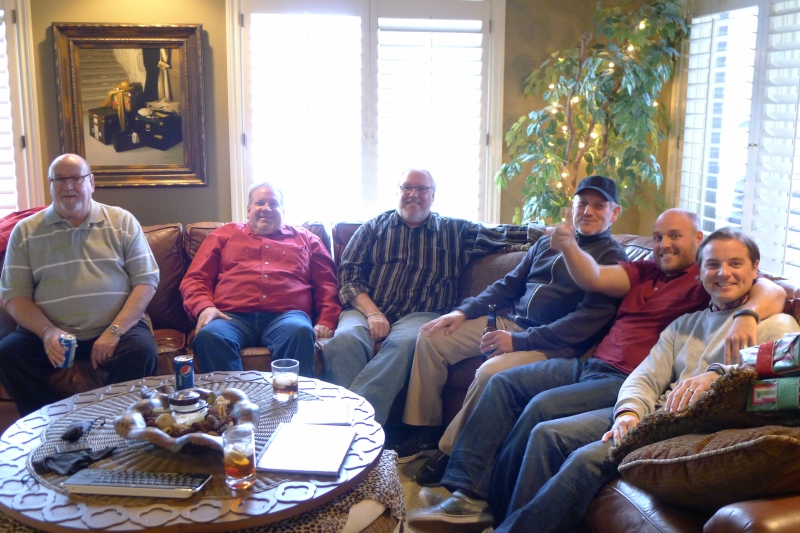 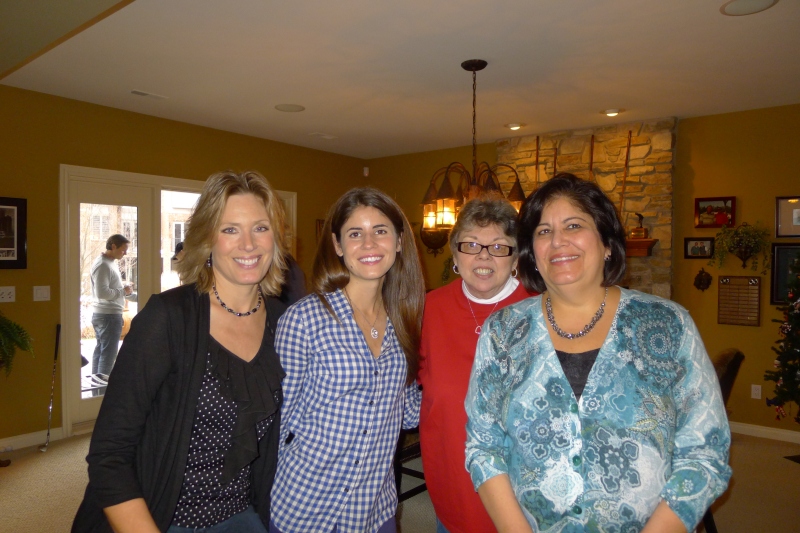 Two bros and their pop: Rob, Bob and Jeff 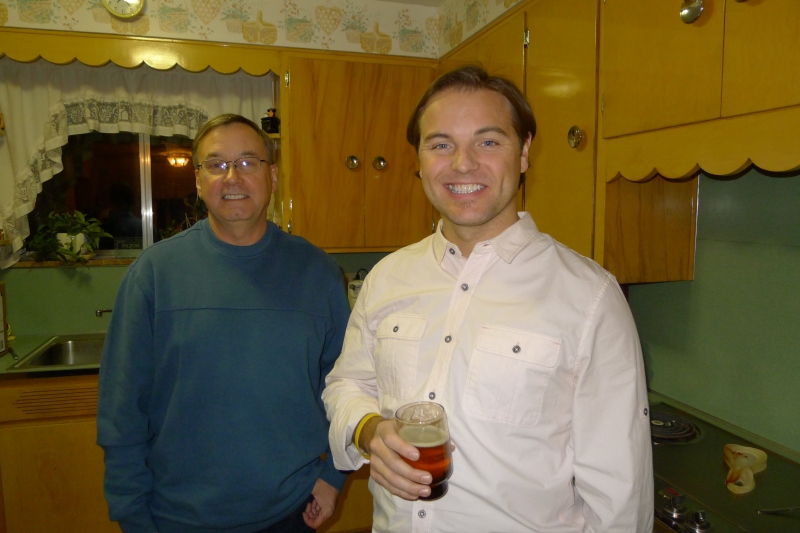 The present-opening begins at Grandma’s house!

The fam at Grandma’s 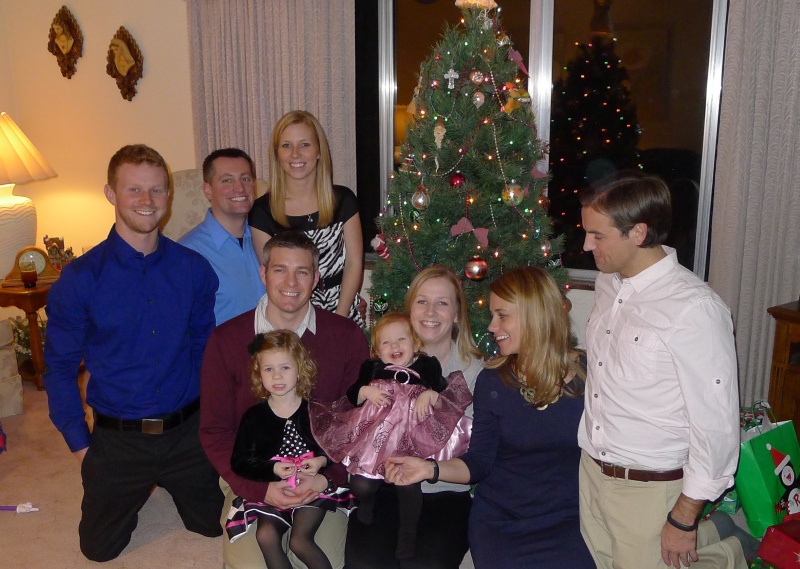 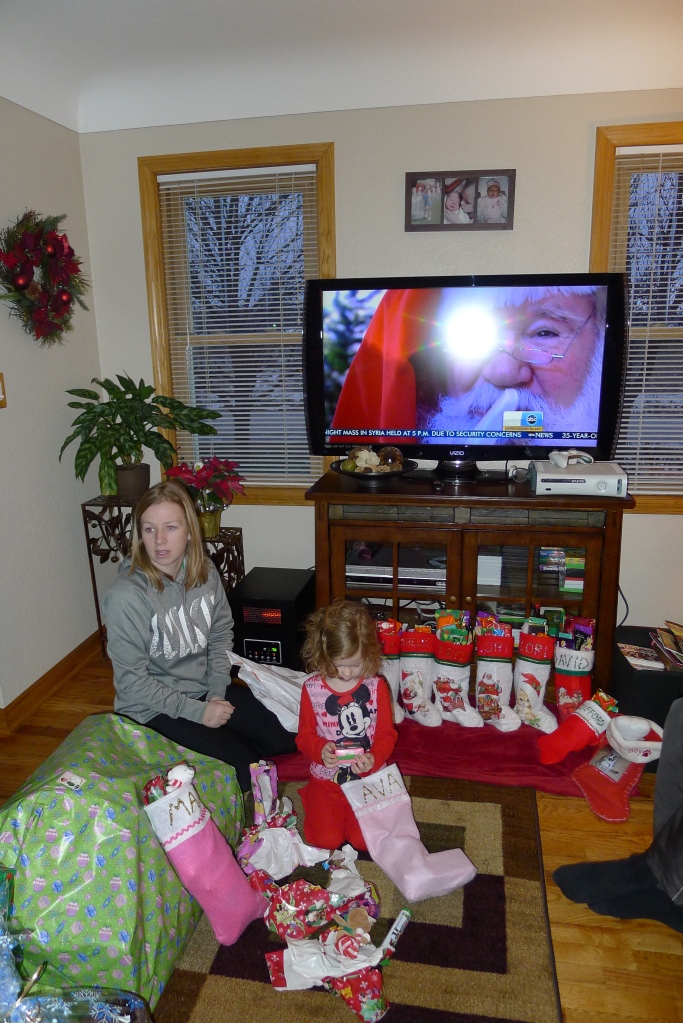 Lori and Ava kicking things off with stockings

Jeff and our goddaughter Macy 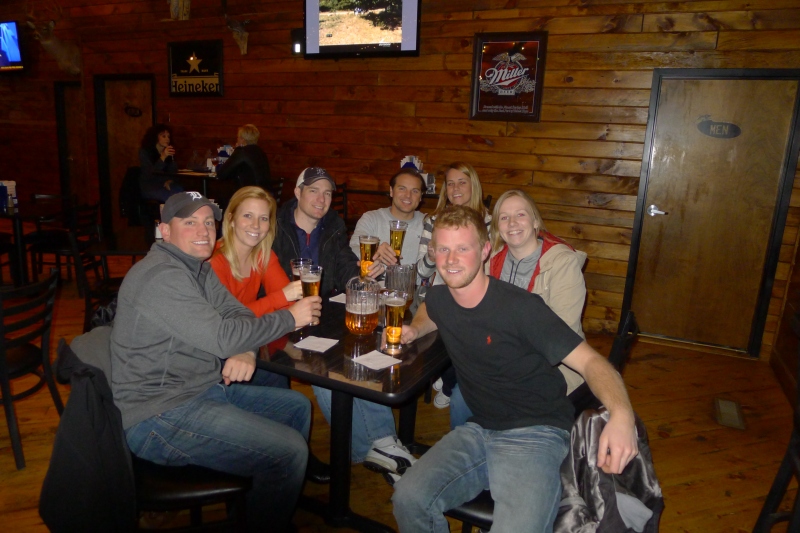 Kids night out at The Cabin in Linwood 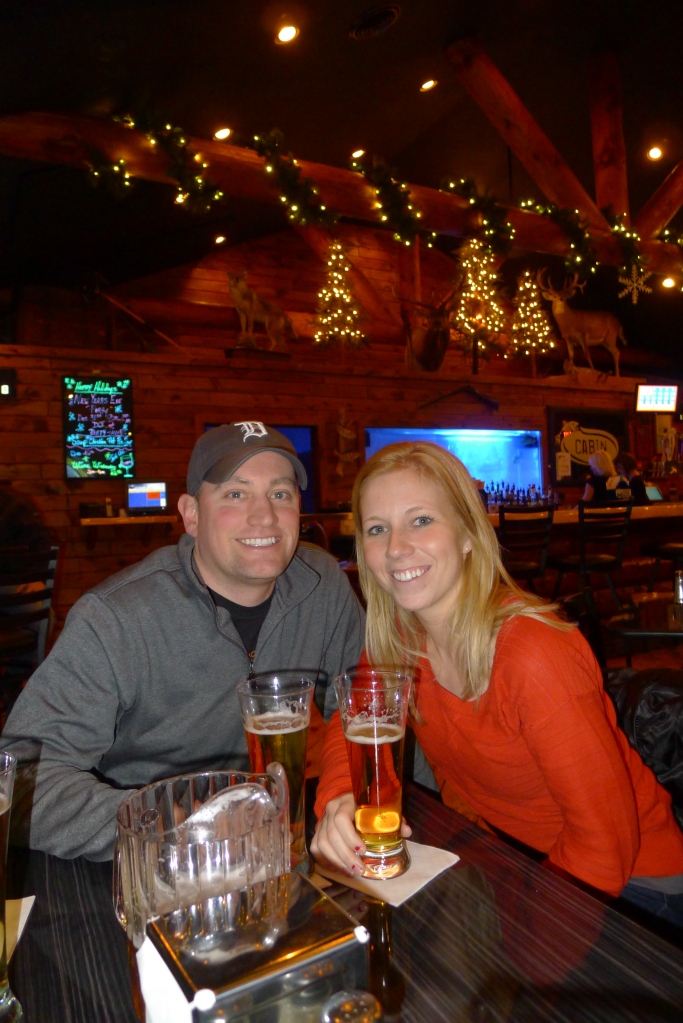 …and the old married couples, Cory and Lori, Jeff and me 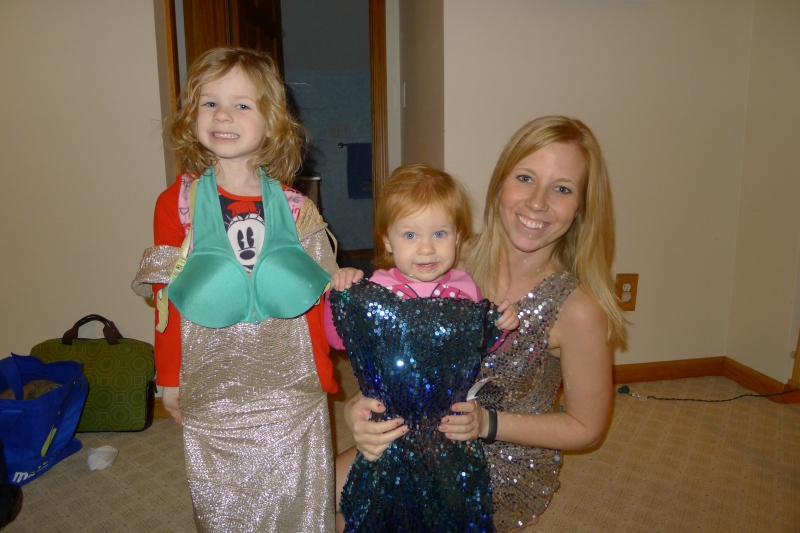 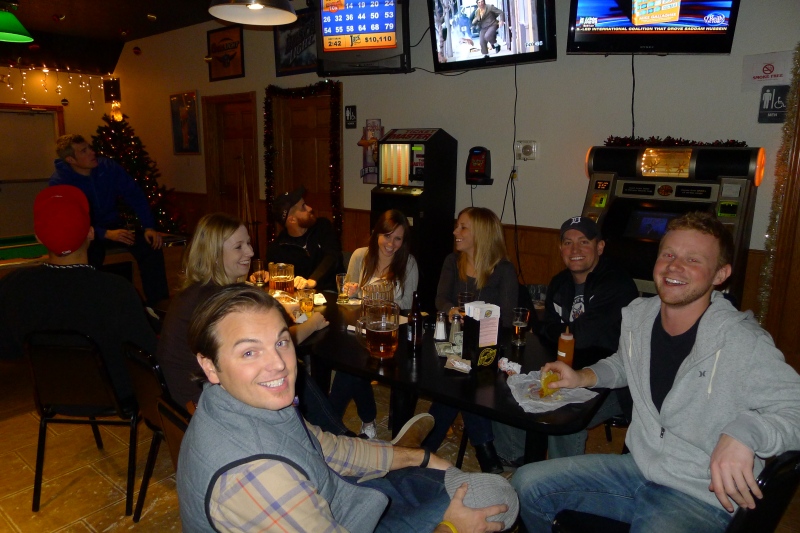