Happy 2013! Jeff and I welcomed the new year with one of the most relaxing, enjoyable NYE nights in recent history. As much as I love celebrating in Chicago and sporting glitzy dresses, it felt so appropriate to stick around Portland, grab whiskey-glazed boneless BBQ wings at Kells Irish Restaurant and Pub with Lindsay and Daniel, catch “The Perks of Being a Wallflower” movie (which was good!) at McMenamins’ Mission Theater, and huddle around our apartment building’s back patio fire pit with a bottle of champagne and our little buddy Cooper. 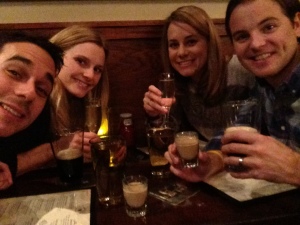 Yet the special occasion called for an extra-special fire pit atmosphere. Jeff spent the afternoon rigging up the pagoda with blanket walls, snaking a cable line from our back window to power a TV, and picking up Prosecco, Veuve Clicquot, Session beers and snacks for late-night noshing. It. was. perfect. The four of us shimmied into sweatpants and blankets and toasted the new year with Coop in our warm backyard fort.

Like in years past, Jeff and I jotted down a few personal goals to lay the foundation for a stellar new year. Little financial, little physical, little fun. Here’s a sampling of mine:

Today, the crisp, clear New Year’s Day morning beckoned for a hike. With more than 220 miles of local trails at our disposal, it’s easy to find new and exciting terrain to explore. Today’s pick: Rocky Butte Hike, 15 minutes northeast of our place. According to PortlandHikers.org, “Rocky Butte, one of Portland’s Boring volcanoes, lay in the direct path of the Bretz or Missoula Floods, some of the largest known on the planet, which blasted down the Columbia Gorge from what is now Montana over a period of about 2,000 years until about 13,000 B.C.” We tackled that butte beauty with Cooper, who was more than happy to lead the way up the 612-foot-high extinct volcano. The hike culminated with an epic summit at the Joseph Wood Hill Park, which boasts amazing, 360-degree views of Mt. Hood, Mt. Saint Helens and a peek at downtown Portland. Breathtaking! 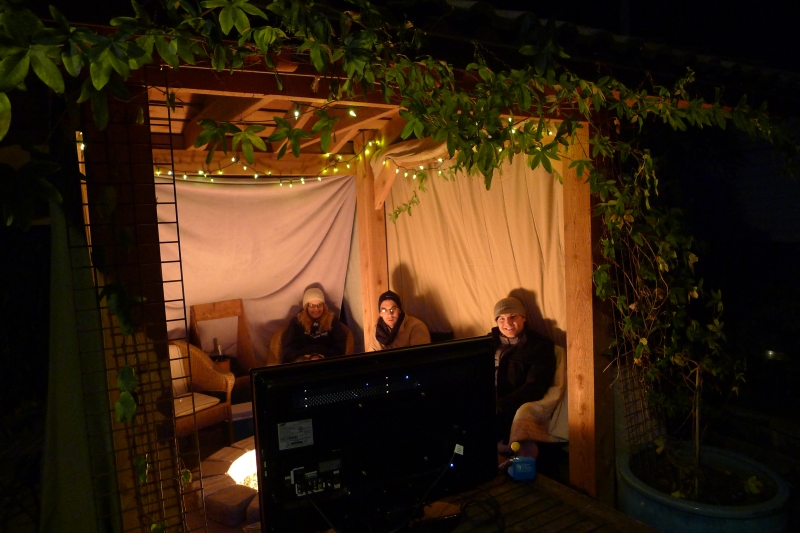 Jeff’s handiwork: a New Year’s Eve cabana in our backyard! 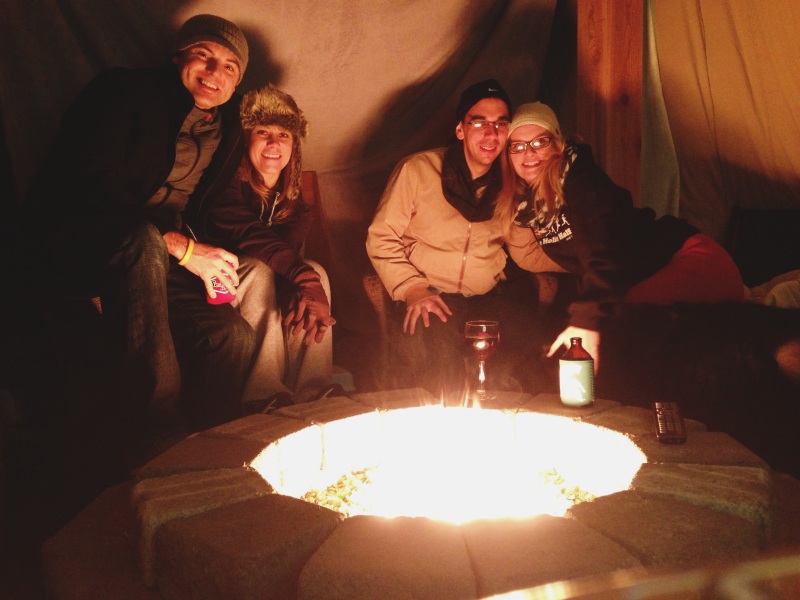 Cozied up in our cozy clothes

Lindsay and Daniel popping the bubbly

Mt. Hood view on our way to the Rocky Butte Hike summit 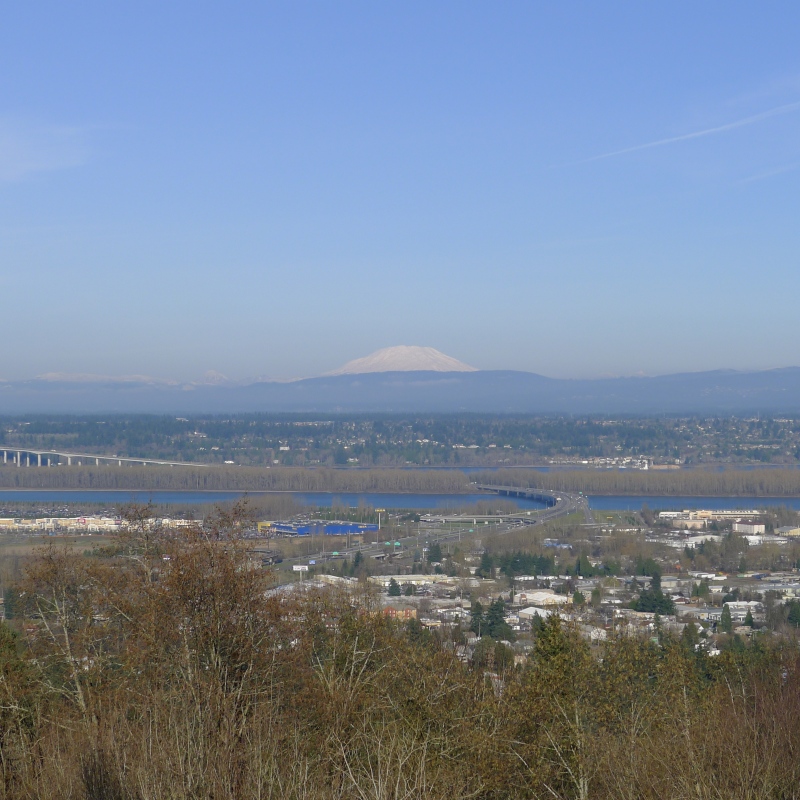 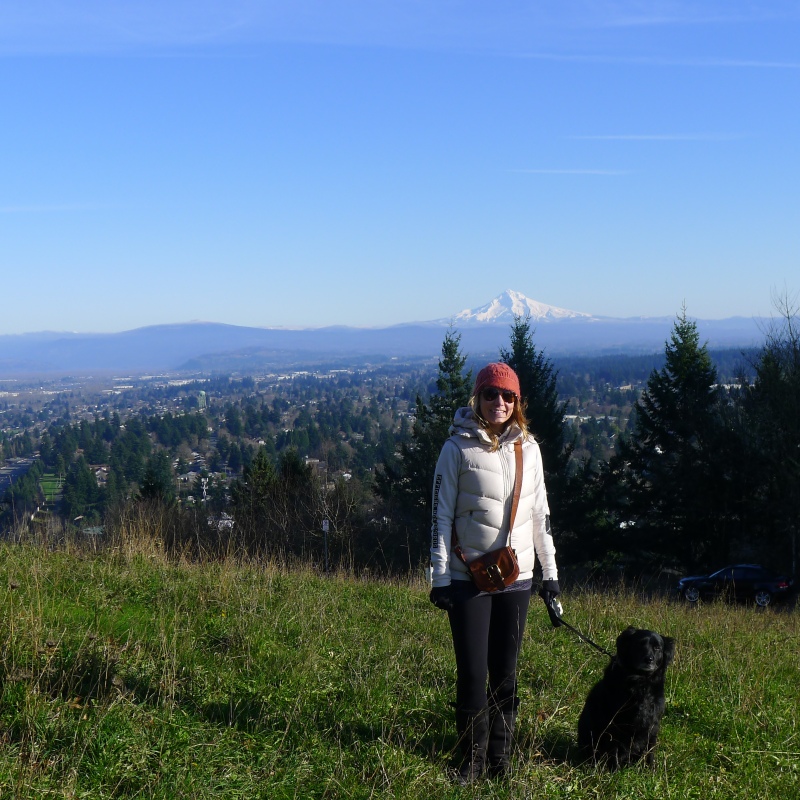 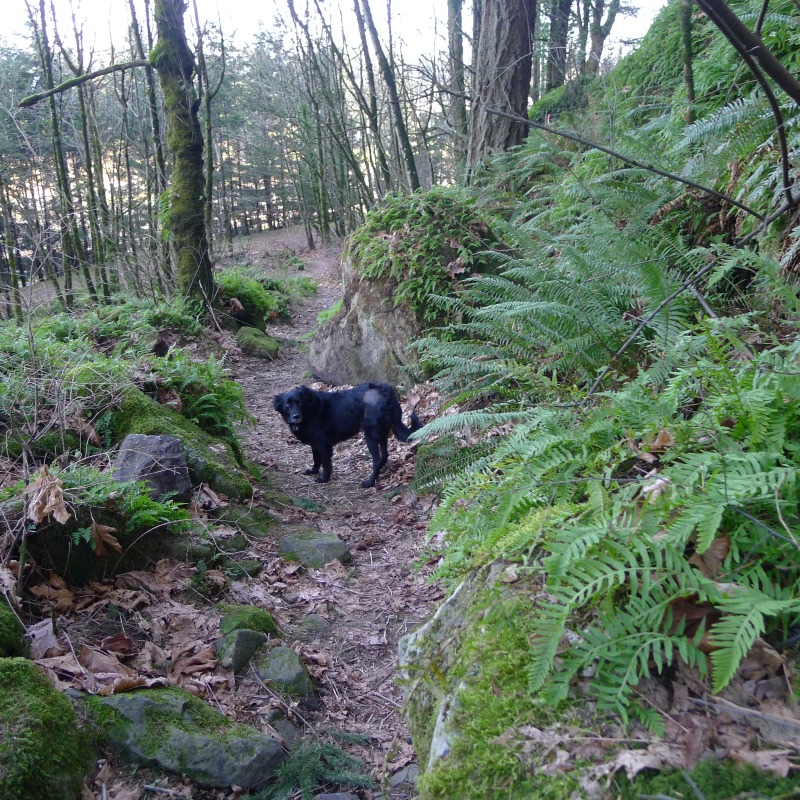 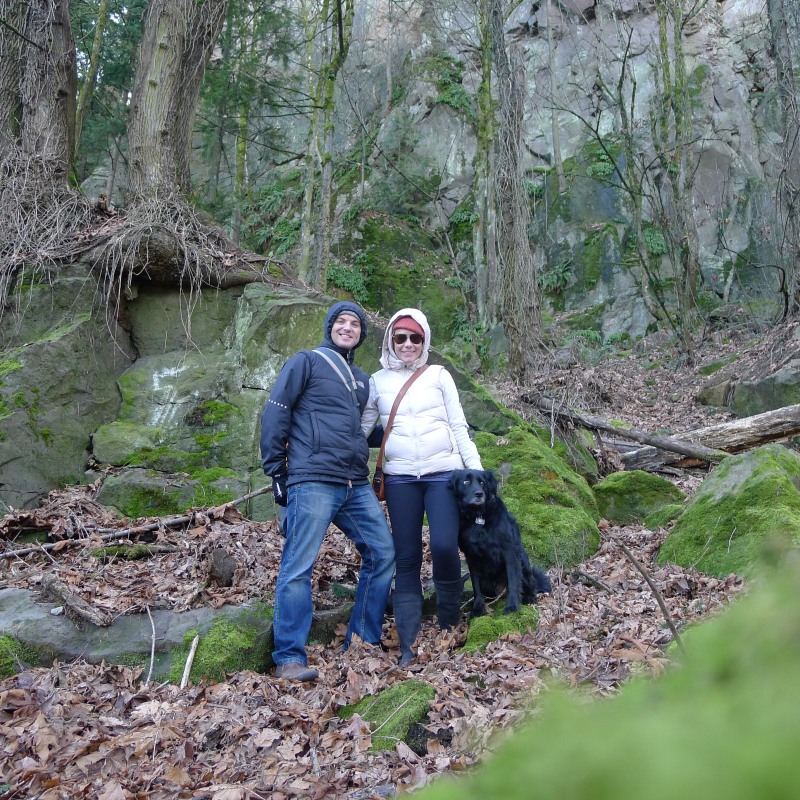 Hooray for the first hike of the year!