One of the first things I do when I move to a new city is scan local museums’ and attractions’ online calendars for free admission days. Almost every major historic or artsy place offers free days, which provide a perfect opportunity to get a dose of culture without shelling out a bunch of money.

An oasis in the middle of the city

I’ve had my eye on Lan Su Chinese Garden, nestled in Portland’s Old Town/Chinatown. The city-block-wide walled garden is constantly featured in “Top Things to Do in Portland” lists ranging from Time Magazine to US News. Normally $9.50 per person to visit, the popular attraction ran a “Great Eight Free Days” deal that ended today, so Jeff and I braved the 30-degree weather to check it out.

Lan Su is considered the most authentic Chinese garden outside of China, and boasts more than 300 plant species found in traditional Chinese gardens. While I’m sure the garden is more lush in the summer, it’s still stunning in the wintry months. Sprawling rock mosaics cover the grounds, 51 geometric “leak” windows offer peeks into corners of the garden and the surrounding city streets, Tai Hu rocks mined from Lake Tai in China jut from a waterfall, and intricately-designed pavilions circle Lake Zither. Jeff and I warmed our bones in the teahouse, where we sipped amazing Jasmine Pearls green tea and snacked on delicate, sesame-flavored Mang Gong cookies. After passing a solemn group of bundled-up people practicing tai chi on the patio, we bid adieu to the gardens before the crowds got too thick.

I also had been itching to check out Local Choice Produce Market, which just opened this month in the neighboring Pearl District. A Portland couple launched the 10,000-square-foot market that’s chock-full of products made, grown or distributed locally. It’s one of those places that instantly makes me happy – it encapsulates so much of what I love about Portland. Beyond the mounds of fresh produce, the market offers a bevy of tasty goods from local merchants like Salt and Straw and Jacobsen Salt Co., plus a beer and wine bar, smoothie and juice counter, coffee shop, meat counter and prepared-food deli. Yummmmm.

Thoroughly satisfied with our Saturday morning excursion, we carted our fruits and veggies home to grind out some juice, my latest obsession. More to come on that! 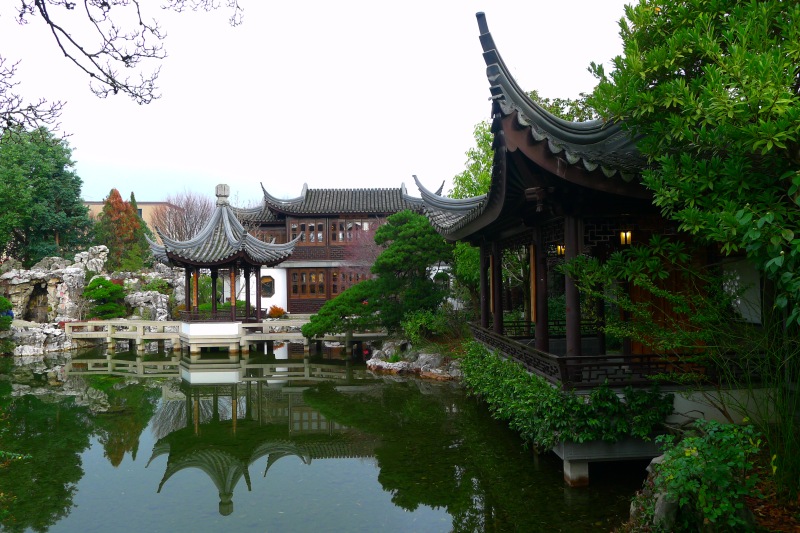 Jeff by the sad fruit tree 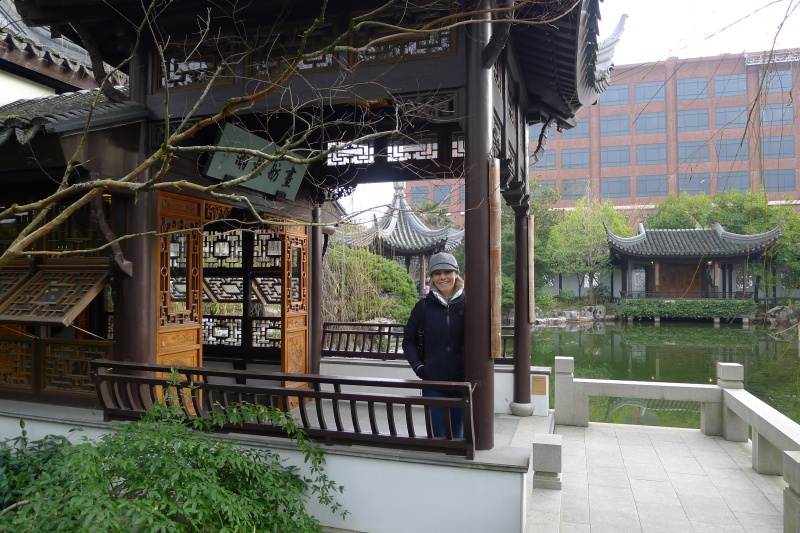 Me bundled up near Lake Zither

Leak window, which reflects a pattern in nature and “leaks” a view into another space in the garden

One of many stone mosaic patterns on the ground 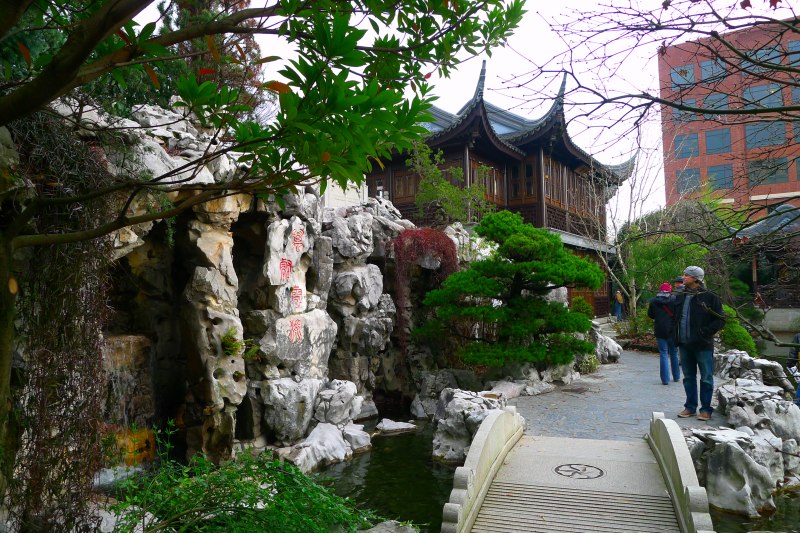 Tai Hu stones formed of limestone brought up from the bed of Lake Tai, 30 kilometers west of Suzhou, China

Enjoying our tea and Chinese snacks in the teahouse

A crew of people practicing tai chi along the lake 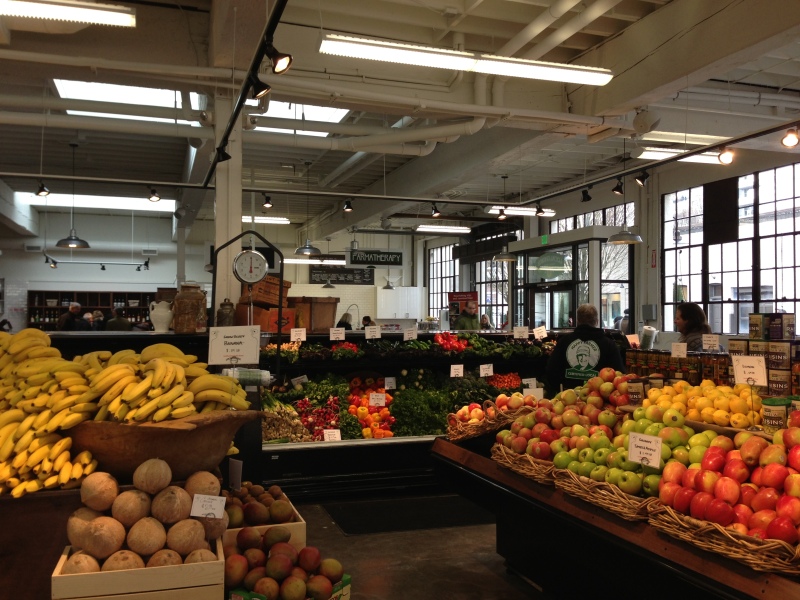 Patrons sipping coffee and munching on snacks in the market

Snug as a bug in a rug