February has been a dichotomy: great times with friends and quiet times at home. Outside, the weather is mild and drizzly, with temperatures in the high 40s, 50s, and low 60s. Cooper has his good times and bad times – it seems chemo isn’t as smooth sailing as the radiation treatments were. Jeff and I are sort of trying to ratchet back our ridiculous frequency of eating out, for both health (aka waistline) and money (chemo ain’t cheap) reasons. Yet there’s still a lot of fun stuff going on! 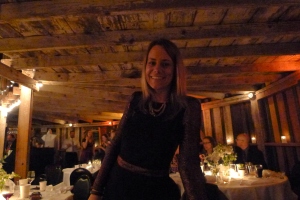 We attended our first Portland wedding on Feb. 9 at the shabby-chic Octagonal Barn at McMenamins Cornelius Pass Roadhouse. My Nike friend Alexis married another Nike guy David, and they planned a fun, laid-back, intricately-detailed ceremony and reception. I loved the Irish/Scottish folk song singer Bill Mullen (another Nike dude) providing lively dinner music, the flavored popcorns ranging from dill to cool ranch, Voodoo Doughnuts instead of wedding cake, and sweetly funny officiating from Alexis’ co-worker Rick. I also got a chance to chat a bunch with Shannon, a new Internal Communications colleague of mine. Lovely night!

The concert itch struck me after I got a pre-sale alert for Sasquatch music festival on the breathtaking Columbia River Gorge. It looks amazing: a Memorial Day weekend full of camping out and jamming to Mumford & Sons and a million other acts. Stupid me didn’t realize tickets sold out so quickly – by the time our bowling team enthusiastically jumped on board, tickets were long gone. Instead, I got a quick music fix from a Truckstop Darlin’ show at Al’s Den, a intimate basement-level McMenamins bar that hosts nightly acoustic sets from local musicians. Neighbors Lindsay, Daniel, Kent and Miranda joined us, and we settled in next to the stage alongside artist Kenneth Fuller, who embarked on a 100-painting, three-month art project where he paints an animal portrait live, inspired by the music of the show. This time, the outcome was a hawkish bird.

The following day, I had a long-overdue girls night out with Kristen, Jessica, Erin and Jessica’s friend Stacey. We checked out a cozy new urban winery, Cyril’s at Clay Pigeon Winery, and capped the night with craft cocktails at Beaker & Flask.

February holds a lot more fun: a week-long Disney World trip. More to come on that!

Dressed up and ready for some wedding action

Jeff in his hipster tie and moustache, me in my fancy glasses 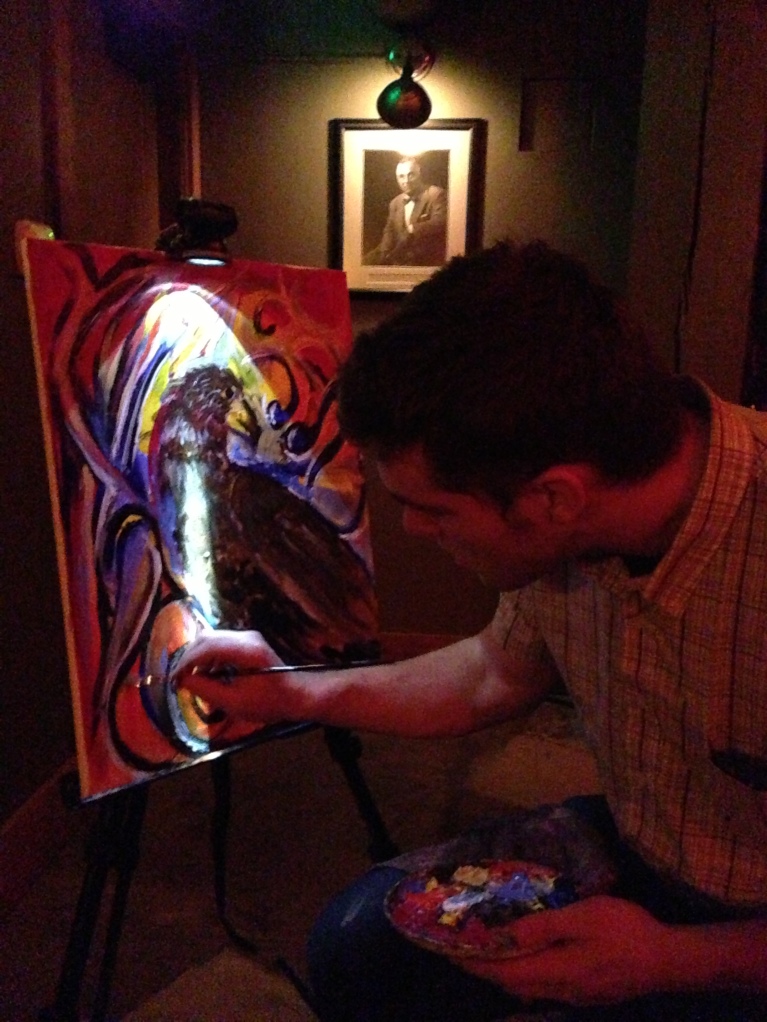 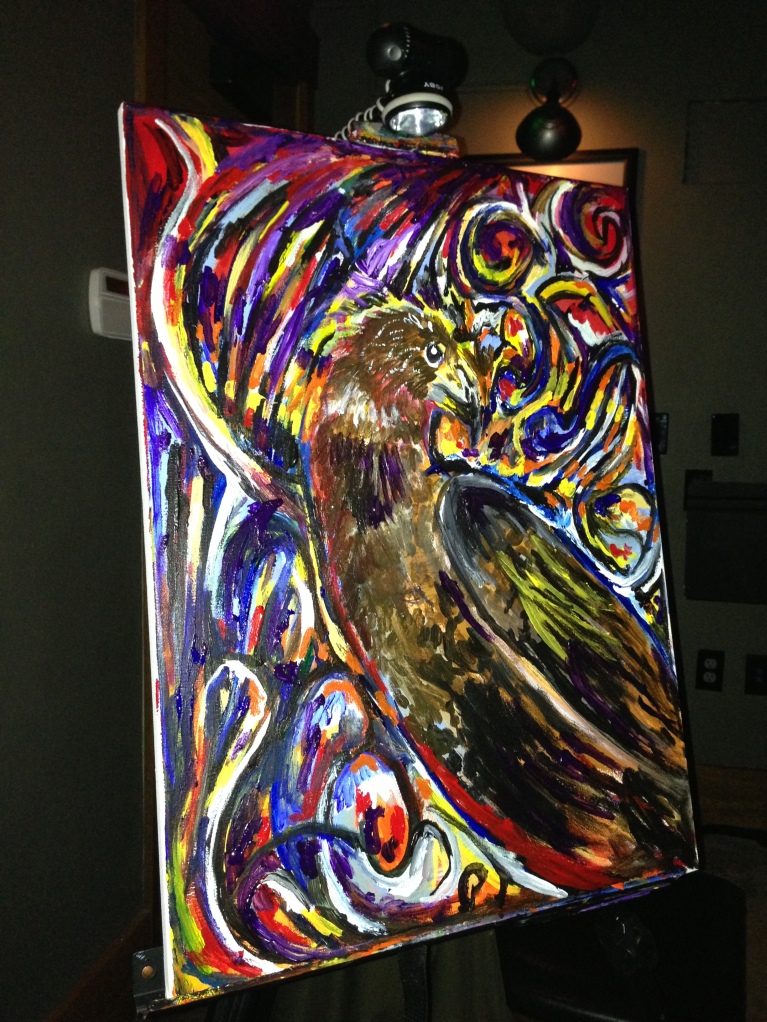 Drinks with the girls (Jessica, Kristen, Erin and Stacey) at Beaker & Flask