Y’know when you flip through photos from a super fun vacation, and you feel that pang of quasi-homesickness to be back in that moment? That’s the deal with my recent Walt Disney World trip with my extended fam.

The last time I visited Disney World, I was 15ish with three younger siblings in tow and a best bud Jenny along for the fun. Now, I’m (cough) considerably older with two awesome nieces who are at prime ages for Disney, so when my sister asked Jeff and me to join her family, my mom and dad, and my cousin Carrie and her daughter Raegan, on an all-inclusive, week-long Disney excursion, we signed on.

We kicked off our cross-country journey with a layover in Phoenix and a quick airport brunch with Jeff’s mom and his dad, who had just stepped off a flight himself. What are the odds?

Once Jeff and I arrived in Orlando, we bunked up with the rest of my family in a golf course-flanking villa in Disney’s Old Key West Resort for seven nights, and relied on the Disney bus system to shuttle us to and fro the four theme parks: Animal Kingdom, Epcot, Hollywood Studios and Magic Kingdom. My cousin Chuck from Ft. Lauderdale and Uncle Bob from Jacksonville joined us for a few days each. Our posse of grown-ups and stroller-bound kids shuffled from one park to the next, enjoying the awesomeness that is Disney. The girls LOVED it, and I loved seeing what they enjoyed most. For instance, little almost-2-year-old Macy giggled throughout Hollywood Studios’ Backlot Tour. Ava proclaimed the slightly-scary Dinosaur ride her favorite – although that’s not so surprising since she’s been obsessed with the reptiles for years. Our days were full of rides and shows, getting autographs from characters, and dinners with princesses.

Speaking of dinners…the Disney meal plan was pure gluttony. We ate. And ate. And ate. With a swipe of a Disney card, we loaded up on lunches with entrees, sides and desserts; all-you-can-eat buffets; and snacks galore. The highlights? The caramel popcorn from Epcot’s Karamell-Kuche in Germany, the croissant jambon fromage from the Epcot’s Les Halles Bakery in France, lunch at Wolfgang Puck Express Cafe in Downtown Disney, the frozen drinks in Epcot’s France, and the Chef Mickey’s buffet. Luckily we walked miles every day to slightly offset our massive caloric intake.

The weather, well, it kinda sucked. Some nights the temps dipped into the 30s, but we did squeak out a couple days in the 70s and 80s. Once it hit 80 degrees we bopped over to the hotel pool to soak in the rays.

Jeff and I also ducked out for a night at ESPN Zone to catch up with his Orlando-based cousins Chris and Jinny and her boyfriend Scotty, plus caught the tail-end of a (slightly random) Grace Potter and the Nocturnals concert at House of Blues with Jinny (who is HOB’s badass head of security), Lori, Cory and Carrie. The whole trip was full of mega-quality time with lots of family, and it was fab.

Jeff and I had a miserably long travel day on our way home, thanks in part to a canceled flight. And we came back to a sick dog at home. 😦 But the happy memories eased our troubles – and these photos make me smile!

First stop at Disney: DinoLand USA for my dino-crazy niece

Macy loving the petting zoo in Animal Kingdom (Side note: This jacket was purchased BEFORE I started at Nike.) 🙂 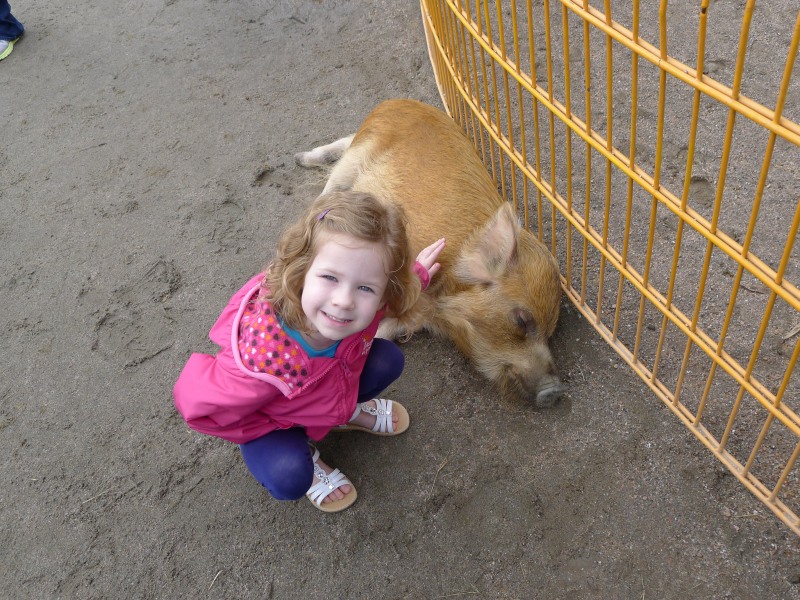 Ava and the napping pig 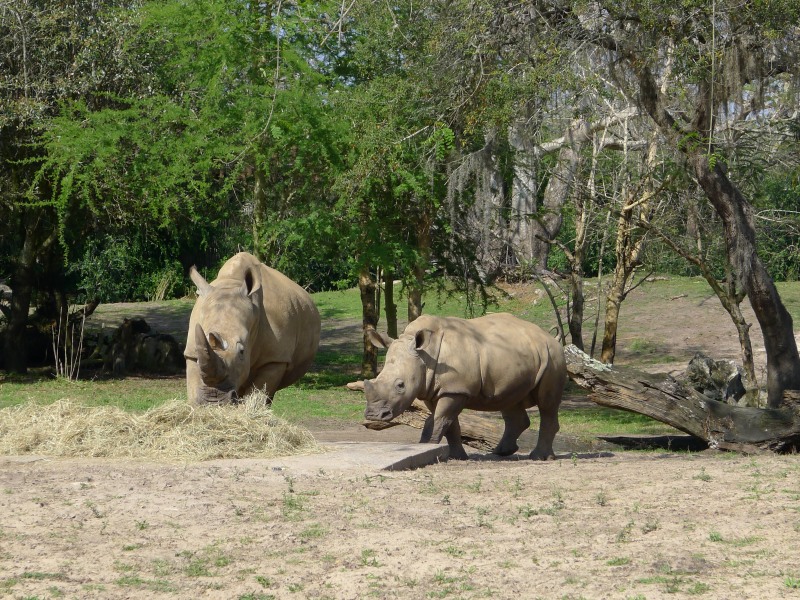 Rhinos, giraffes, and much more on Kilimanjaro Safaris

Me and my pops near Expedition Everest

The guys hanging out near Expedition Everest 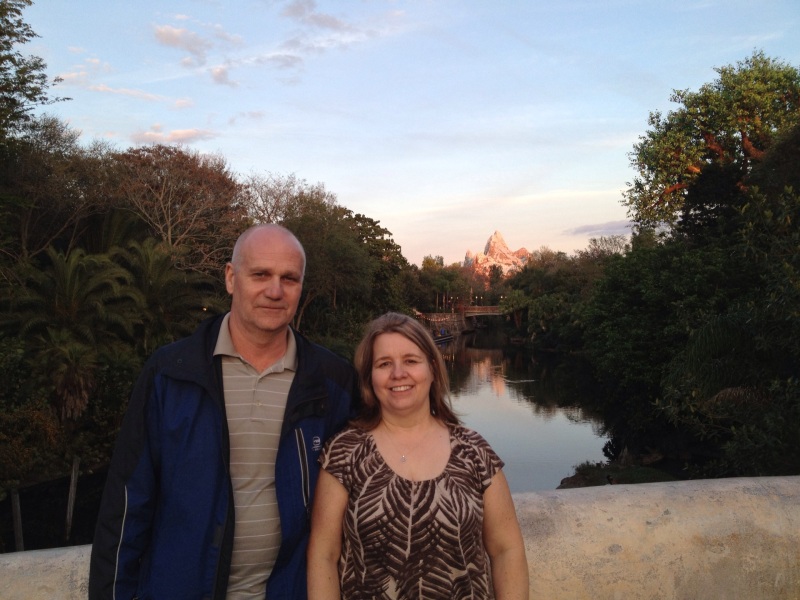 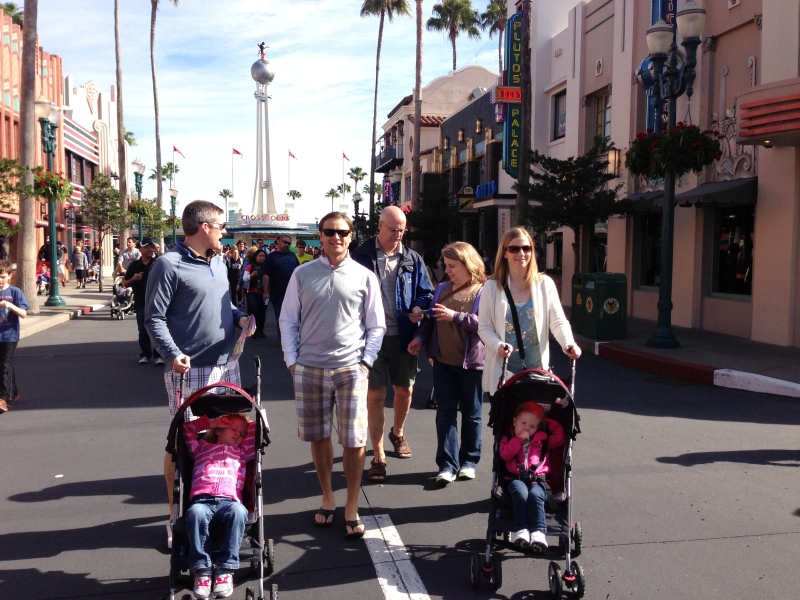 This is how we roll

Kiddos of all ages at Hollywood Studios

Cousin Chuck, Macy and Lori in the Honey, I Shrunk the Kids Movie Set Adventure 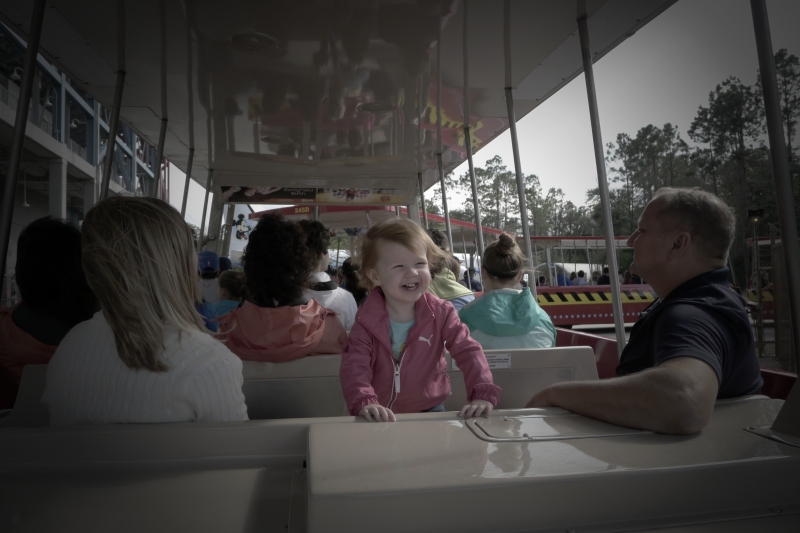 The crew taking a breather outside Ellen’s Energy Adventure 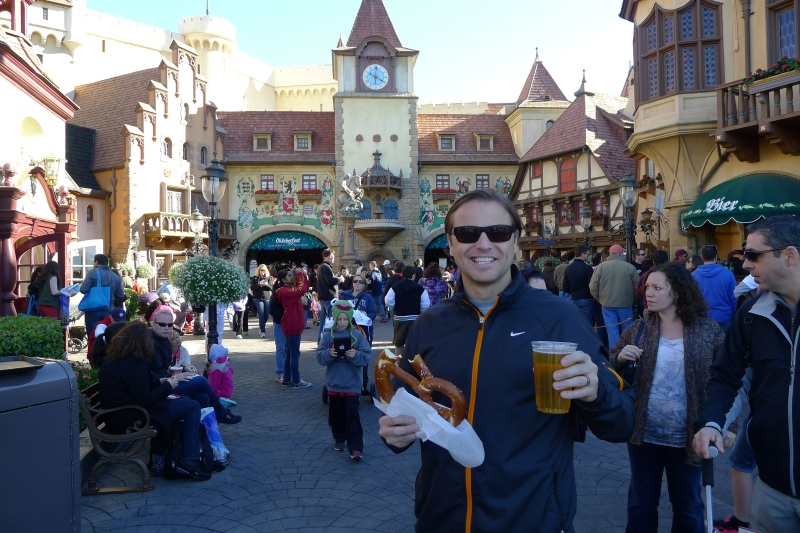 …along with Dad and Chuck

Look at that swing! Uncle Bob and the boys squeeze in a round of golf

Carrie, Cory and Lori at House of Blues for a Grace Potter and the Nocturnals show

Cousin Jinny and Jeff at HOB

Gathering on Main Street for the afternoon parade

Raegan getting a big hug from one of Cinderella’s mice 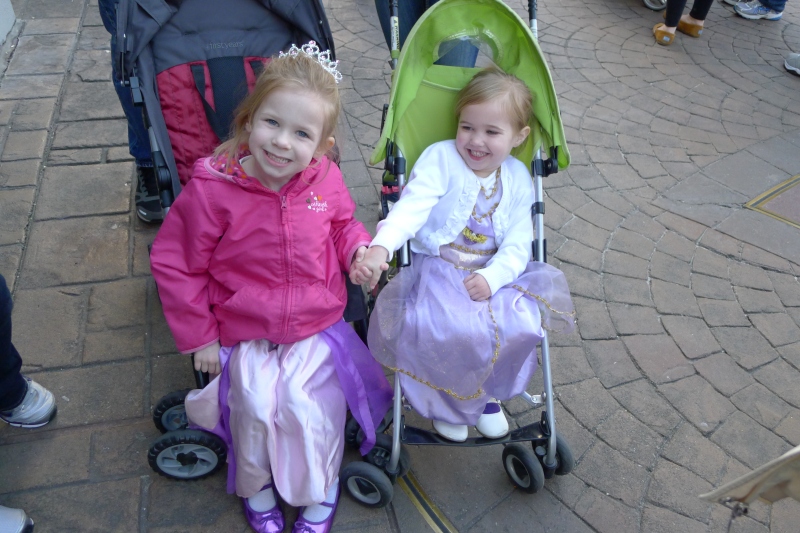 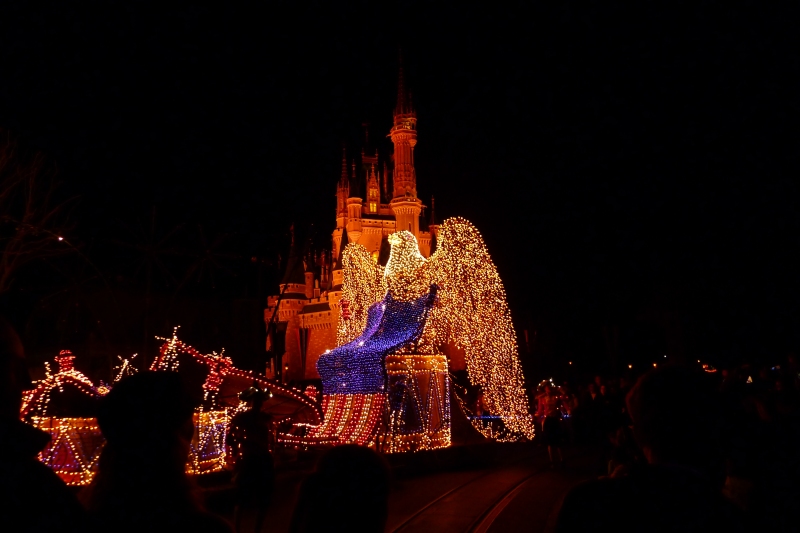 Staying up for the Main Street Electrical Parade 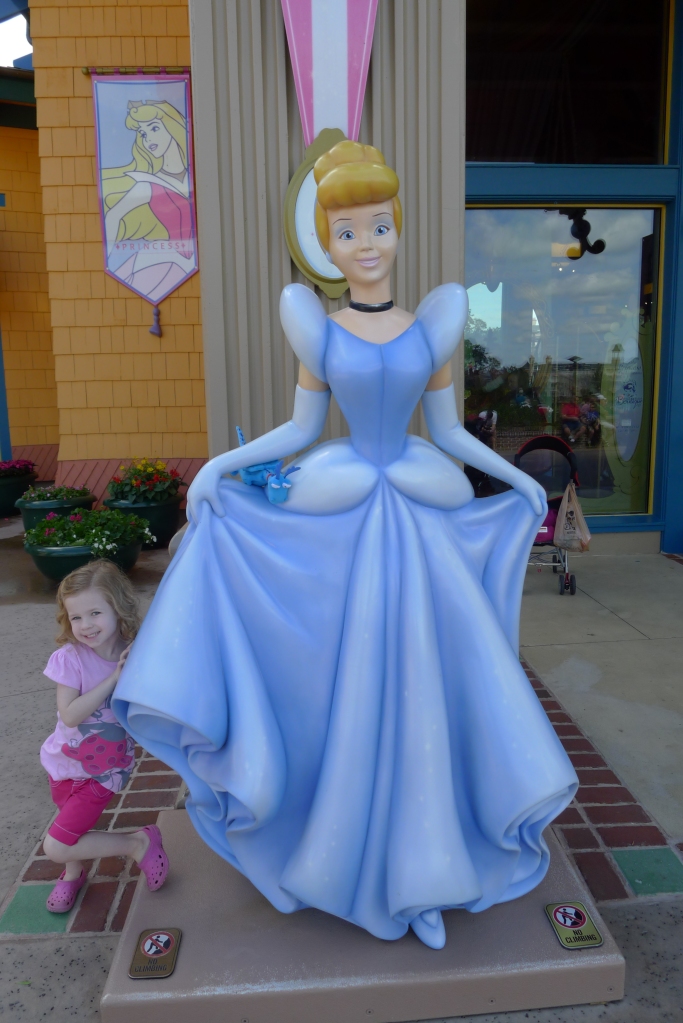 Striking a pose outside World of Disney 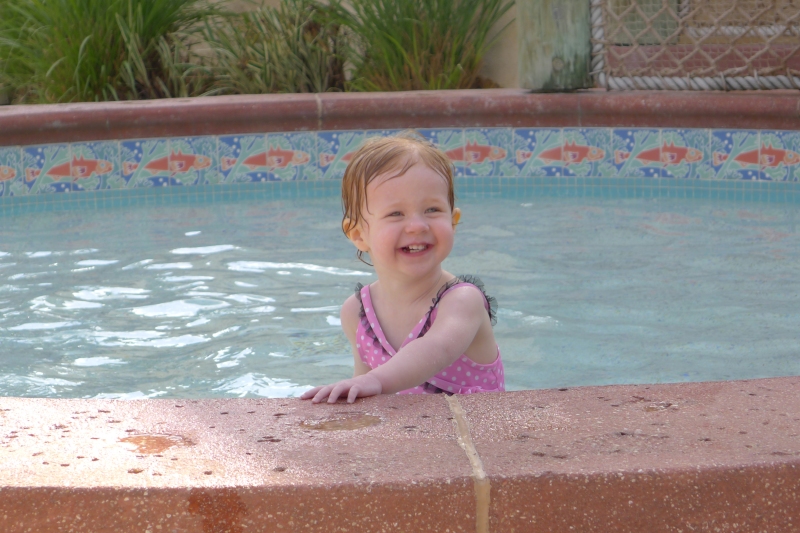 “He’s got the whole world in his hands…” 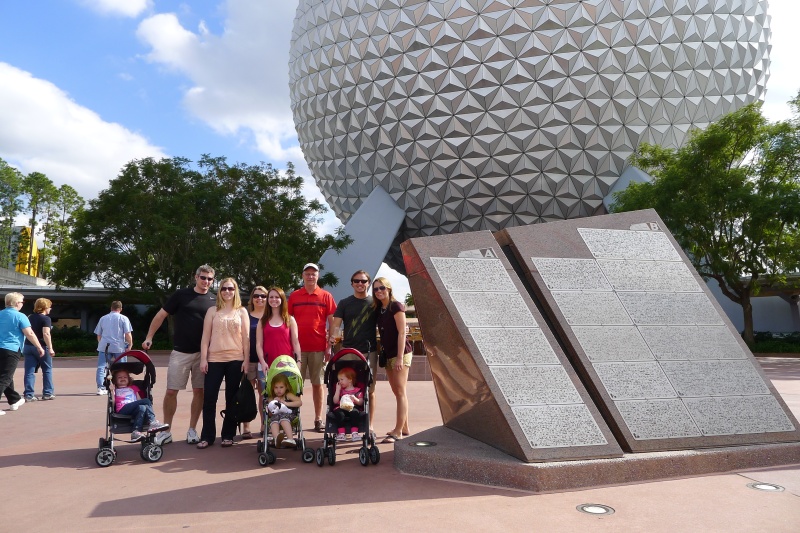 The fam after our third visit to Epcot 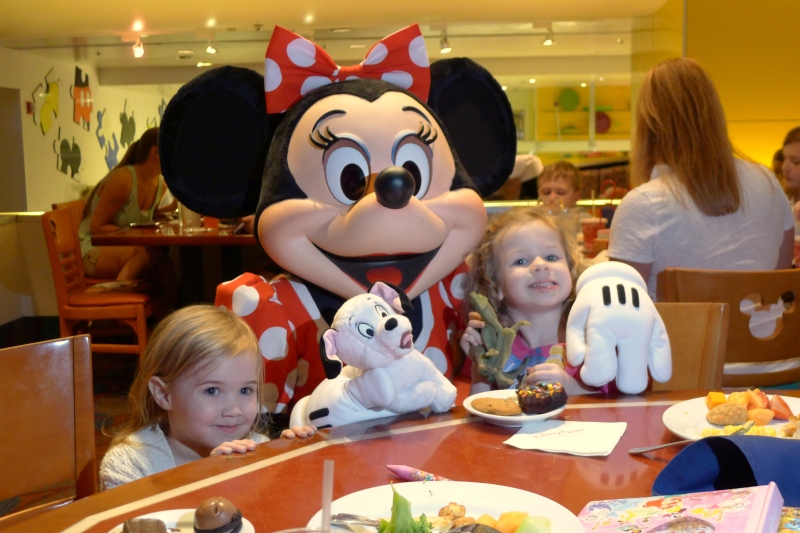 One last visit with Minnie at Chef Mickey’s 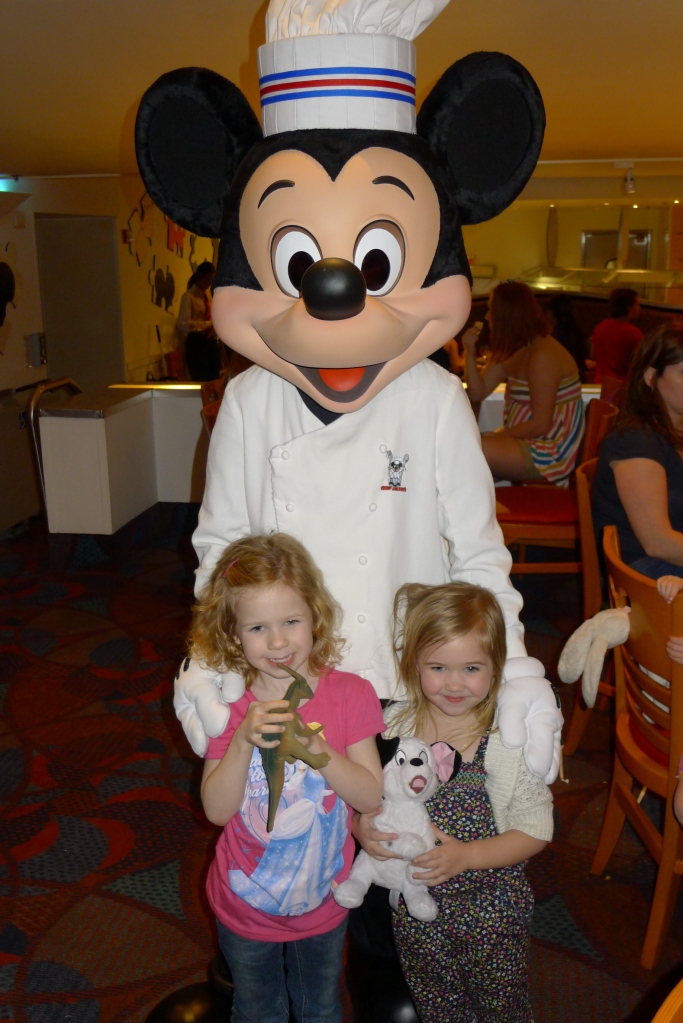 Capping our visit with a dinner with the mouse himself