Our Thunderballs bowling team closed the season in style – not by winning the league (we might have landed last place, actually) but by celebrating with a rowdy ski weekend at Mt. Hood. After work on Friday, March 1, the seven of us – and Cooper! – trekked up to our rental log cabin in the woods of Marmot, Ore., all buzzing with the urge to let our hair down and relax. 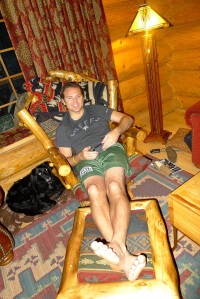 The cabin was perfect, with all the amenities you’d want: plenty of bedrooms, an open kitchen, a hot tub on the front porch, sauna, the Sandy River running by, and fire pit. We added an iPod speaker dock for old-school tunes (Notorious B.I.G., holla!), some playing cards, an Apples to Apples game, and plenty of groceries for home-cooked meals. And a rather large stock of local brews, wine and liquor. Friday night was a trip: We stayed up until the wee hours of the morning, swilled Hemingway Daquiris and Bulleit Bourbon, and sloshed around in the hot tub until we were pruney. It was so ridiculously fun.

Saturday was our day to ski and snowboard, but the weather rained on our parade. The mountain conditions were cruddy, so we spent the morning chilling before venturing out for lunch at the microbrewery-on-the-mountain Ice Axe Grill. Jessica, Sean, Stephen, Jeff and I drove up to the historic Timberline Lodge for a drink, while Todd and Erin split to get in a little mountain biking. All of us moved so slowly throughout the day as we shook off the effects of the night before, so we squeezed in some naps before round two on Saturday night. More cooking (chicken sliders and slaw salad from Jeff and me), laughing, drinking, cards and hot tub time…which produced a hot tub Harlem Shake video that will stay buried forever. 🙂

After breakfast on Sunday we bid adieu to our lovely weekend home, with half of the group (Jessica, Stephen, me and Cooper) heading back to Portland and the other half (Jeff, Sean, Erin and Todd) determined to put their snowboards and skis to good use. And even though our bowling season is over, Thunderballs team spirit lives on; tonight Jeff, Stephen and I head to Todd’s house for dinner with his Colorado-based girlfriend Leah.

Home sweet home for the weekend

The fire pit just outside, with the Sandy River right behind 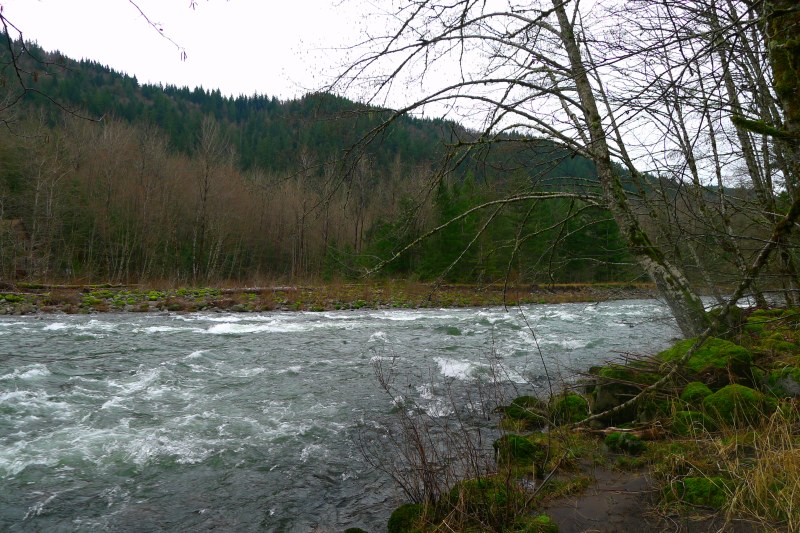 The Sandy River rushing by 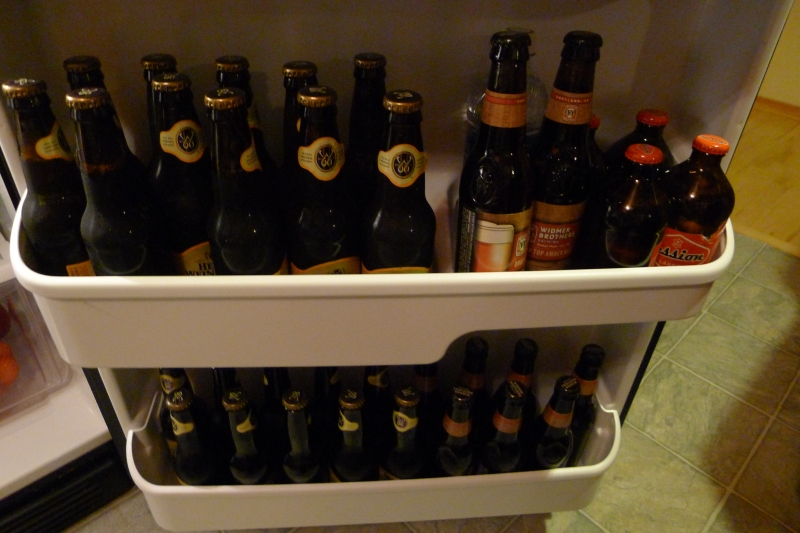 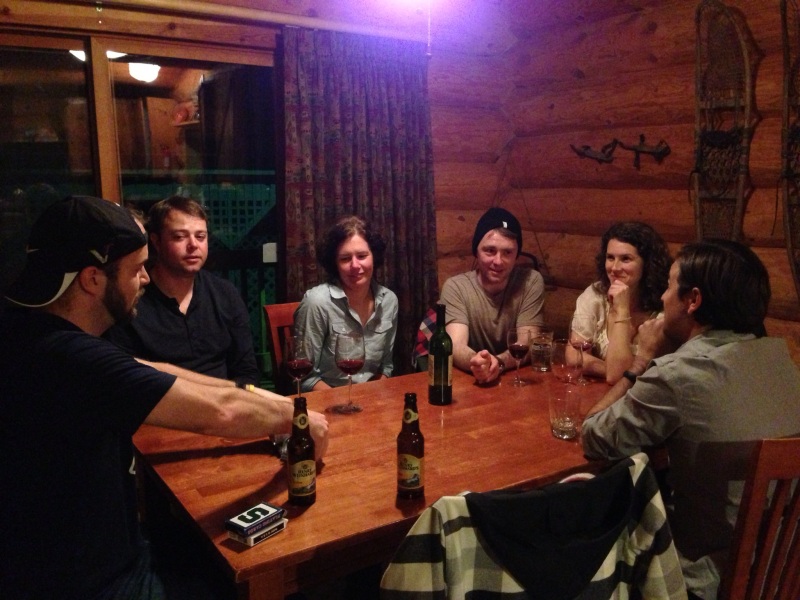 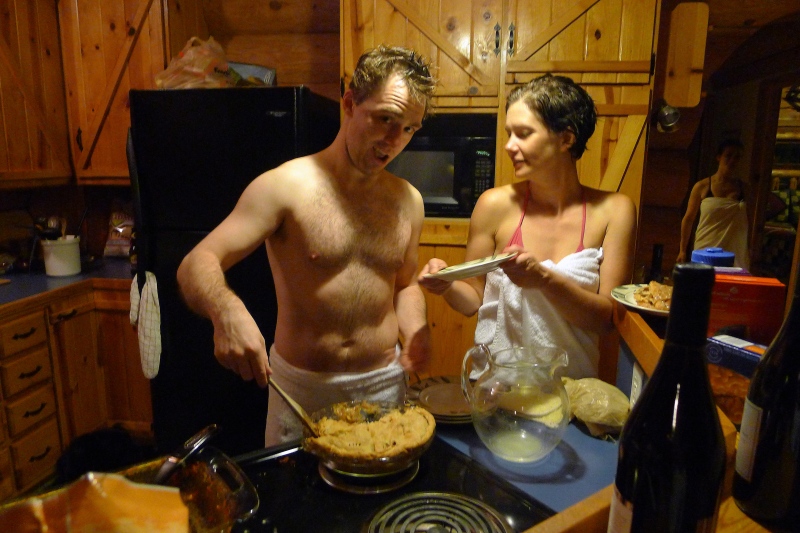 Sean doling out some of his homemade pie to Erin

Game of Apples to Apples in the living room

Snow piled against the window at Timberline Lodge

Stephen on breakfast duty on our last day

Jeff squeezing in some work

Cooper, me, Todd, Erin, Jeff, Stephen, Jessica and Sean – group photo before we closed the weekend

We’re getting some skiing in, dang it! Sean, Todd and Erin on Mt. Hood on Sunday