Happy 9th birthday to my pup Cooper! It’s been about six months since his cancer diagnosis and he’s still livin’ it up. Tomorrow marks his sixth palliative (aka just trying to keep him comfortable) chemo treatment with the doggy oncologist Dr. Cyman, who just so happens to be a Michigan State grad. The tumor in his pelvis area keeps growing, of course, which makes it tough for him to go to the bathroom, and he’s on a twice-a-day med cocktail of Rimadyl (anti-inflammatory), Tramadol (pain relief) and Metronidazole (antibiotic). But overall, he acts happy as a clam, and the only hint of his sickness is the tuft of goofy white hair growing where the doc shaved him for a biopsy months ago.

I’m trying not to fixate on the fact that it’s almost certainly his last birthday, so we had a lovely little evening walking to Hip Hound on 23rd Street to pick out a soft felt ball and big disgusting bone. Lindsay and Daniel stopped by to deliver gifts and Polaroids from a covert birthday photo shoot they staged while Jeff and I were at work. Coop tore into the wrapped gifts – because L&D know how he loves unwrapping gifts – to find a stuffed donkey and another meaty bone! What more could a 9-year-old dog want? 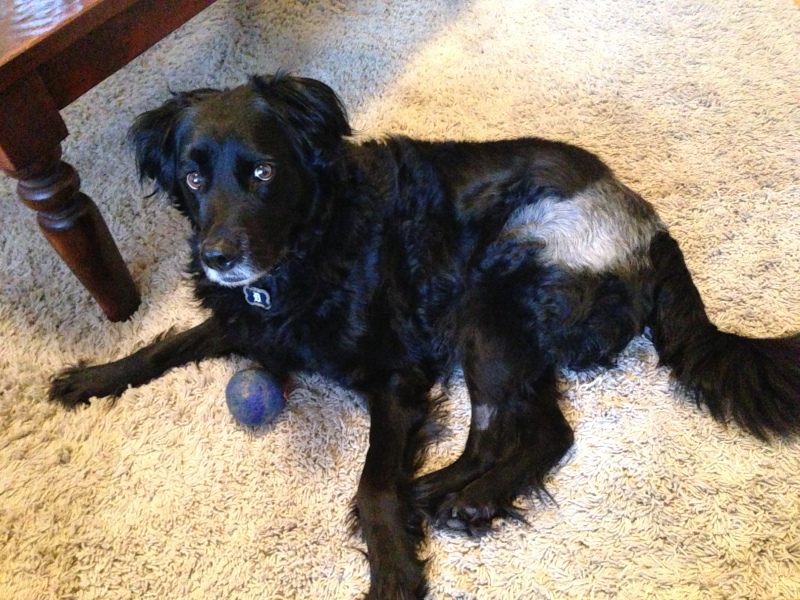 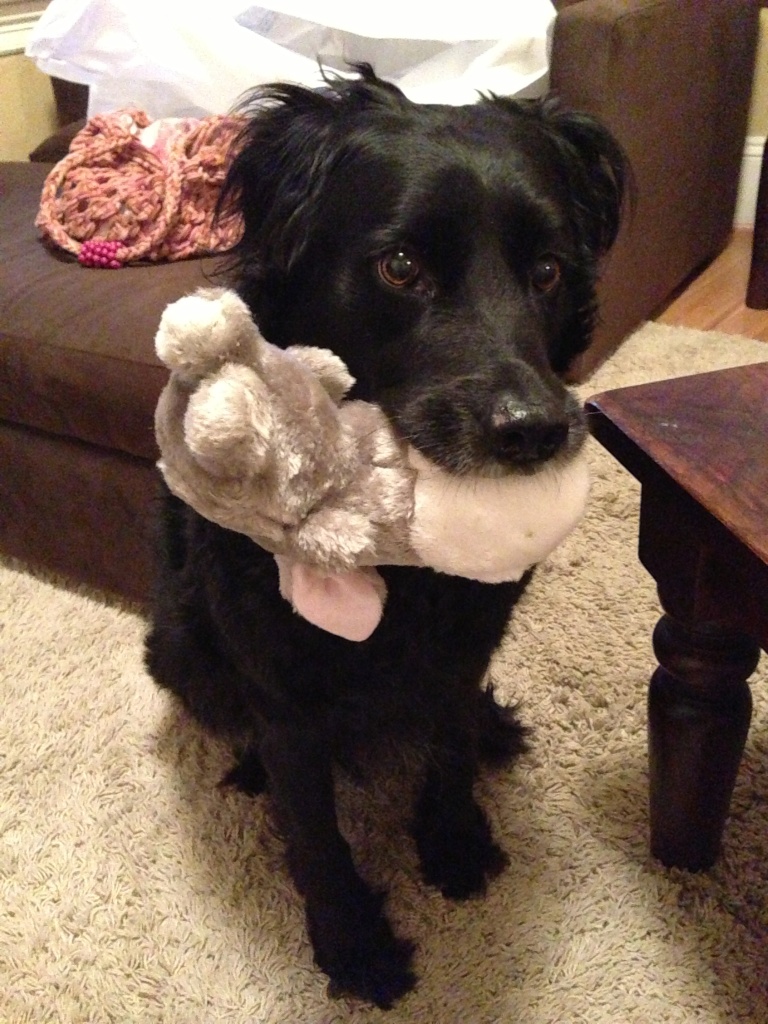 The new addition to the stuffed animal family: Donkey 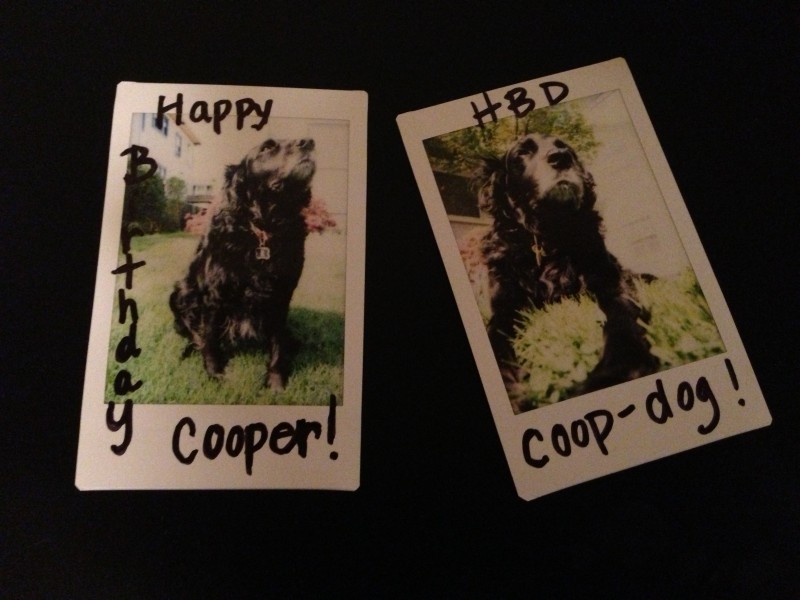