I love Las Vegas. My obsession began more than a decade ago when a crew of barely-21, small-town Michigan girls hopped a plane (which felt like a party itself) and lived it up on the Strip like we couldn’t have imagined. Now, my goal is to make it a yearly trip: a quick, weekend dose of gambling, glitzy shows, overindulging in fancy meals and cocktails, and soaking up the sun.

Our home for the weekend

Our excuse this time was an intimate Zac Brown Band concert at The Cosmopolitan hotel. Jeff’s friend and co-worker Peter – who’s engaged to my book club friend Alexis – is pals with the band, and he invited us to join the two of them at the show. (That makes Zac Brown Band concert No. 2 for us following the April 2012 one in Irvine.) I scored a ridiculous deal on a suite at the five-star hotel on Hotwire.com by matching location, amenities and star rating from the “Secret Hot Rate” hotels to that of The Cosmopolitan, and bam! With a bit of a gamble, I got one of the nicest hotel rooms I’ve ever stayed in for half the normal price.

Jeff and I arrived in Sin City Friday night after work, checked into our fancy digs, and hightailed it to the floor of restaurants in the hotel. We picked Scarpetta, a modern Italian restaurant captained by chef Scott Conant, a regular on the TV show “Chopped.” While we didn’t get the prime seats overlooking the Bellagio fountains, the food was ridic. After noshing on a bread basket to humble all other bread baskets, we dined on the sheep milk ricotta agnolotti with shaved summer truffles and parmesan foam; the prime filet of beef with largo potato puree, rainbow chart and barolo sauce; and the amedei chocolate cake with toasted almond gelato and salted caramel sauce. Heavenly.

Fat and happy, we walked around the hotel, gambled a bit, grabbed drinks at the jewel-encrusted, multi-level Chandelier bar, and grabbed a late-night slice of New York-style pie at the secret, no-named pizza place tucked down a record-covered hallway on the second floor.

Saturday morning: pool time. Jeff and I snagged some chairs at the Boulevard Pool before Alexis and Peter rolled into town and joined us. We also got word that Jeff’s family friend Todd, the young president of Wolff Shoe Co., was in town, so the five of us met poolside and enjoyed tropical drinks wading in the shallow water. The fun continued that night at the Zac Brown Band concert in one of the hotel’s sprawling ballrooms. The Southern rock/country band Blackberry Smoke opened the show, and Zac Brown Band rocked their best songs while sprinkling in classics like Dave Matthews Band’s “Ants Marching” and Metallica’s “Enter Sandman,” sung by my buddy John Driscoll Hopkins, who I talked to at length after last year’s concert in Cali. I ran into him in the elevator on the way down to the Vegas concert, slapped him on the arm with an enthusiastic hello, and was met by a confused stare. Whoops.

We finished the night with drinks at the Chandelier bar and delicious burgers and shakes at the nearby In-N-Out Burger. The next morning, after grabbing a buffet breakfast at Bellagio, it was back to the pool – this time, the Bamboo Pool at Cosmopolitan’s west tower. We followed the sounds of booming bass to the Marquee day club pool, the clubby adult pool complete with DJ, foam and fog shooters, and people who’ve probably been partying since the night before. It was kind of hilarious and kind of awesome. In true Vegas style, Jeff and I left for the airport straight from the party pool, both of us sun-kissed, buzzing from frozen margaritas, and grateful for the experience.

On second thought, forget my plan of a once-a-year Las Vegas trip – who wants to meet me back there soon? 🙂

Our amazing room at The Cosmopolitan

What a cool touch, crazy wallpaper inside the closet! 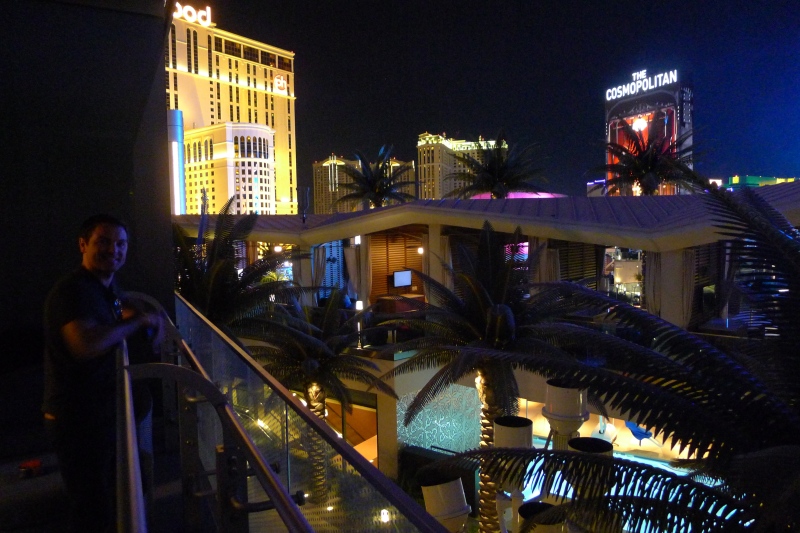 The view of the Boulevard Pool from our balcony 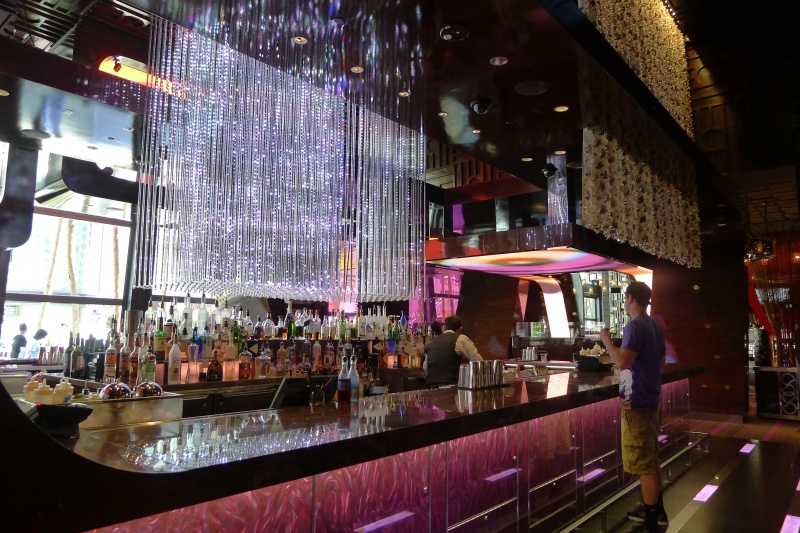 The glitzy lights and displays at Bond in The Cosmopolitan

Happy gambler (despite not winning anything)

A jazzy band playing at the Chandelier bar

Pure heaven. The Boulevard Pool at The Cosmopolitan 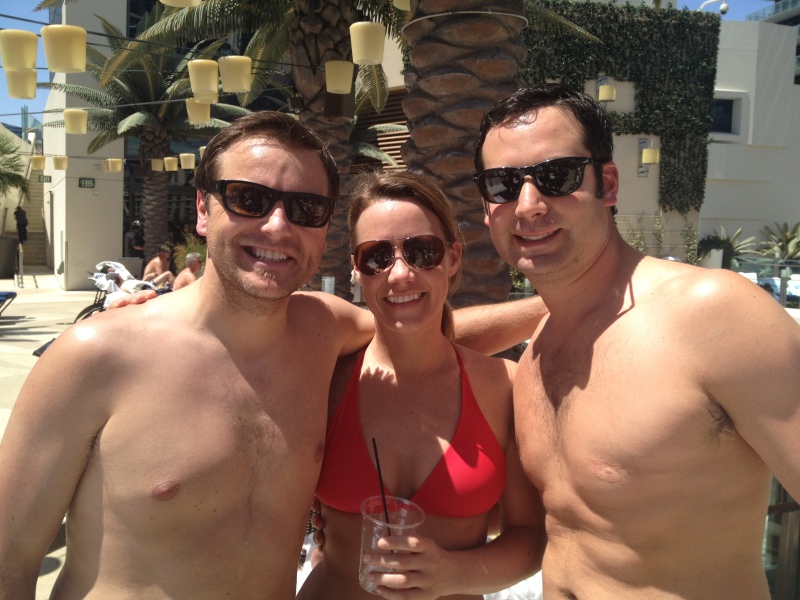 So crazy to run into Todd! 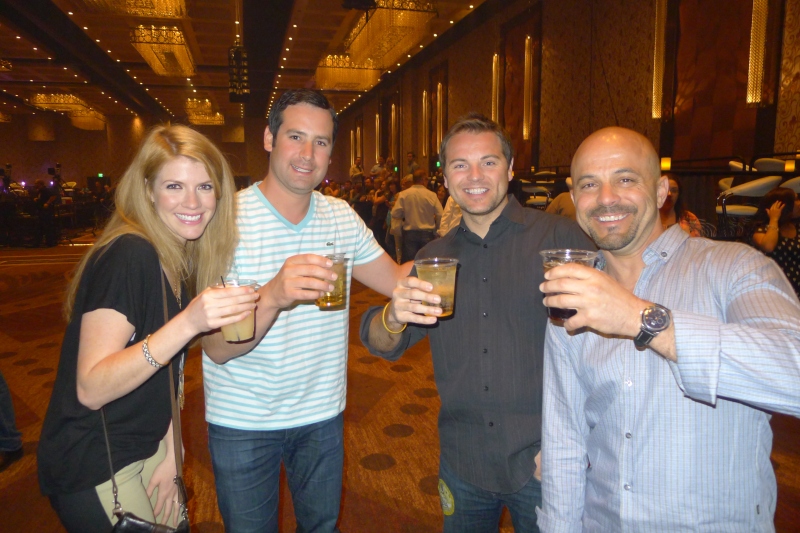 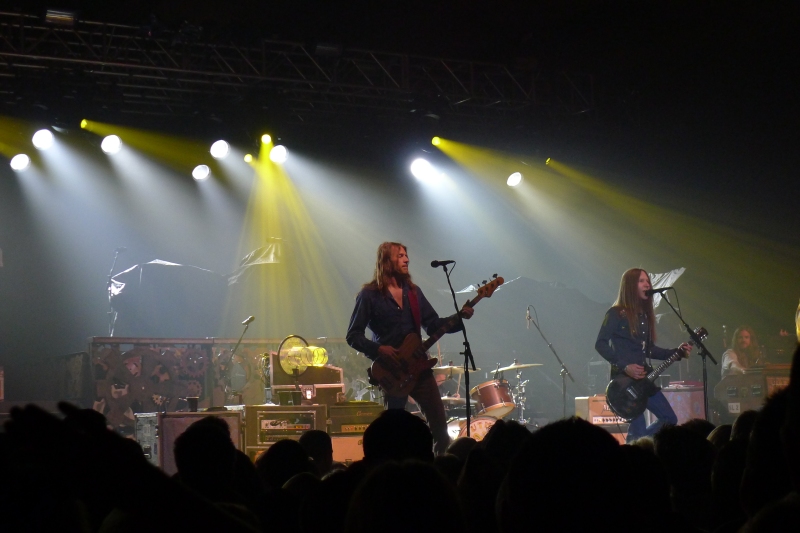 The happy couple Alexis and Peter 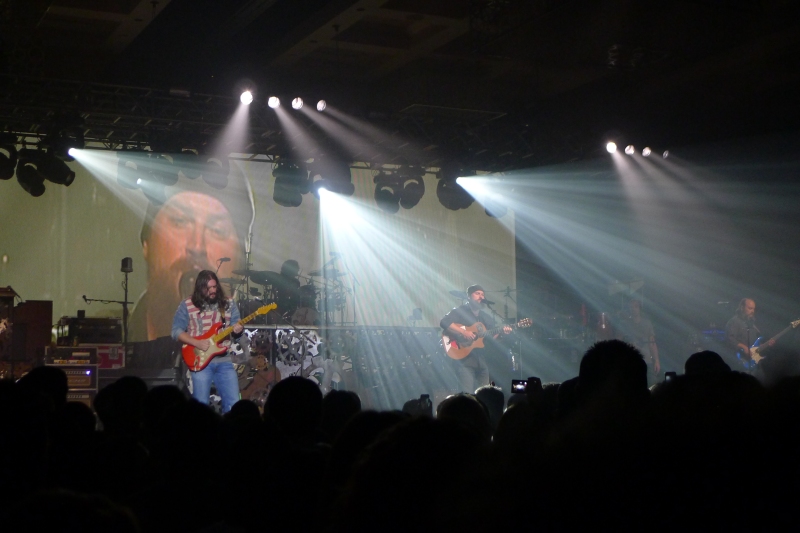 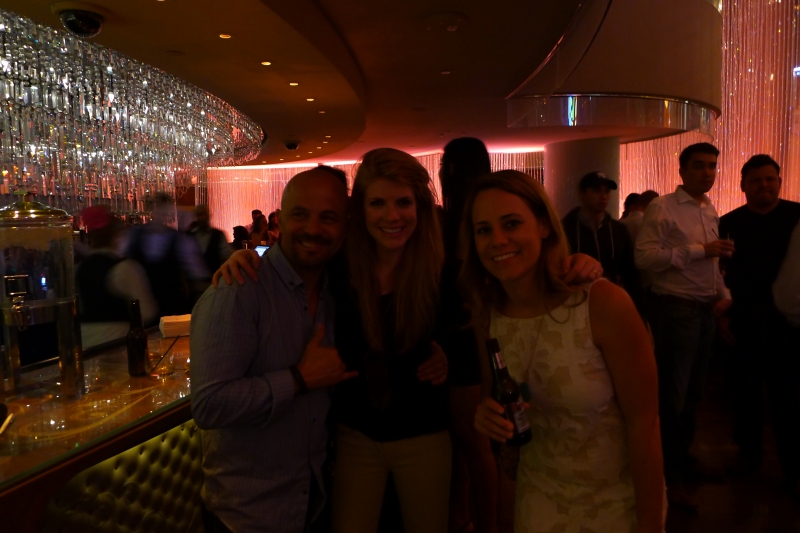 Post-concert drink at the gorgeous Chandelier bar in our hotel 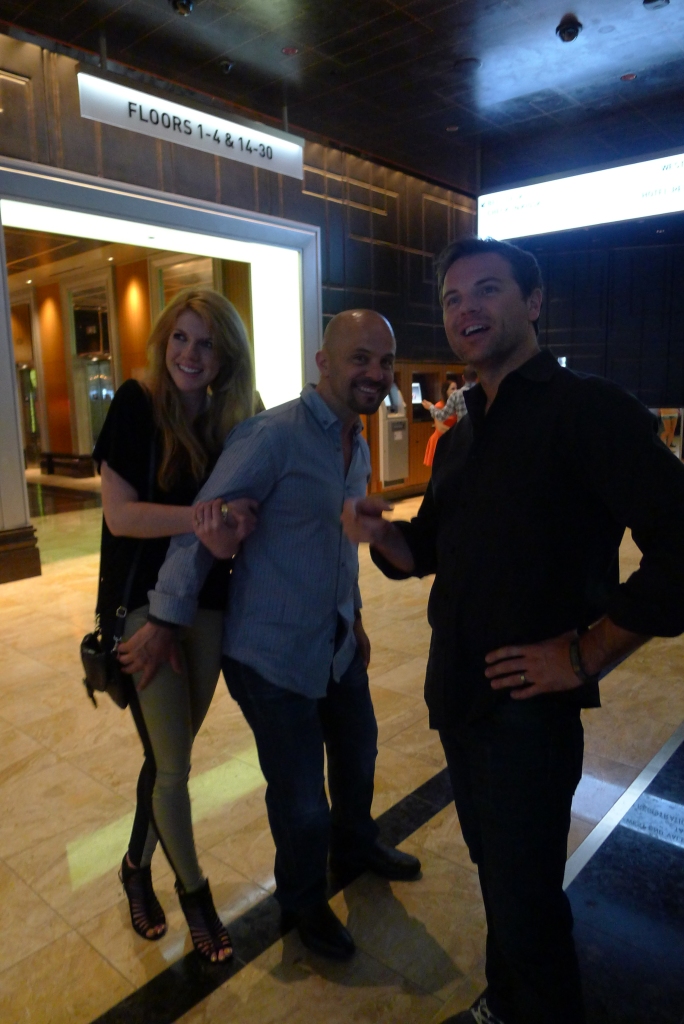 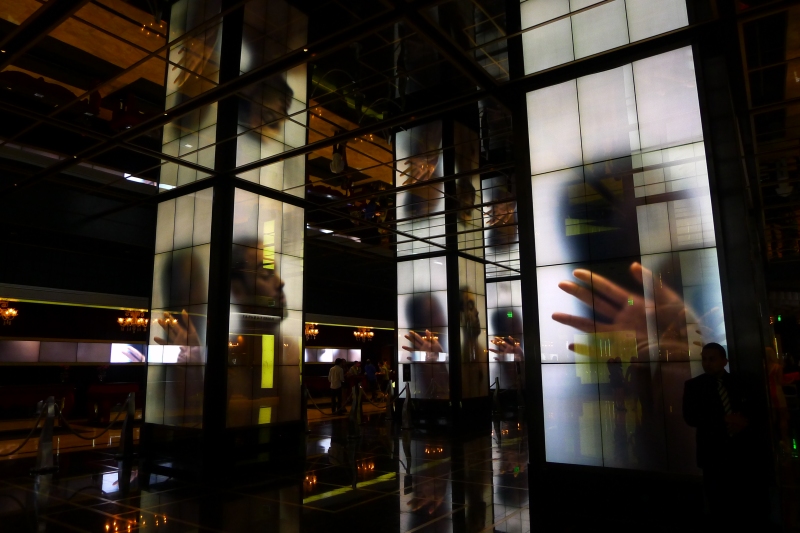 Deciding to head to In-N-Out Burger

A walk by our neighboring Bellagio fountain

Wandering through the botanical gardens at Bellagio

Alexis and Peter grabbing a drink at Marquee