Welcome to June, the best month of the year in my book. Summer creeps in, festivals start cropping up, there’s the longest, lightest day of the year and shortly before, my birthday. Bring it on, baby.

Jeff and I eased into the month with a bevy of awesomely random activities.

Trivia night at The Old Gold bar in North Portland – Our trivia-loving friends Felicia and Genaro (who is an actual Jeopardy champion!), Stephen and Jen, and Jeff and I tapped our collective brainpower for a little Monday night trivia at The Old Gold. The bar is pretty much perfect: tasty food, chill atmosphere, quirky details like a champagne button in the back booth, and a colossal chalkboard menu of whiskeys. 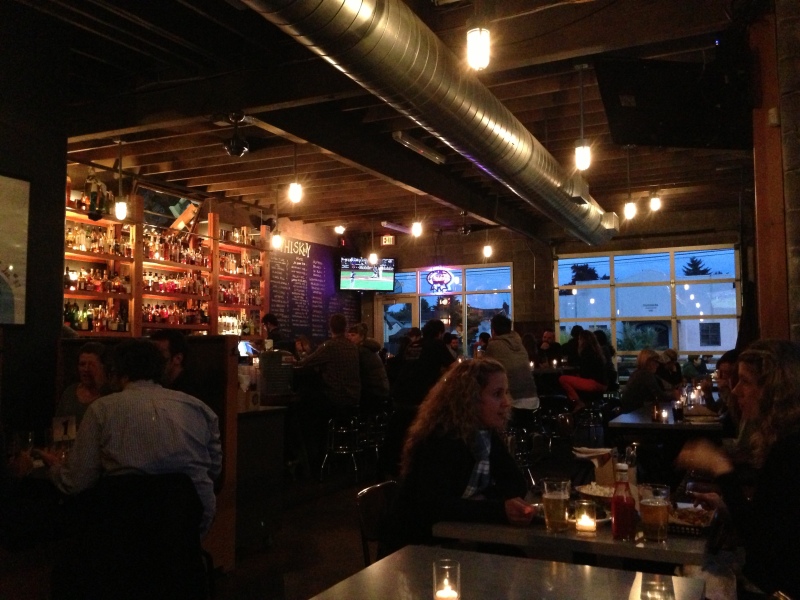 The scene on trivia night at The Old Gold 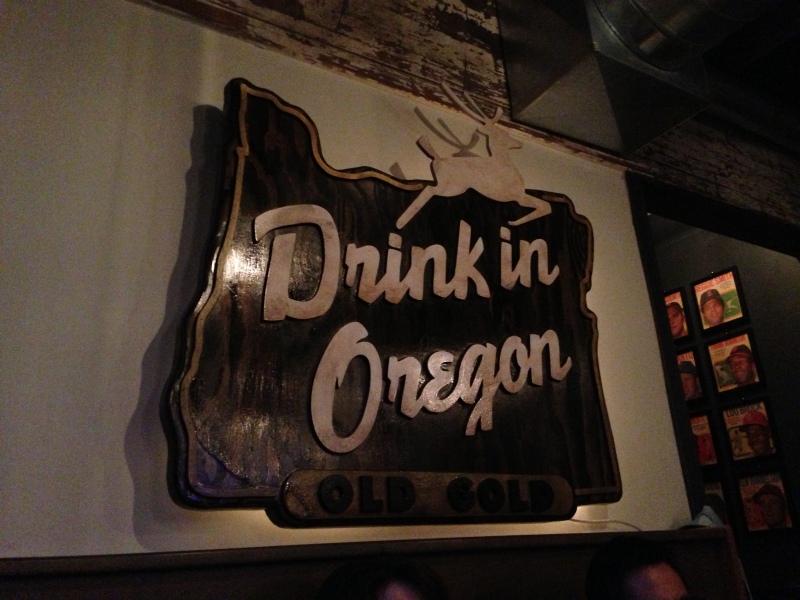 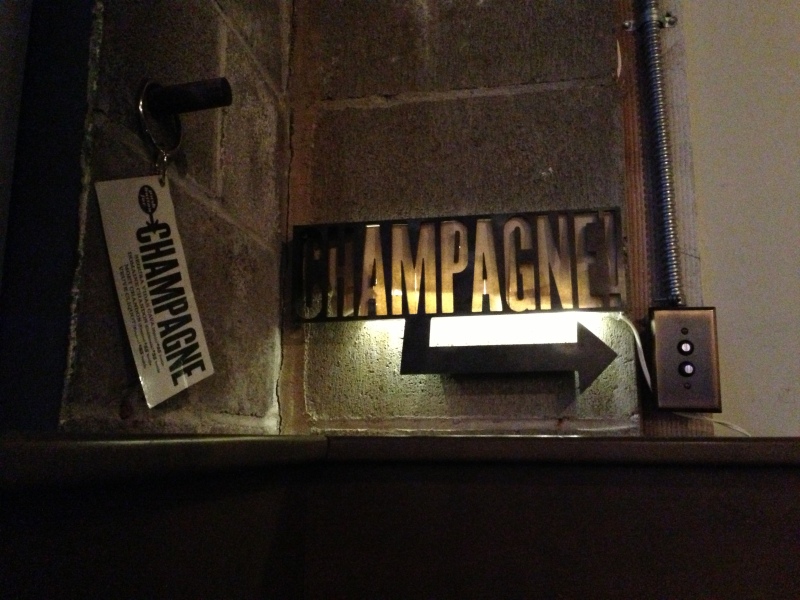 Need to celebrate? Bring on the bubbly with the champagne button.

We took second place! Our prize: Clyde the Glide figurine

Surprise free concert by The XX at Mississippi Studios – I love the local 94.7 FM alternative radio station – it might be my favorite ever with its non-annoying DJs and eclectic mix of music. As part of their text club, I get alerts for impromptu free concerts – for instance, Jack White playing a set at a local laundromat and more recently, English indie pop band The XX at local music venue Mississippi Studios. For once, the mini-concert happened at a time we could attend, so we jumped on it. I got the text about two hours before the show started, we rushed over and lined up an hour in advance before squeezing into the auditorium for a 30-minute show. And the band rocked.

The text alert for the secret show

The XX at Mississippi Studios

Intimate mini-concert by The XX

Kristen’s 29th birthday party – My friend, book club compadre and co-worker Kristen inched closer to 30 on May 31, and celebrated with a soiree at her adorable new house in the Alberta Arts district with her adorable boyfriend Jesse (who pretty much started dating at our Halloween party last year, how perfect!).

A Clemson football cake for the Clemson-crazy birthday girl 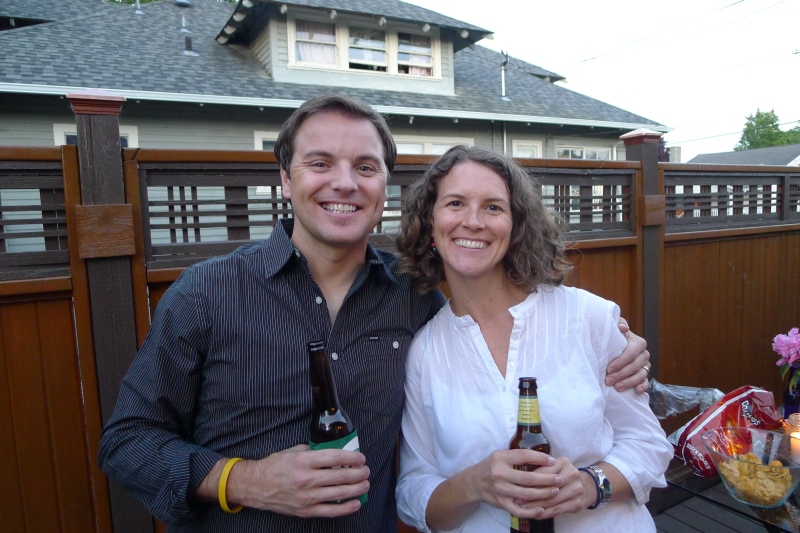 Jeff and Jessica cozying up

Prefontaine Classic at Hayward Field, University of Oregon – Jeff and I scored some free tickets to the annual Prefontaine Classic, named for deceased American long-distance runner Steve “Pre” Prefontaine, one of the most influential athletes in Nike’s early years. In Tracktown USA, aka Eugene, Ore., the event featured top international track and field athletes, including my faves Mo Farah and Galen Rupp who I watched take gold and silver in the 10,000m at the London Olympics.

The iconic Hayward Field at University of Oregon

Beautiful day for a track meet

The men circle the track during the 5,000m race

Believe in the power of the run.

Donut heaven at Blue Star Donuts – Just look at these photos. Drool. Portlanders (and tourists) love their donuts, and Blue Star is the newest buzzy donut shop in town. Their pricey, carefully-crafted, pillowy rings of dough range in flavors from blueberry bourbon basil to chocolate almond ganache. We snagged three – all delish. 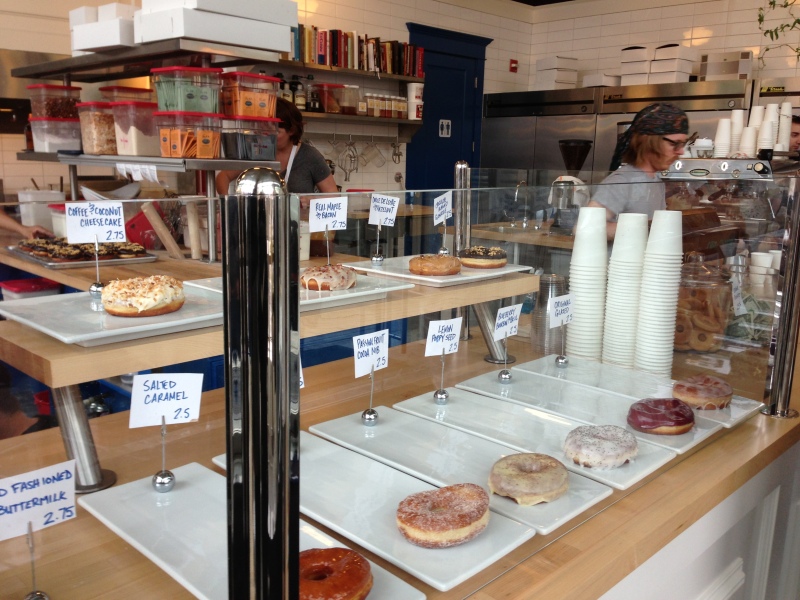 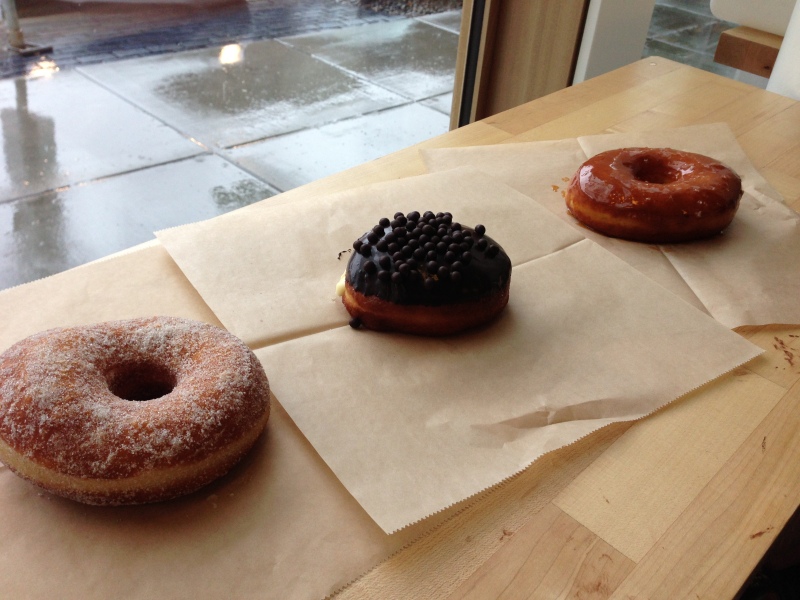 My first Portland Thorns soccer game – A new team hit soccer-happy Portland this year. The Portland Thorns, led by U.S. Women’s National Team member and kickass Nike athlete Alex Morgan, already lead the National Women’s Soccer League in attendance, blowing away the next closest competitor by three times in average attendees per game. The team plays at JELD-WEN Field, home of the Portland Timbers. My Nike friend Kristen B. invited me to my first Thorns game (her third), so we spent the beautiful 75-degree evening cheering the girls on to a 4-3 victory over the Kansas City Blues.

The Thorns score! Checking out the game from the SD1 section.

And as Jeff and I strolled home tonight from dinner and a beer at Rams Head on 23rd Street, we came across quite the street performer! I swear, I could have a blog devoted to just the off-the-wall stuff we see here.