My four-day Fourth of July weekend was unlike what most people would expect. Yes, we worked in the requisite barbecue and backyard fireworks with friends on the holiday, but then we faced three work-free, 85-degree days of leisure. Instead of escaping to Crater Lake National Park or Vancouver, British Columbia, two destinations that top our must-see list, Jeff and I stuck around PDX and attended a conference. Indoors. Focused on world domination.

Taking a break from the festivities

Um yeah, I can take credit for that ticket-buying decision made in October 2012. The World Domination Summit, in its third year, is hosted by Chris Guillebeau, New York Times bestselling author and a Portland-based, travel-addicted blogger who visited every country in the world over an 11-year period. I read his blog regularly and I thoroughly enjoyed his books, The Art of Non-Conformity and The $100 Startup. When the opportunity came up to attend his two-day gathering of TED-talk style presentations and workshops from authors, photographers, journalists and all-around fun people, I bit.

The party started Friday night, with the nearly 3,000 attendees from 30+ countries converging at the Oregon Zoo. Jeff and I wandered the grounds before Chris’ quick opening address that introduced the entertainment for the night, a ridiculously fun marching band called March Fourth. I spied a familiar face in the rowdy crew, a grease-moustached man on stilts who posed for me at a recent Nike employee carnival. (Is it strange to see grease-moustached men on stilts on a regular basis? Hmm.)

The following day the presentations began at the historic Arlene Schnitzer Concert Hall, and guess what? The event was fab. Even Jeff agreed. We learned a lot, laughed a lot, felt awkward once in a while, and met some super friendly (and often slightly strange) people.

Here is a glimpse of the parts that especially struck a chord with me:

There were plenty of other excellent presenters, such as Bob’s Red Mill founder Bob Moore, photographer Chase Jarvis, and rejection-seeker Jia Jiang. Overall, Jeff and I had a swell time soaking up a little personal development over the weekend. World domination might be a stretch for us, but it’s at least we can dominate our own little worlds. 🙂

People galore! Picking up our welcome packets and swag at Director Park downtown 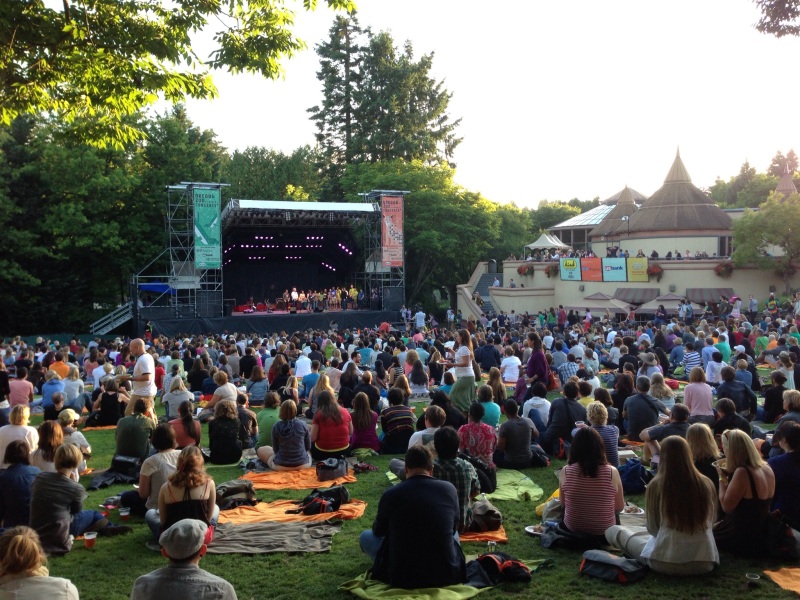 The welcome party at the Oregon Zoo outdoor concert space

There’s Jeff and me on the staircase on the bottom right! (Photo by Armosa Studios)

Chris Guillebeau gets the party started (photo by Armosa Studios)

The values of World Domination: community, adventure and service 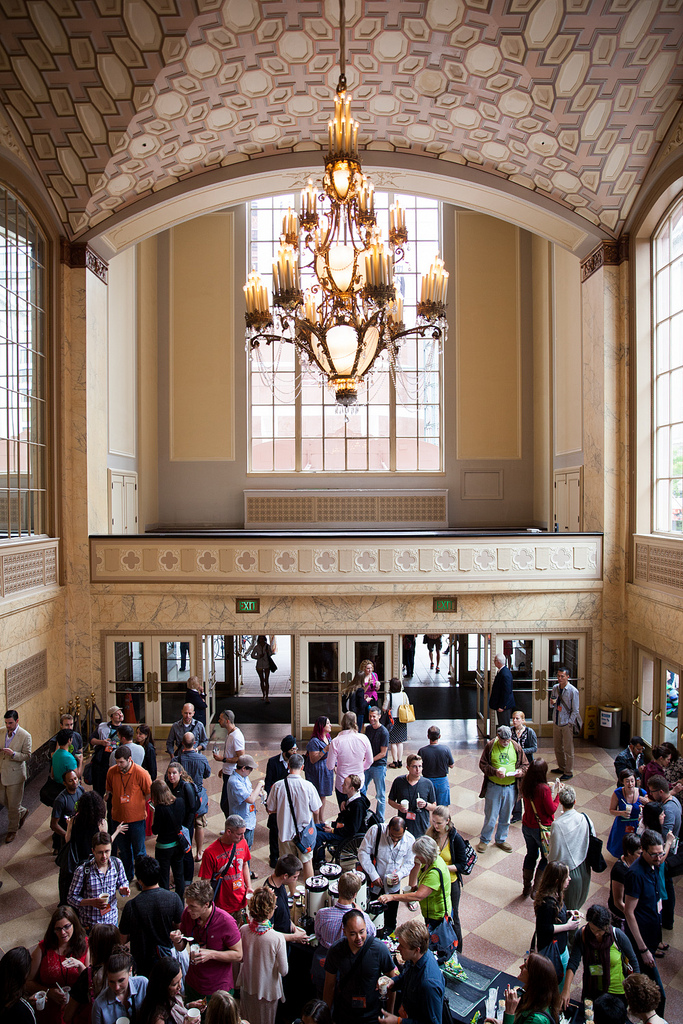 Beautiful setting in the Schnitz (photo by Armosa Studios)