Jeff and Joey “Peoples” met more than two and a half decades ago in their kindergarten class in Brighton, Michigan. Today, the two remain best buds – both West Coasters now, too – and Joey ranks high on my list of favorite people in the world, fo’ sure.

Joey hopped a quick flight from Cali to PDX on Friday, July 19, and the three of us kicked off his second visit to Portland (his first trip was epic!) with our own little downtown bar crawl. We started at 2:30 p.m. at Clyde Common, a national media darling and local happy hour mainstay with its fantastically boozy, ever-changing daily punch. Next came Moonshine Kitchen and Lounge (its official, very strange name: Balls the Cat’s Moonshine Kitchen & Lounge), a “locals only”-vibed place that serves some of the cheapest drinks in the Northwest neighborhood, and then Low Brow Lounge, even more of a hole-in-the-wall with equally affordable drinks.

Then, a total gem. We stumbled across Grassa, an amazing order-at-the-counter-then-take-a-seat joint with an awesome menu of homemade pasta. The three of us sidled up to bar facing the kitchen and chatted throughout our (delicious) meal with the guy churning out long, luscious strands of spaghetti. Even better, the dude was a Midwesterner; he ripped open his chef’s jacket to reveal a University of Wisconsin tee underneath.

Fat, happy and buzzy, we didn’t just head home after 6+ hours on the town – oh no, we were lured by the siren song of a nearby dance party. Sweaty, old-school music dancing. Just the three of us. McMenamins’ Crystal Ballroom hosts ’80s Video Dance Attack nights in their sprawling music venue every Friday night, and Joey, Jeff and I eagerly partook in the fun by jamming (and embarrassingly, some jogging) around the famous “floating” dance floor as music videos from Michael Jackson, Wham! and Madonna played late into the night. It was a blast – plus I racked up some mega NikeFuel for the day.

Saturday morning, we eased into the day with a meaty brunch and Bloody Marys at Podnah’s Pit, Portland’s top barbecue joint, followed by a hardcore espresso at Barista, ranked one of America’s best coffee shops. Nothing but the best for Joey! 🙂 Next on the agenda: the Portland International Beerfest in the Pearl District’s grassy North Park Blocks. We met my friend Jessica at the fest, where we sampled several of the 150 international and local brews before walking a couple blocks to Ground Kontrol, basically a grownup’s version of Chuck E. Cheese. Our friends Felicia and Genaro joined us at the flashy arcade bar, which boasts more than 90 games from the past 40 years – Pac-man, TRON, Super Mario Brothers and much more – and dozens of pinball games. Jeff, Joey and I closed the night with a few delicious oven-charred pizzas (Joey proclaimed the Spicy Salami the best pizza he’s ever eaten) at Oven & Shaker, which has quickly climbed our list of go-to neighborhood restaurants.

After a quick 48 hours, Joey was gone again, and we were thankful for the visit but bummed we don’t get to see peeps like that more often. Any other friends or family want to come hang out? 🙂 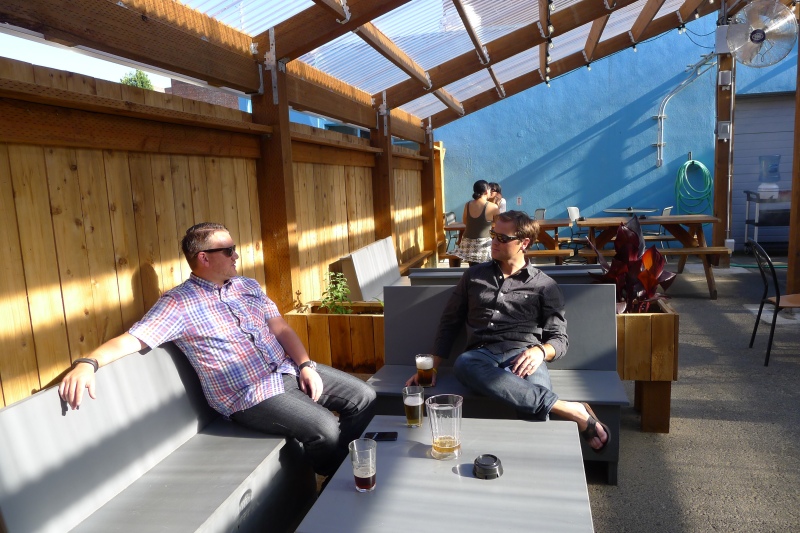 Basking in the heat of the Moonshine Lounge patio

Our buddy from Wisconsin at Grassa restaurant 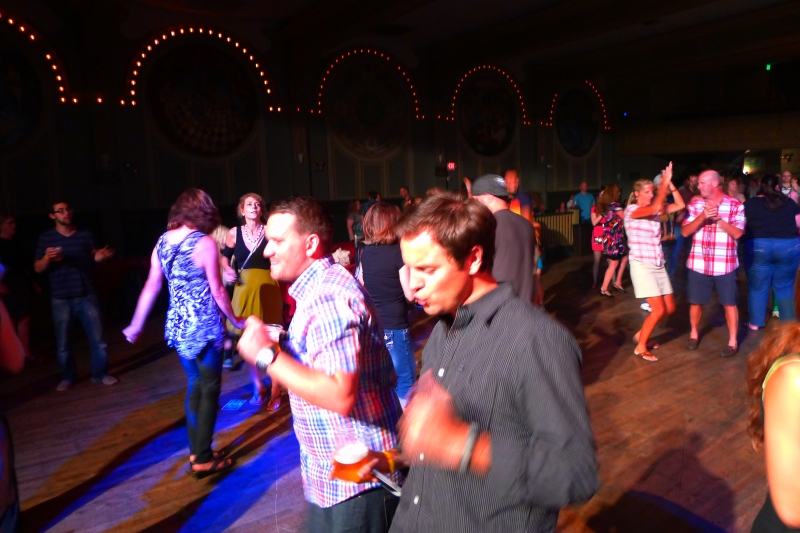 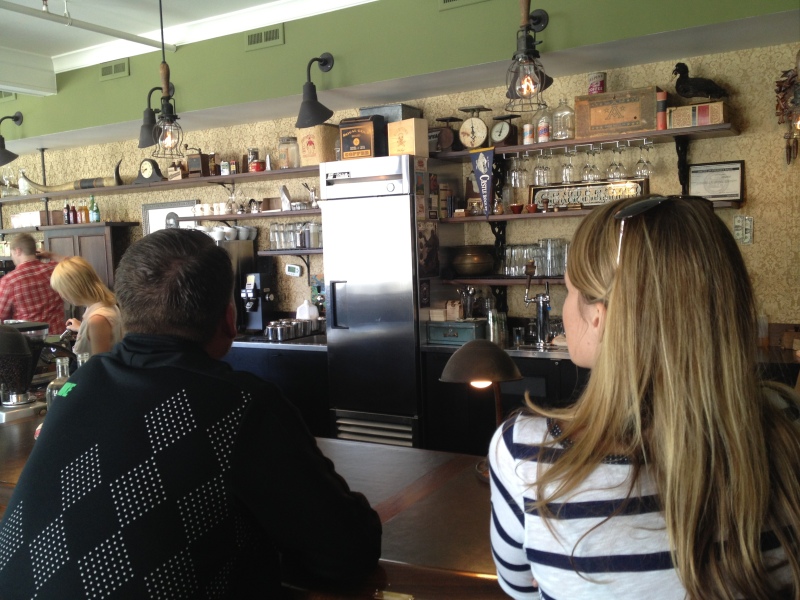 Joey and me patiently awaiting our espressos at Barista 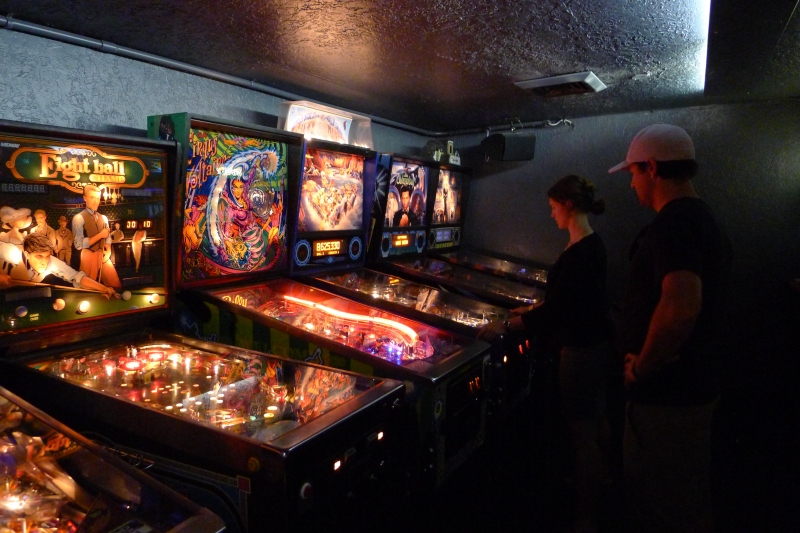 Jeff and Jessica checking out some pinball

Great seeing our buddy! (And yes, Jeff purposely lined up the shot like that…)