Where in the world has the summer gone? Seriously, it’s almost September? The thought makes my chest clench up a smidge – it’s scary how quickly the time sails by. Jeff and I realized we need to get outta town and do something cool. What’s cooler than spending an impromptu weekend at the Pacific Ocean shore? (And I mean that literally: The temps at the coast are frequently in the 50s and 60s. Brr!)

One other factor in the mix of my anxiety around time is Cooper. More than 10 months ago, our vet delivered the heart-wrenching diagnosis of cancer for Coop, and she and the oncologist tossed around scary numbers for life spans, none of which topped 12 months. After plenty of tough discussions about limits and money and scenarios, Jeff and I decided to do what we needed to keep our little buddy around, even though it wasn’t going to be cheap. If we can afford to eat out and take trips and silly things like that, we said we should invest in whatever the oncologist recommended…which led to radiation, monthly chemotherapy treatments, handfuls of meds and grain-free chow. The latest development: a switch from monthly chemo at Dr. Cyman’s office to a daily cyclophosphamide pill (in addition to his regulars Rimadyl, Tramadol and metronidazole), which is basically a constant, low-dose of chemo. So far, so good! He’s still happy Cooper, made crystal clear by his joyous dashes into the ocean this weekend.

Apparently everyone in the world shared the itch to hit the Oregon Coast because there wasn’t a hotel room or dog-friendly rental property to be found. Nonetheless, yesterday morning we packed a bag, loaded Coop in the back of the Jeep and drove the hour and a half to Tillamook, the cheese capital of Oregon. We battled the crowds of Cub Scouts and families at the Tillamook cheese factory for some free samples and some delish snacks for the road.

Then it was off to Pacific City, a small community of a little more than 1,000 residents in a four-square-mile plot of land. We drove our car past the Pelican Pub and Brewery onto the misty public beach on Nestucca Bay, where Cooper bolted into the frigid ocean as soon as he hit the sand. He galloped through the waves as kids played nearby and surfers (in full-body wetsuits of course) skimmed across swells.

Jeff peering down from Cape Kiwanda

Jeff and I gave Coop a breather while we grabbed a MacPelican’s Scottish Style Ale, Surfer’s Summer Ale and lunch at the Pelican before walking back out to the beach for round two. Amazingly, the mist had cleared in the meantime, revealing the ridiculous Cape Kiwanda sand dune and a Haystock Rock-like formation jutting out of the ocean. Beautiful! It was so crazy we couldn’t see any of it earlier! We scaled part of the sand dune, peeked at the pools of swirling waters below, and totally fell in love with that beach – it might be our new fave on the Oregon Coast. It probably helped that Cooper wore his big doggie grin pretty much the whole time we were there.

More sandy fun followed at the nearby Lincoln City public beach. And we hunted down a last-minute hotel room! Hooray! We checked into our ocean-view spot at Surftides before the Chinook Winds Casino lured us into its den of slots. (Man, am I ever a sucker for casinos.) We lost. Surprising. Even worse, on our drive home this morning Spirit Mountain Casino sucked us in, and it was lose-a-palooza once more. Agh! At least we snagged an amazing breakfast (I recommend the crunchy almond french toast) at Nelscott Cafe in Lincoln City before we drove home through wine country.

On the way home, Jeff and I marveled at how long the weekend felt, even through we barely spent 24 hours at the coast. Apparently weekend road trips are the way to make time slow down. Well then, we need to keep them coming, right?

An excited dog who got a whiff of ocean water outside

Jeff and Cooper playing in the misty surf 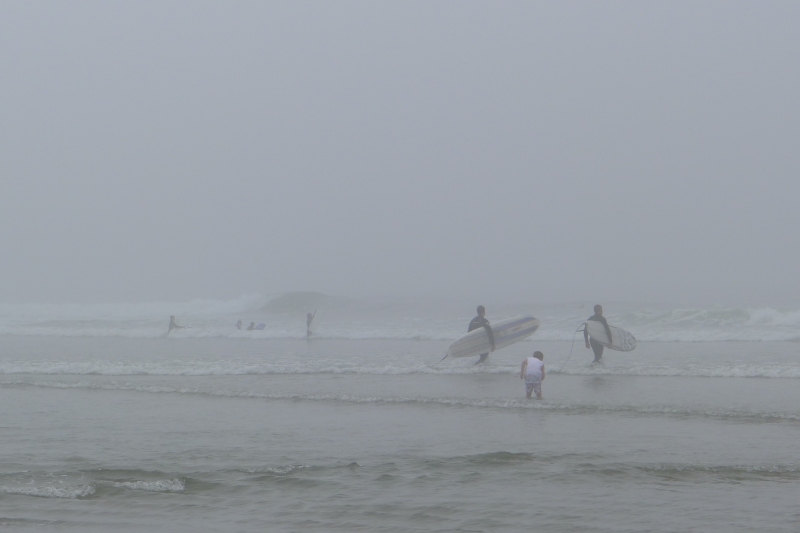 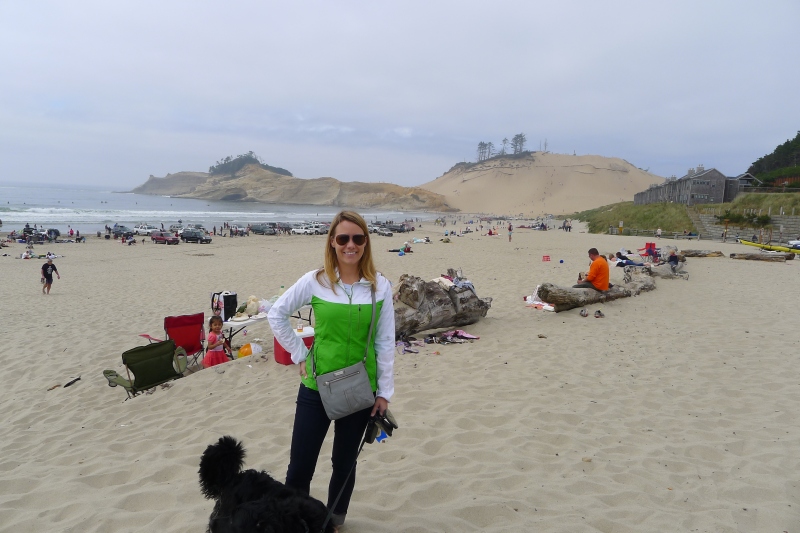 The fog cleared, and look what showed up!

Hiking up to the dune

Jeff and Coop on the dune

Looking down from Cape Kiwanda

The other side of Cape Kiwanda 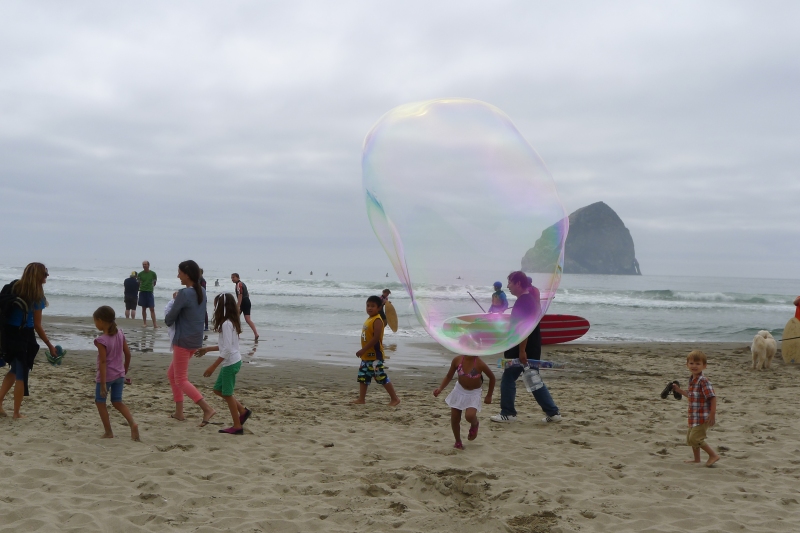 Some mega bubbles on the beach 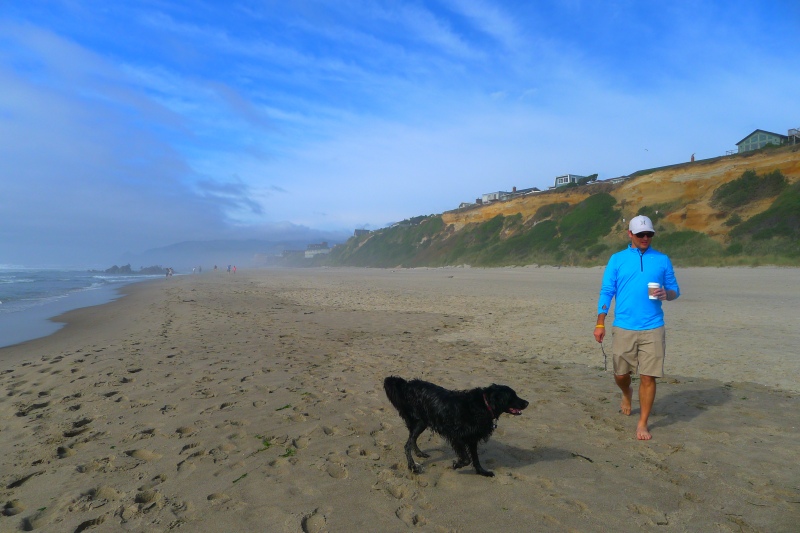 More swim time on the Lincoln City beach outside our hotel 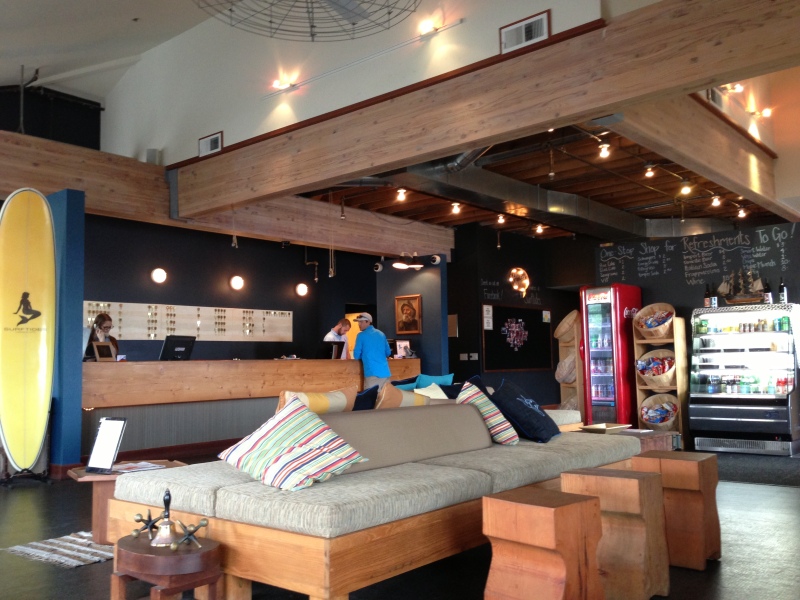 Super cute lobby at Surftides (the rooms were pretty basic though) 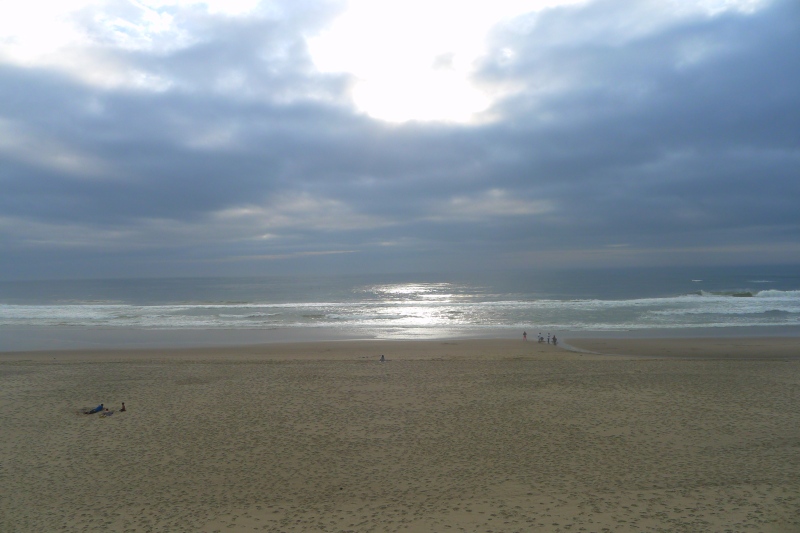 The view from our balcony at Surftides hotel on Saturday evening 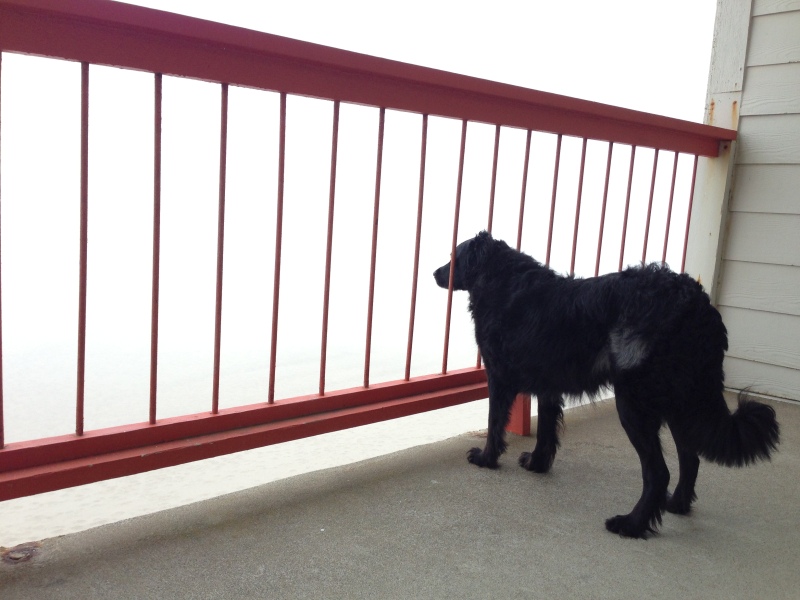 How cute is this little restaurant in Lincoln City? 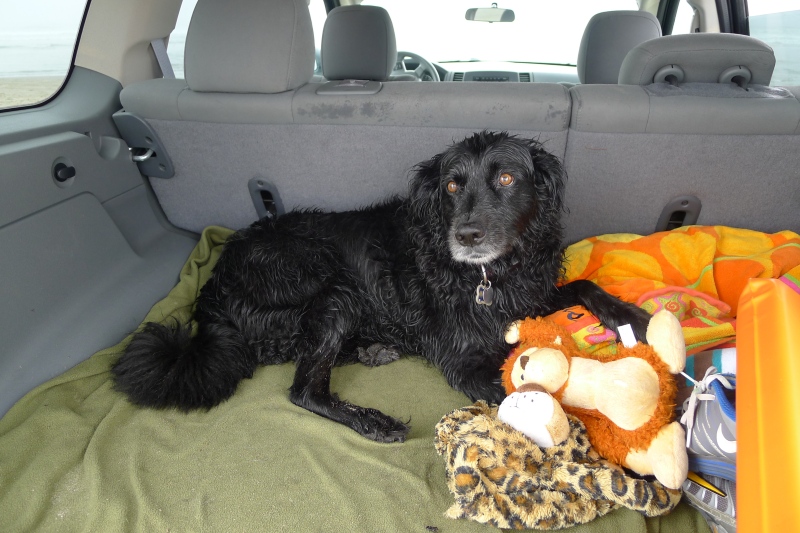 A soaked but happy pup