Jeff and I have strung together an interesting run of Thanksgivings since we’ve lived on the West Coast. 2011: Cabo San Lucas. 2012: Fountain Hills, Ariz. This year, we headed south again, this time for Auburn, Calif., to visit our friends, the Tillmans. 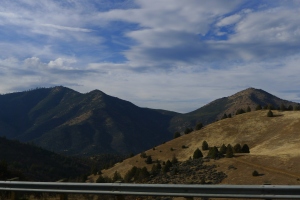 Just one piece of the scenery whizzing by

Surprisingly, the nine-hour drive down I-5 flew by. Jeff, Cooper and I left Portland at sunrise last Wednesday, and watched as the terrain morphed from woodsy to mountainous to farmland to high desert. We paid a quick (and delish) lunchtime stop at Agave Tacos in Ashland, Ore., and before long we were gazing out our windows at the breathtaking 14,179-foot Mount Shasta. It beats out our beloved Mount Hood by nearly 3,000 feet, making it the second highest peak in the Cascades behind the 14,411 feet of Mount Rainier. I wonder if people like us, raised in the pancake-flat lands of Michigan, get more starry-eyed over mountains than Pacific Northwesterners who grew up with everyday views of snow-capped peaks. All I know is Jeff and I swoon over mountain views like lovestruck teenagers.

Lizzy, Jason, their ridiculously adorable 6-month-old Zach, and Champ the female (and not a big fan of Cooper) bulldog live in a beautiful barn-turned-rental home in Auburn, 35 miles northeast of Sacramento. Lizzy and Jason might be the only couple in our circle of friends who has moved for work more than us. We last saw them in Orange, Calif., and their next stop is Columbus, Ohio, early next year. We were so thankful to catch them – and meet Zach – before they head back to the Midwest. 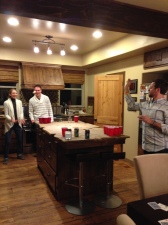 After my turkey day morning run with a friendly buck and doe (and a quick, frantic Googling of “do deer ever attack humans”), we feasted on a big meal courtesy of Lizzy. The relaxed, happy vibe set the standard for the rest of our three-day visit. We lounged around the house; got a ton of baby time with Zach, the sweetest little guy we’ve ever met; celebrated the Detroit Lions’ first Thanksgiving win in 10 years; played bags, euchre, Rummikub and an amazing game of Taboo with a charades twist; and drank white russians and Miller Lites as we played makeshift beer pong on their kitchen island. (Amazingly, their Orange house had a similarly-shaped island that invited beer pong. Maybe it’s become a requisite for their new homes?)

The five of us hit the road on Friday, destination: Lake Tahoe. A mere hour and a half from Auburn, Tahoe is one of the country’s most popular tourist destinations. The Sierra Nevada mountains surround the crystal blue lake, which stretches 1,645 deep – the second deepest lake in the U.S. behind Oregon’s Crater Lake (also on our to-do list). Yet our first stop wasn’t the lake – it was Squaw Valley Ski Resort and Village, host of the 1960 Winter Olympics. Coffee and chai teas in hand, we soaked up the sun and mild temps around the fire pit. We scratched our plans to take the aerial tram when we saw the $32 per person price tag, and headed to Tahoe Mountain Brewing Co. for a pint and a bite. After lunch we meandered down to the lakeshore for a walk.

The next day, the three Michigan State grads and I cheered the football team to a win over Minnesota. We grabbed a tasty brunch at Awful Annie’s – including Bloody Marys with candied bacon, heavenly! – and started our long drive back to PDX. We split up our trip with a night in Canyonville, Ore., at a $60-a-night, dog-friendly motel next to the Seven Feathers Casino Resort. (No big wins, but we came out even after a few hours.)

A big thanks to the Tillmans for spending the holiday with us. 🙂 I’m excited for more friends and family time (including meeting our new nephew, Ben) later this month! 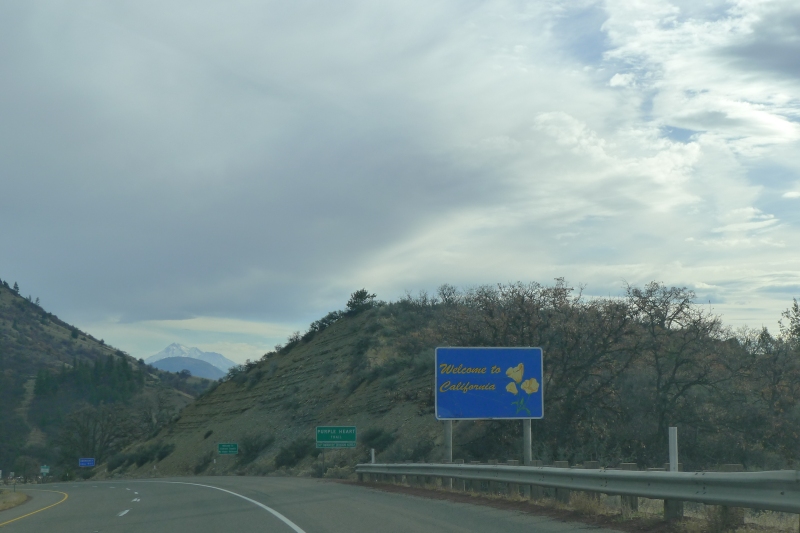 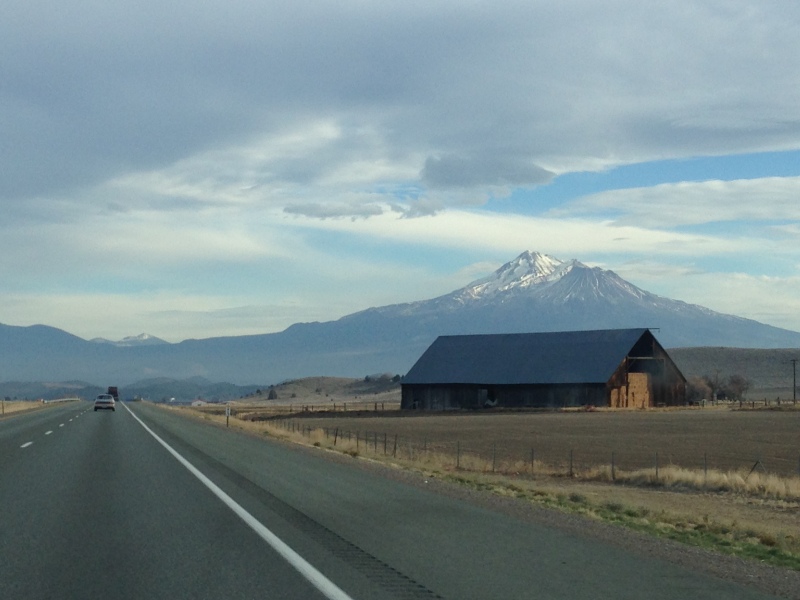 Mount Shasta jutting out of the landscape 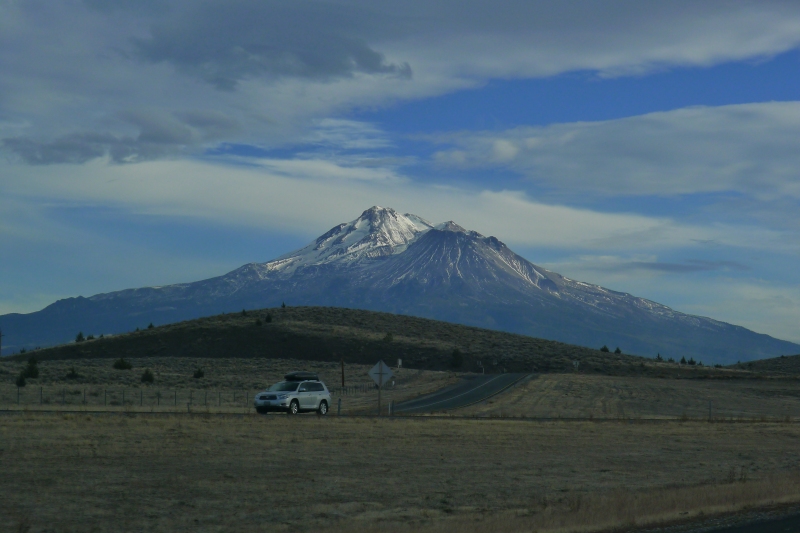 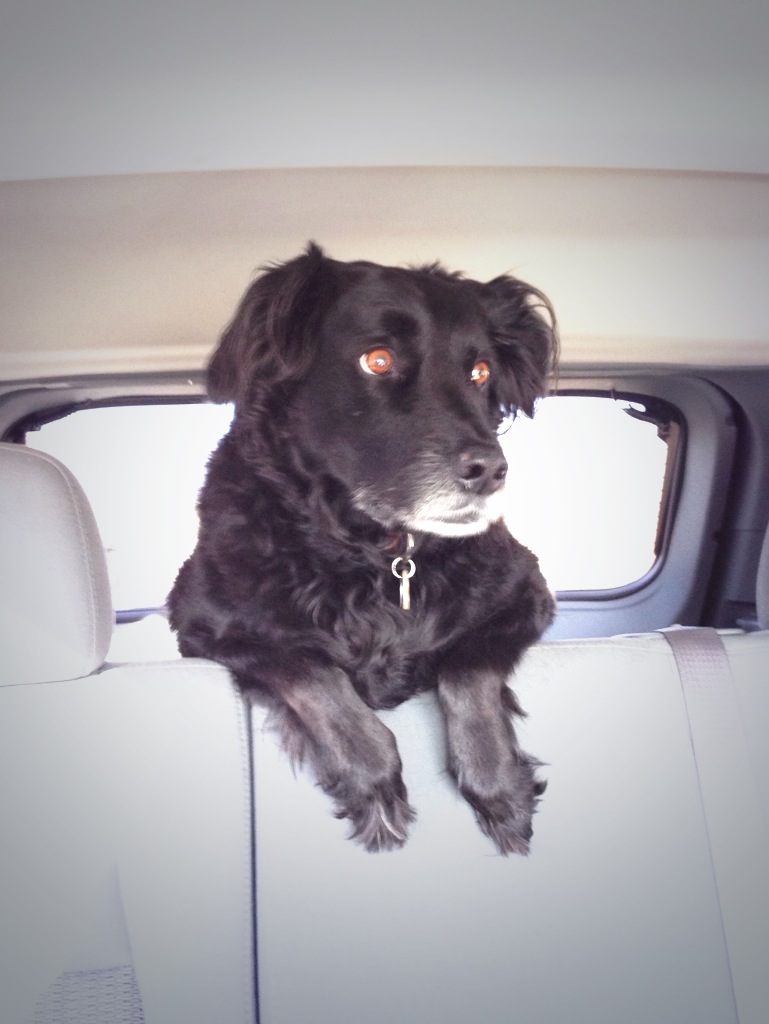 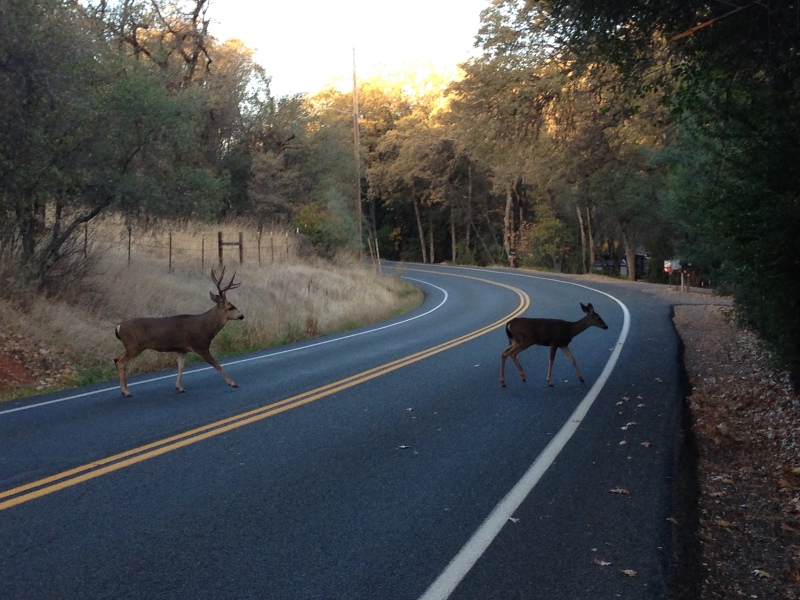 My morning run club on Thanksgiving 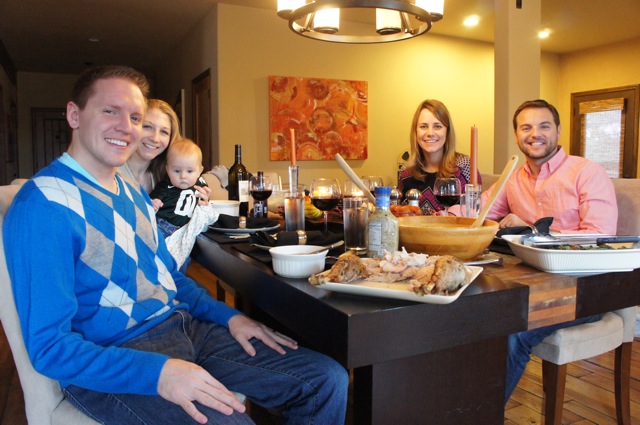 Look at this spread! 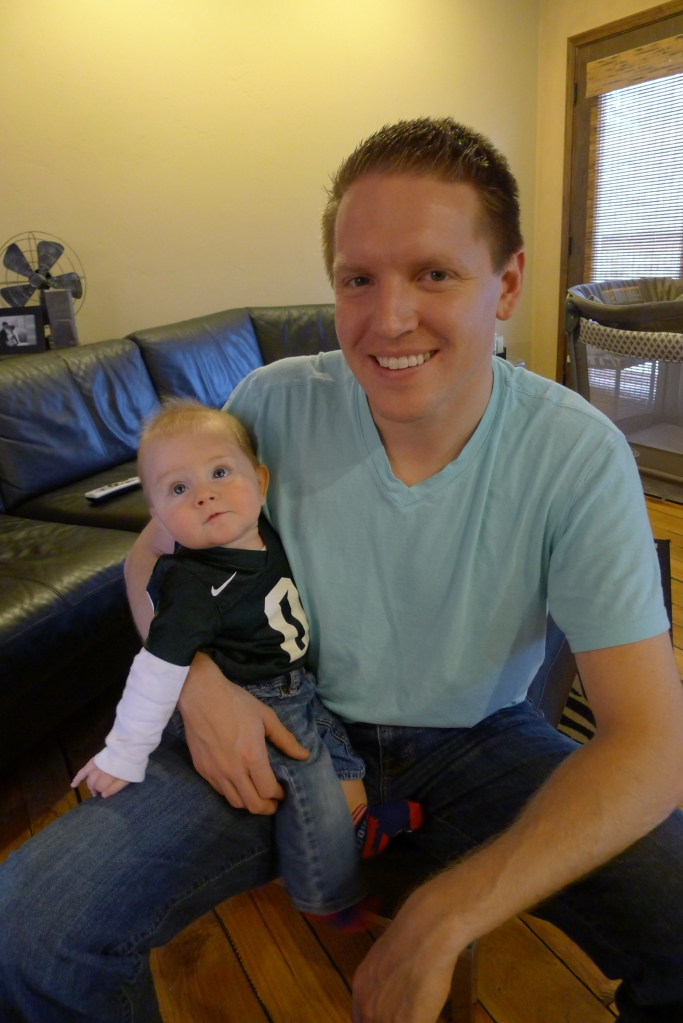 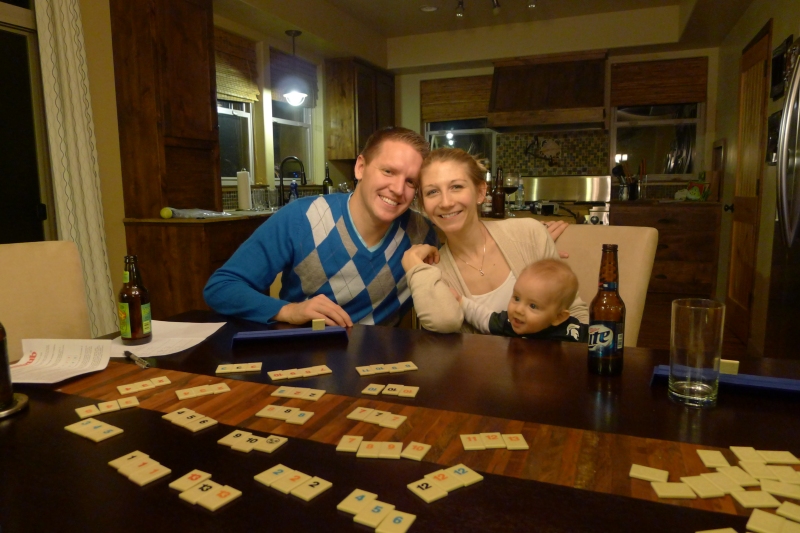 How cute is this little family? 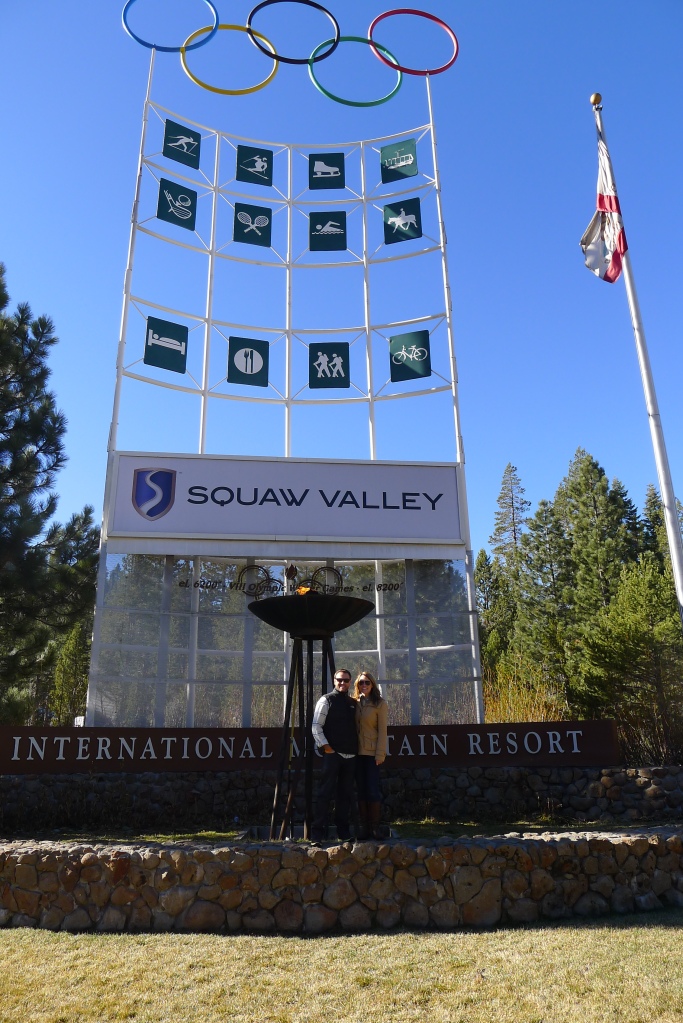 Posing near the Olympic flame at Squaw Valley 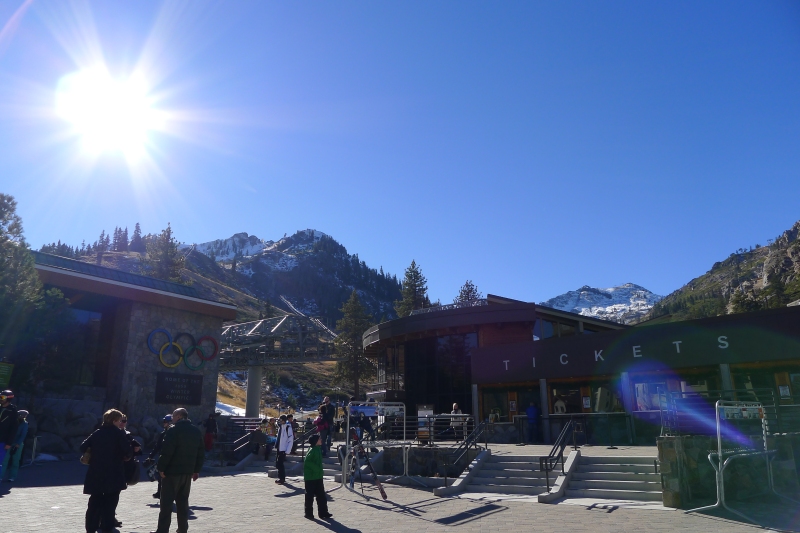 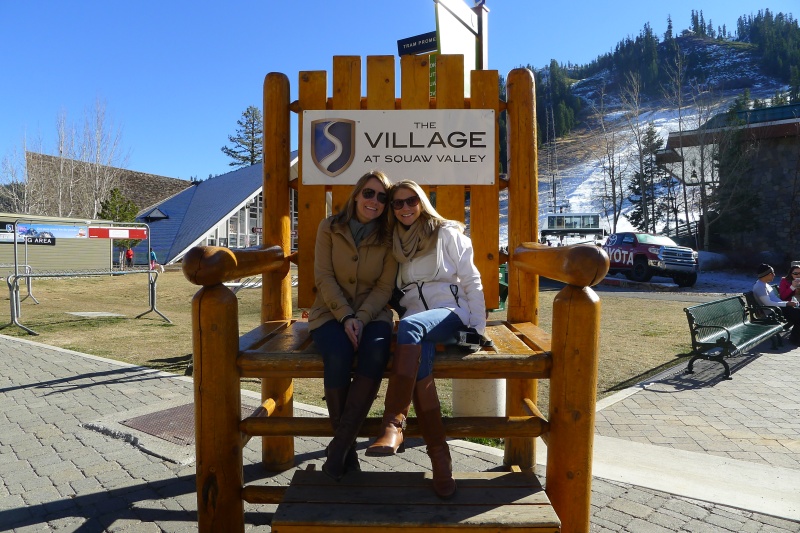 Lizzy and me in the big ol’ chair 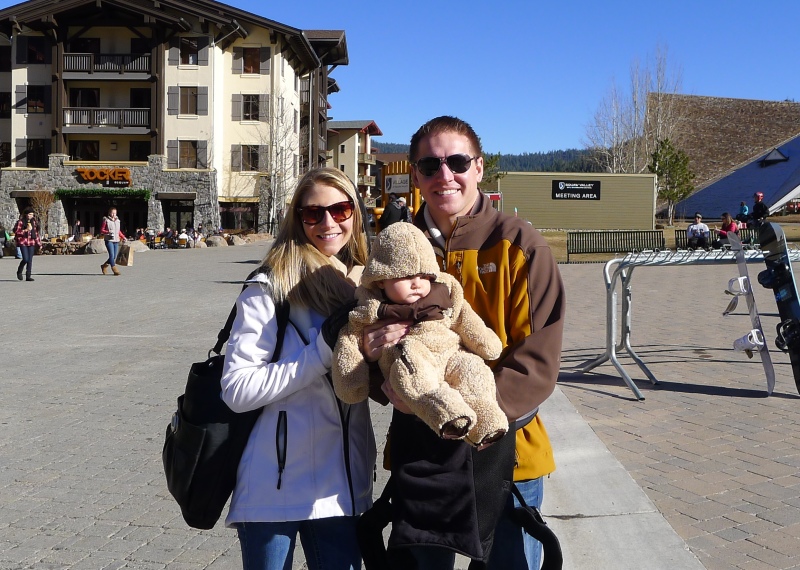 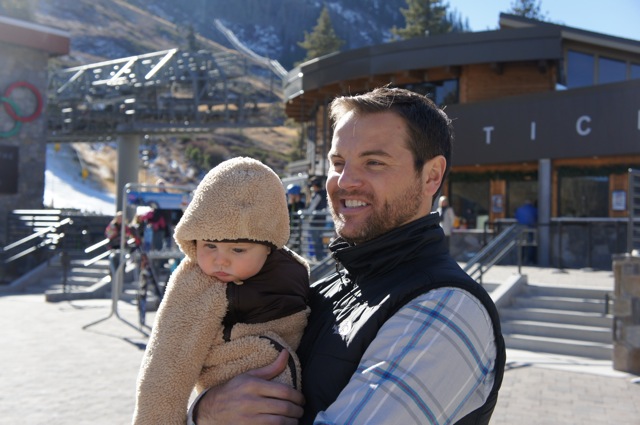 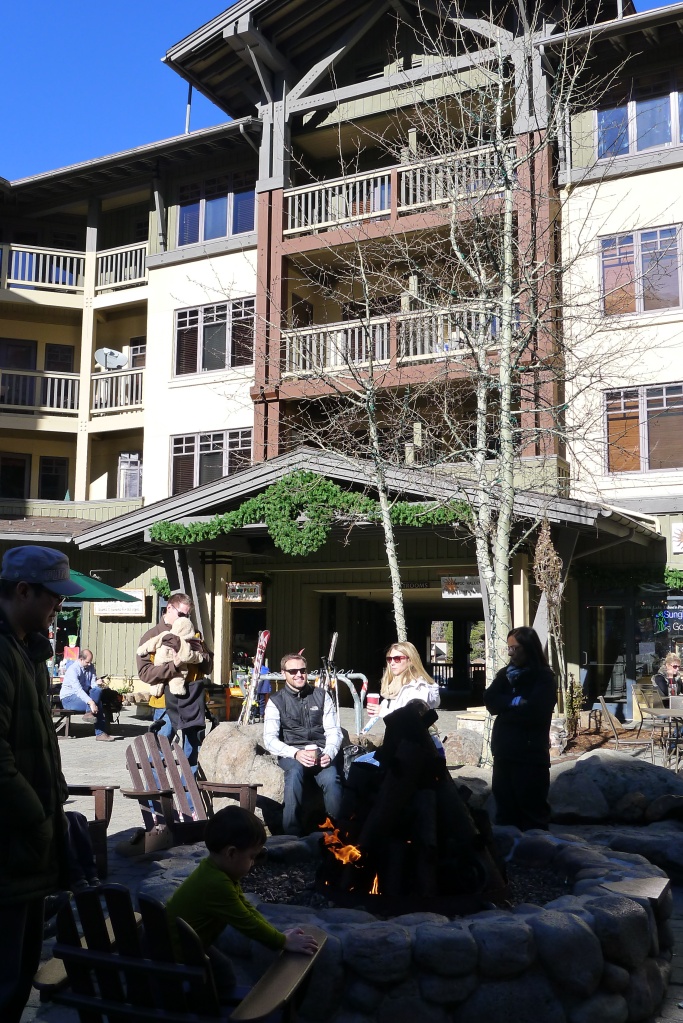 Chilling around the fire pit 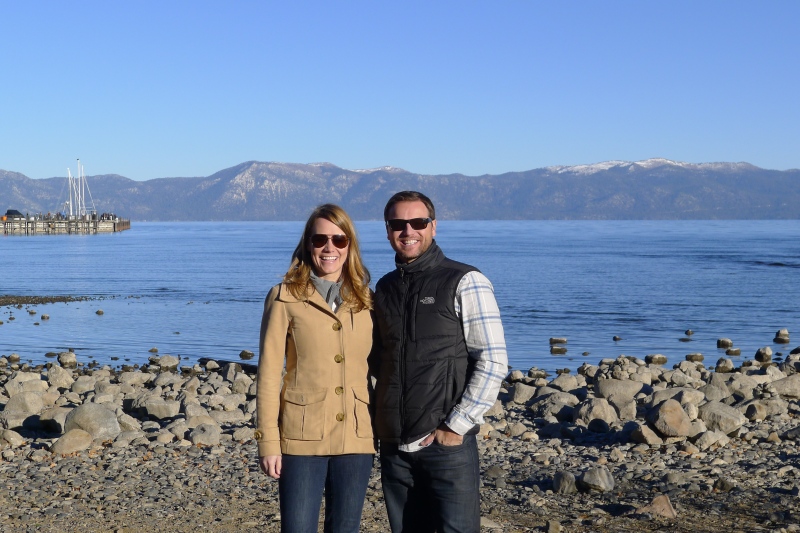 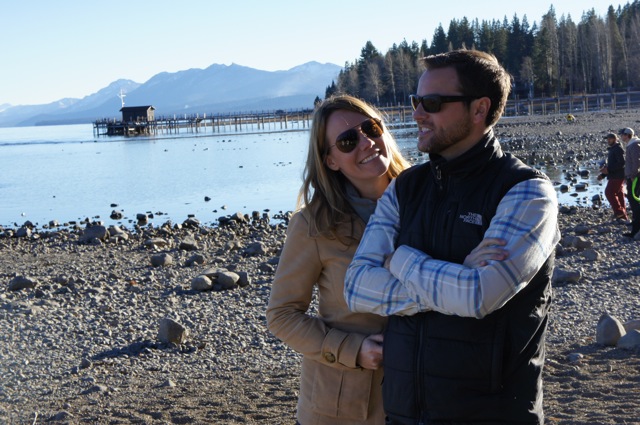 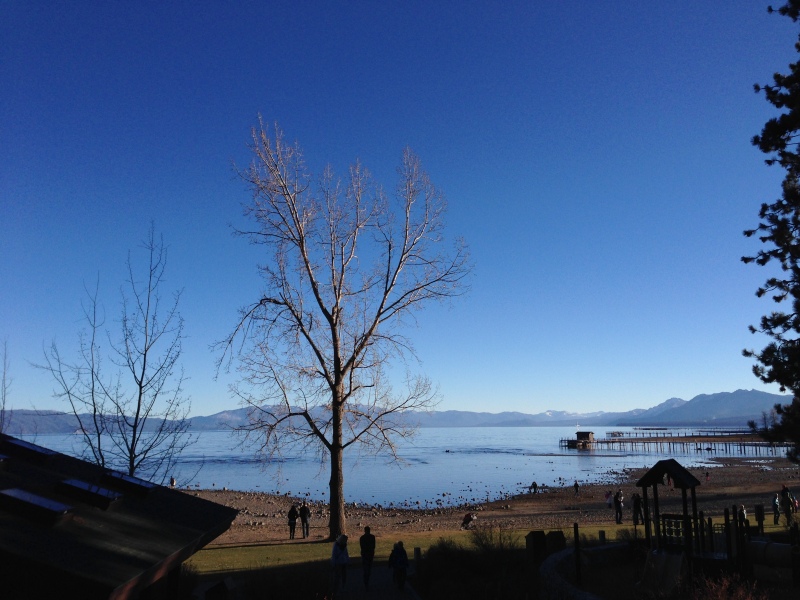 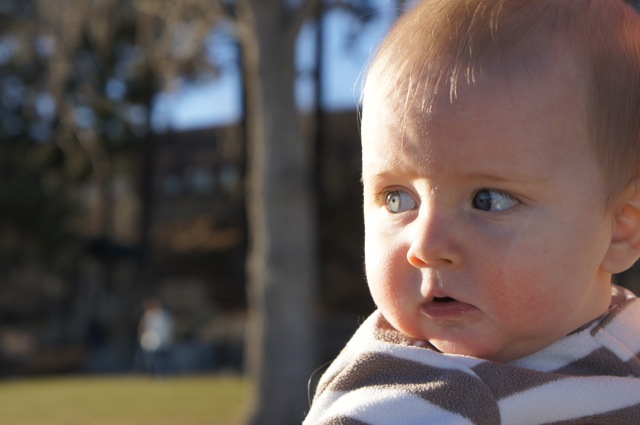 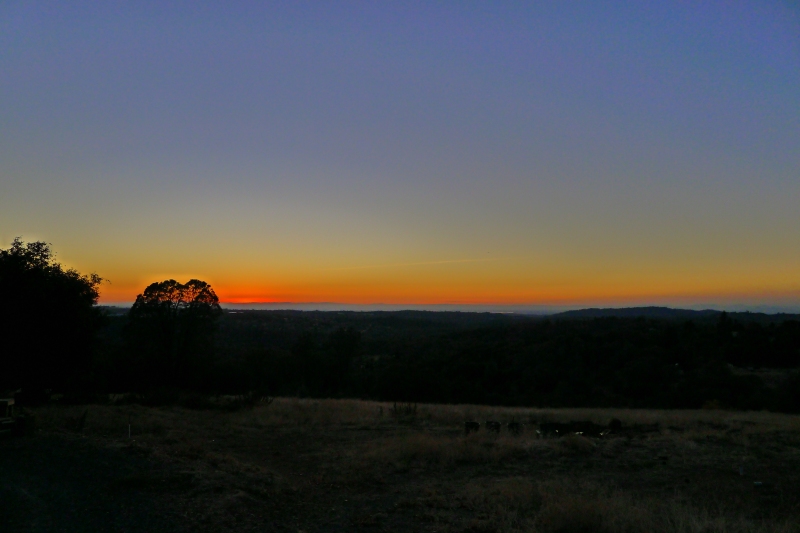 Sunset on our last night in Auburn 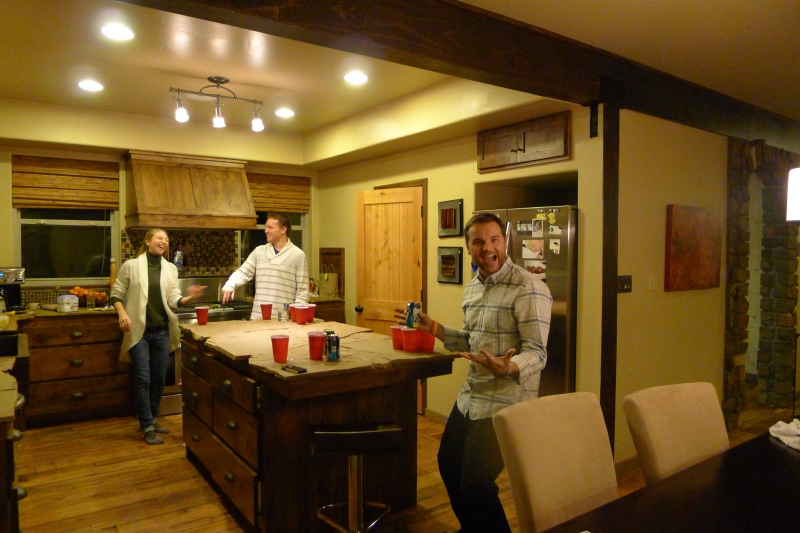 Raw emotion of a fierce competition 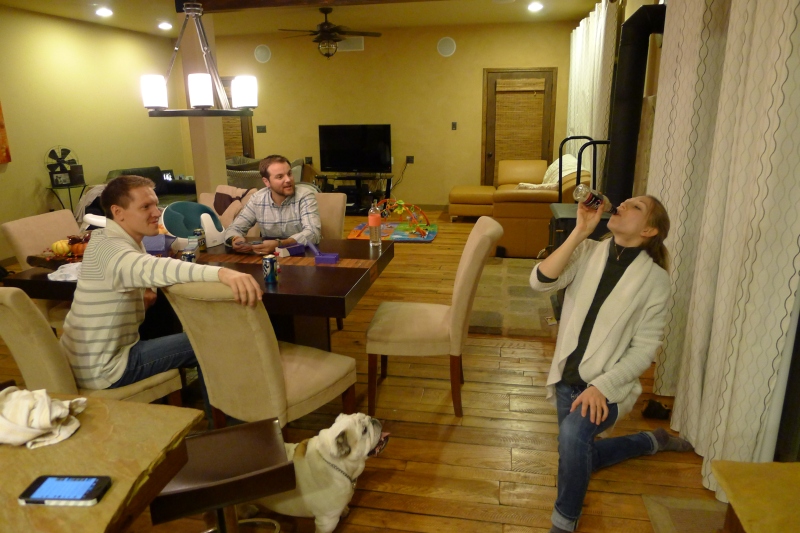 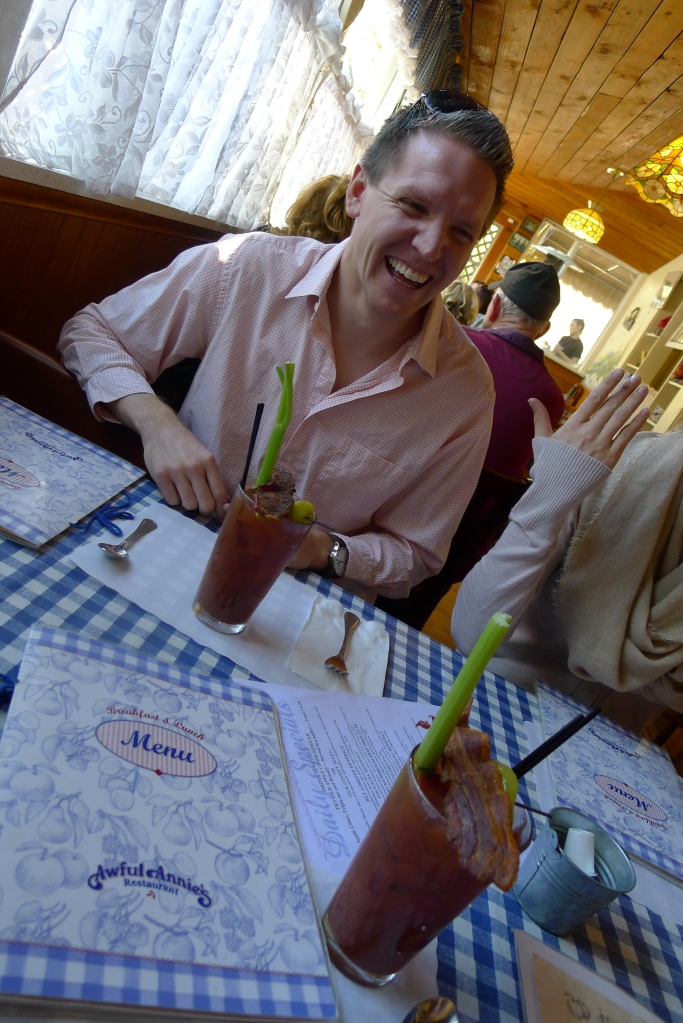 Capping off a fab visit with a bacon-y Bloody Mary. Perfect!