Look at this glorious forecast.

I’m in partial disbelief. But I’ll take it!

Jeff and I took advantage of the amazing Portland spring by checking off an item on our bucket list: biking to work. The Nike campus is a mere nine miles from home, but 1,000 feet of elevation separates us. We identified a route with help from a cycling enthusiast at work (there are lots of them, by the way), Jeff borrowed a road bike from Daniel, and we set out a little after 6 a.m. on Earth Day (apropos, right?) to conquer the West Hills. The route snaked up through the tranquil Washington Park, past the International Rose Test Garden to the Oregon Zoo, down a paved trail along Highway 26, and through some Beaverton neighborhoods to the Nike campus. Whoof, it was not easy. We do not bike much anymore. We totally walked our bikes up some of the steep spots. After a full day of work, the hill looked a little daunting so we took the MAX train to the zoo and rode down from there.

The verdict: We’ll definitely do it again. It was quad-searing but refreshing to be out workin’ it in the cool morning air. And there’s something really cool about having biking as a commute option.

Spring also signals the start of beer fest season in Portland. We and Lindsay, Daniel, and Lindsay’s bro Sven and his wife Diane checked out the Cheers to Belgian Beers festival on April 20. A big, gritty Metalcraft warehouse housed the event, which featured 48 mostly-Belgian beers from 44 mostly-local brewers and a DJ spinning everything from Motown to ’90s rock. It was one of those goofy moments I was giddily happy for the nice weather, fun friends, and the crazy hipster beer-loving Portland crowd.

Now it’s time for me to get off this computer and get outside to enjoy this weather! Happy spring, y’all! 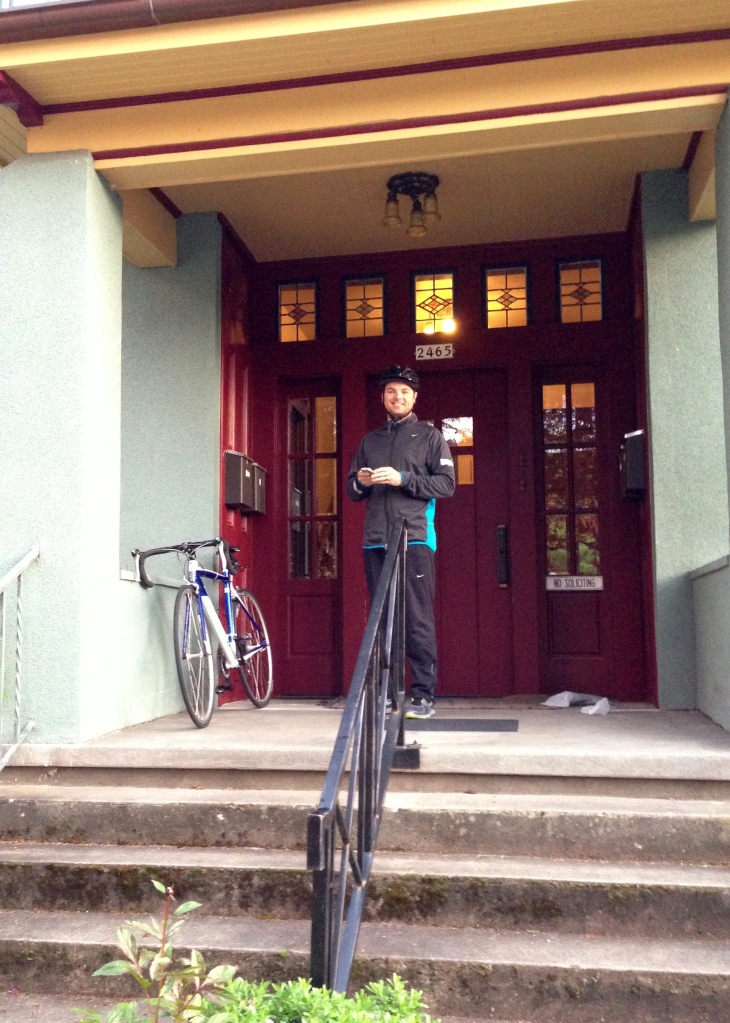 Ready for our ride! 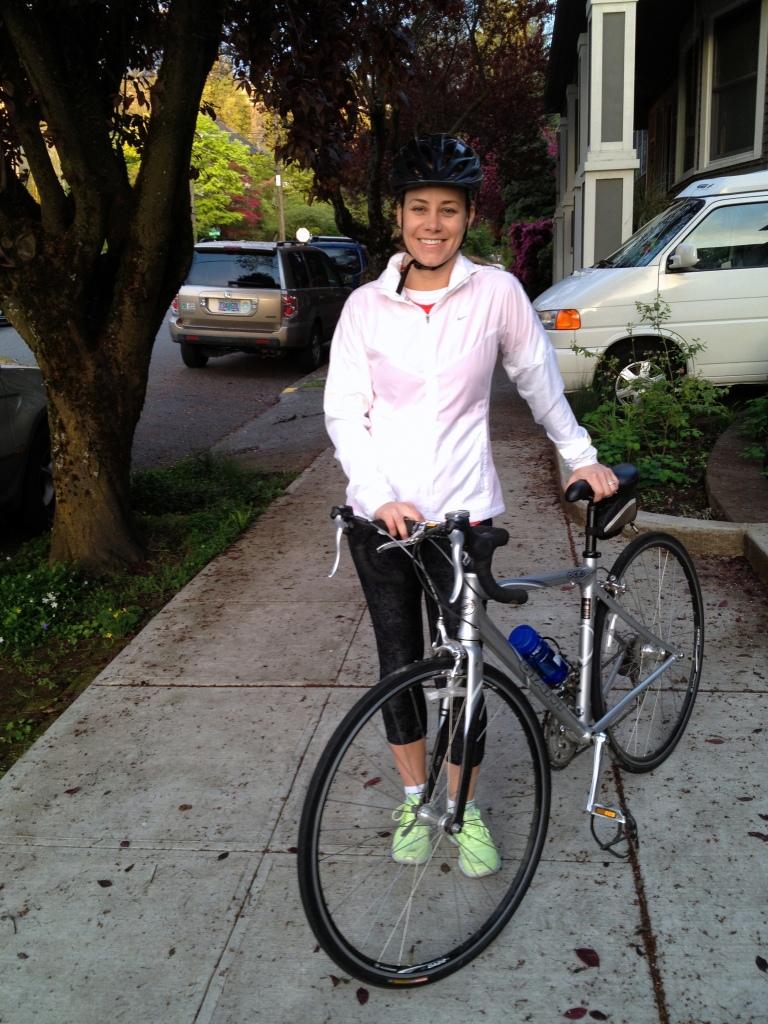 Geared up for our commute 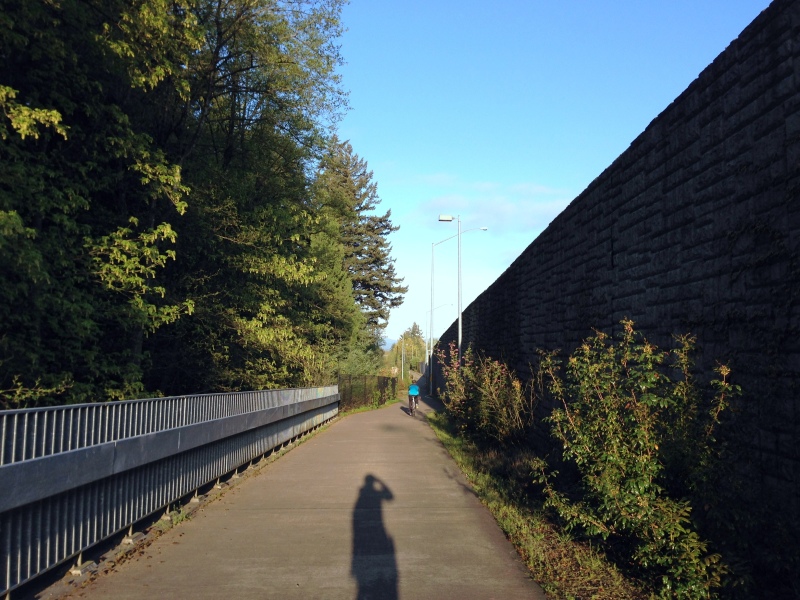 Sailing down the trail along Highway 26 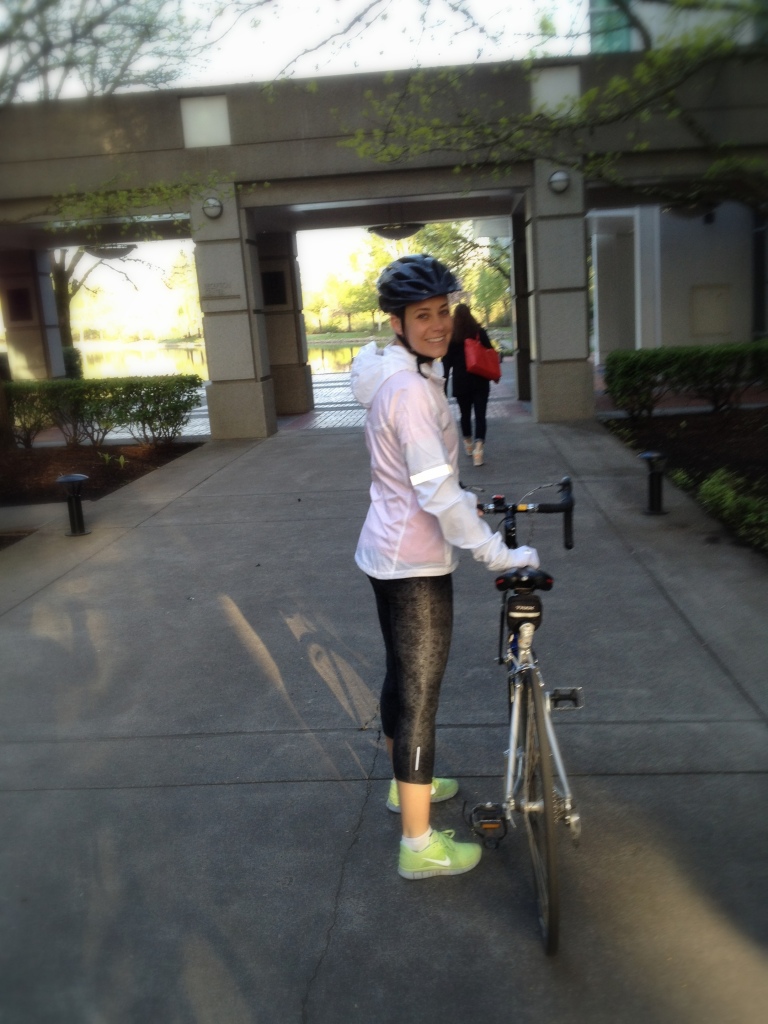 Made it to work!

Riding the MAX on our way home 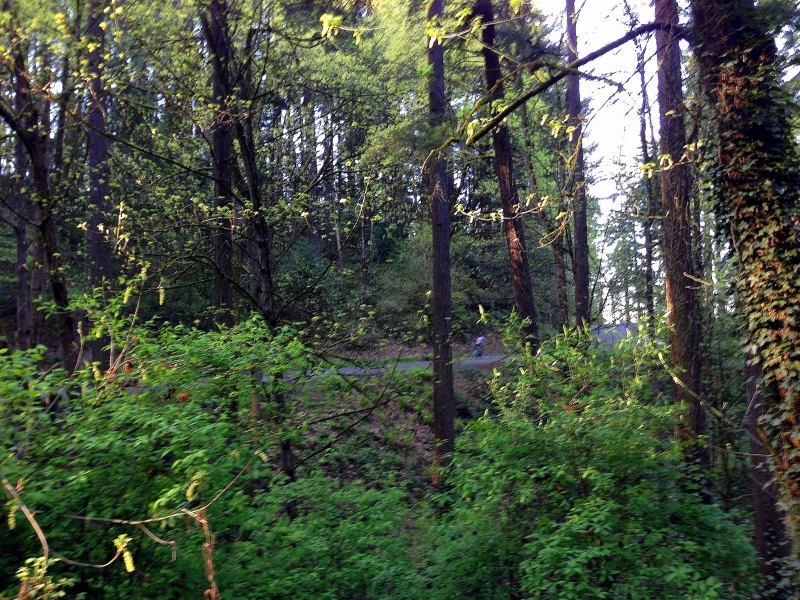 Jeff riding through Washington Park on our route back home 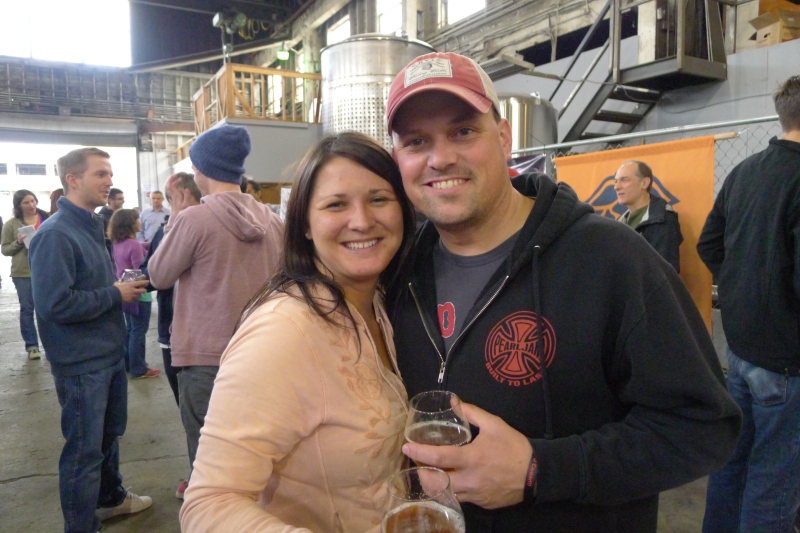 Breaking out the fancy duds for the beer fest 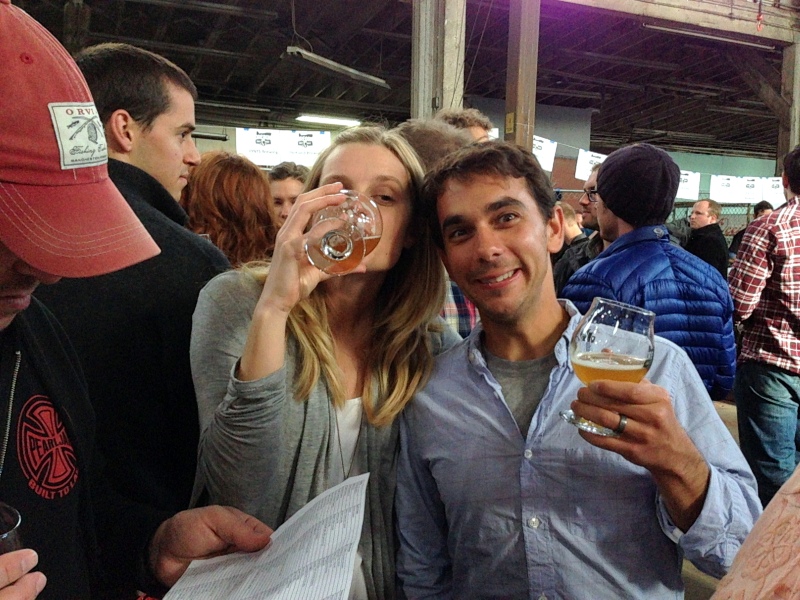 Some crazy people we ran into at the event. Honestly, we don’t know them.